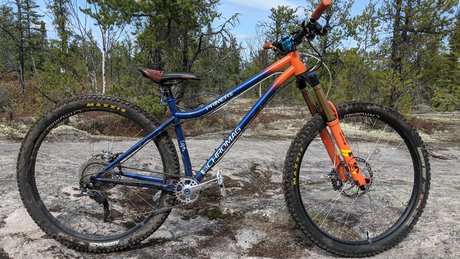 A comfy perch, a banger of a deal, and some minimalist gloves are among Matt's favourites...

Nick gets burly on his Chromag hardtail hitting some old school lines with seemingly effortless confidence...

Jarrett Moore has been living away from B.C. but that hasn't impacted his turbine smooth style...

Hardtails On The Shore

Watch Steve Mitchell, Dan Skogland and Mitch Forbes smooth out the Shore on their Chromags...

A full day on steel Chromag hardtails touching the four corners of Whistler? How hard could that be?