Partway through the year I made the move across the Georgia Strait to Victoria, and wound up purging a lot of gear in the process. Everything that made the jump to the Island was carefully chosen, but I’ve picked three pieces that rise above the rest. Here’s my best of 2015.

Chances are, if you’ve ridden a bicycle in a bike park, you’ve seen Chromag’s famous OSX handlebar. They’ve come in pretty much every anodized colour under the sun, and for the longest time they were they were my go-to bar.

Earlier this year I was given the opportunity to try something new. I’d been hankering for a set of carbon bars for a while, but it seemed that they came in two flavours: super-narrow featherweight bars for XC pinners, or massive gondola poles for the DH crowd. Since I tend to chop my cockpit down to a somewhat more manageable size, the carbonious Cutlass and it’s 750mm width were bang on the money. 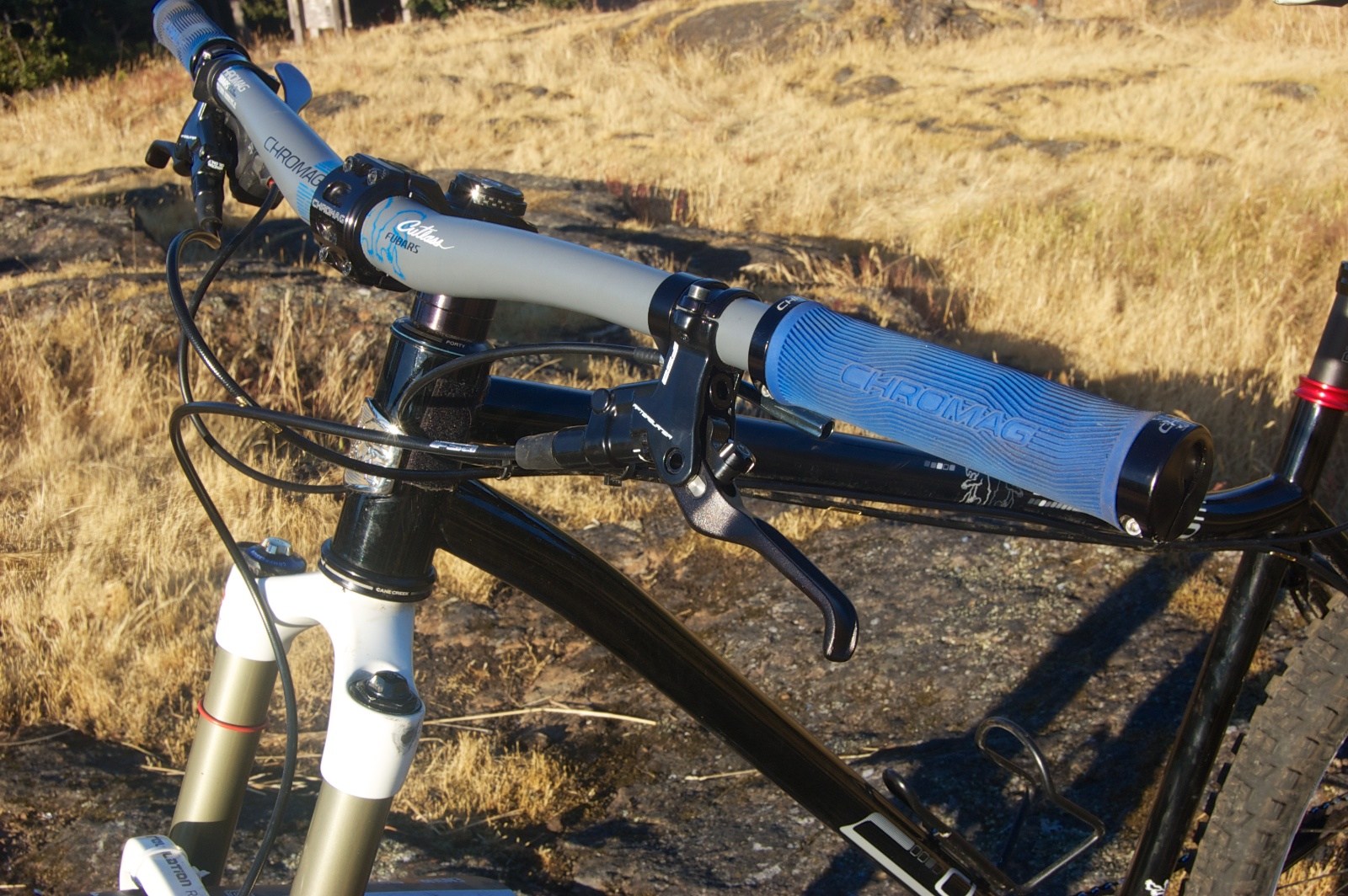 They may not be the widest bars out there, but their sweet blend of carbon and form fit me perfectly.

Since then, it’s done yeoman service, spending a tiny bit of time on my intern bike, before jumping between various loaner bikes, and winding up on my Chromag Aperture. I’m loathe to give it up, and it’ll likely continue its gypsy existence as other bikes come and go through the stable.

I love a sleeper hit, and the Kali Maya helmet is a perfect example. At first glance, it checks all the right boxes: deep coverage on the back and sides of the head, an integrated light and camera mount on the visor, and plenty of venting for long, hot days in the saddle. Add the fact that it weighs a scant 300g, and it becomes a hard package to beat. The best part of the Maya though is the price tag: $99 USD. Granted for those of us living north of the border it will cost a bit more, but given that comparable products from POC, TLD, and Bell will run cost you more, the Maya is a solid deal.

The Maya even comes in a crazy-bright Enduro Approved blue.

Despite the low price tag, the helmet doesn’t feel cheap in any way. Kali uses dual EPS foam in the shell, all of the hardware is easily replaceable, and the padding comes out in a single piece to make washing easy. When the time comes to replace my current helmet, another Maya sits at the top of the list.

My relationship with gloves is complicated. I like the tactile feeling of my bars and grips with nothing coming between us, but having spent too much time picking debris out of my palms and smearing Polysporin on skinned knuckles, I’ve come to the conclusion that gloves are a necessary evil. 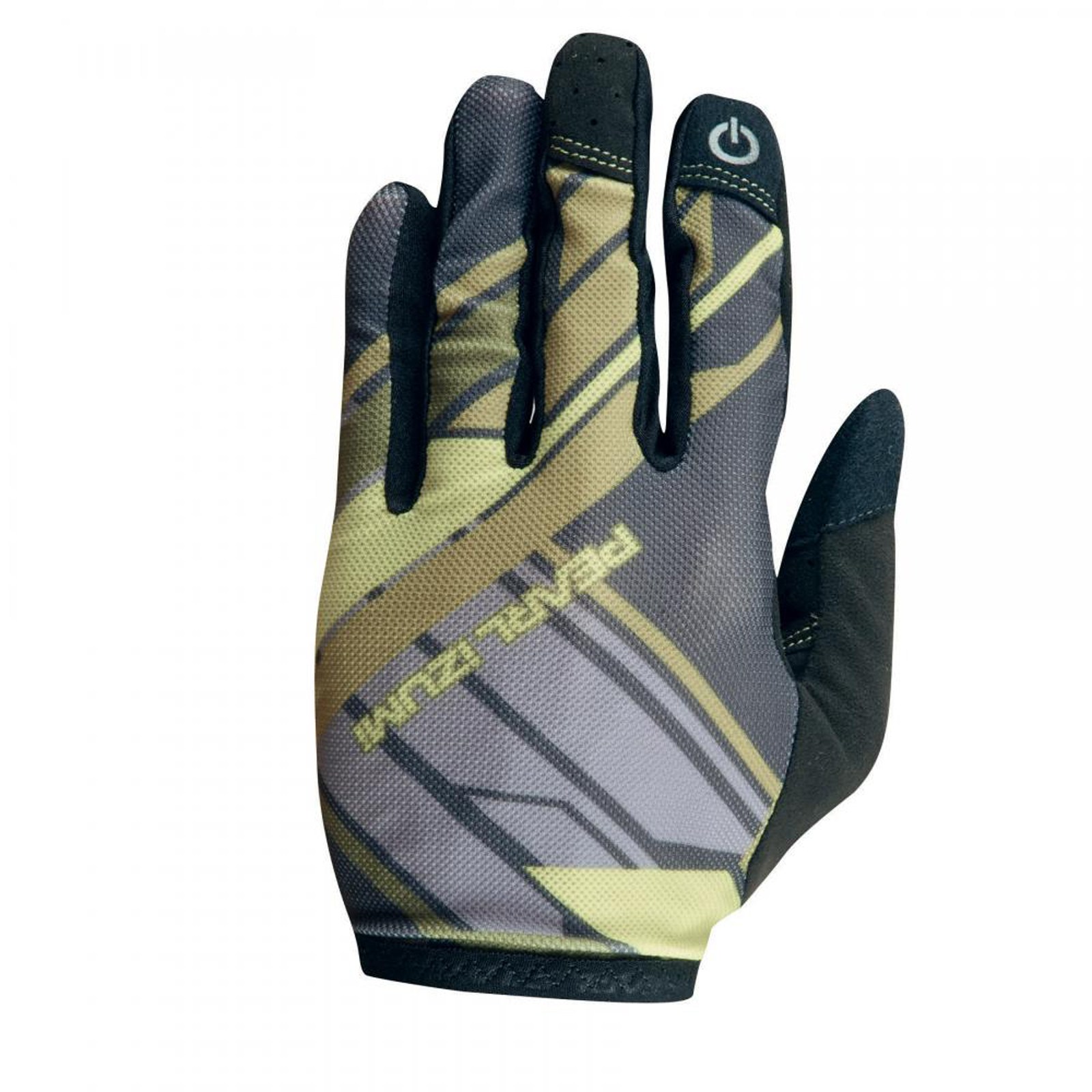 The Pearl Izumi Divide gloves are as close to a bare palm as I can get. There’s no hook and loop closure to fumble with, and the lightweight stretchy mesh on the back lets me feel the breeze on my hands. Flipping the gloves over reveals a thin but robust synthetic leather palm that has stood up to mountains of abuse with nary a flinch. Having touchscreen-compatible digits is another nice feature, as it simplifies my Instagraming and Strava-ing while on the go.

The Divide gloves are a solid compromise between bare-knuckled riding and the massive mitts of yore.