In the past two decades, Vancouver’s North Shore has raised plenty of the world’s best riders, filmmakers, and photographers. The “Ride To The Hills” generation of freeriders and builders have made their mark on the global scene, with ladder bridges, or “North Shores”, showing up at nearly every trail network worldwide. Though the glory days of the North Shore as the be all end all of mountain biking are long gone, Vancouver’s riding scene is still thriving. Along with Reece Wallace, Eric Lawrenuk, Nick Tingren, and many others, Caleb Holonko leads the new generation of builders and riders from the shore. At 17 years old, he has already been integral in the creation and maintenance of many Vancouver riding zones, including his own private set of jumps, ‘The Foxhole.’ Although Caleb’s jumps were torn down just after shooting wrapped on this film, plans are already set to put shovel to dirt on the next spot. Until then, we hope you enjoy Caleb showcasing his talents on both big and little bikes. 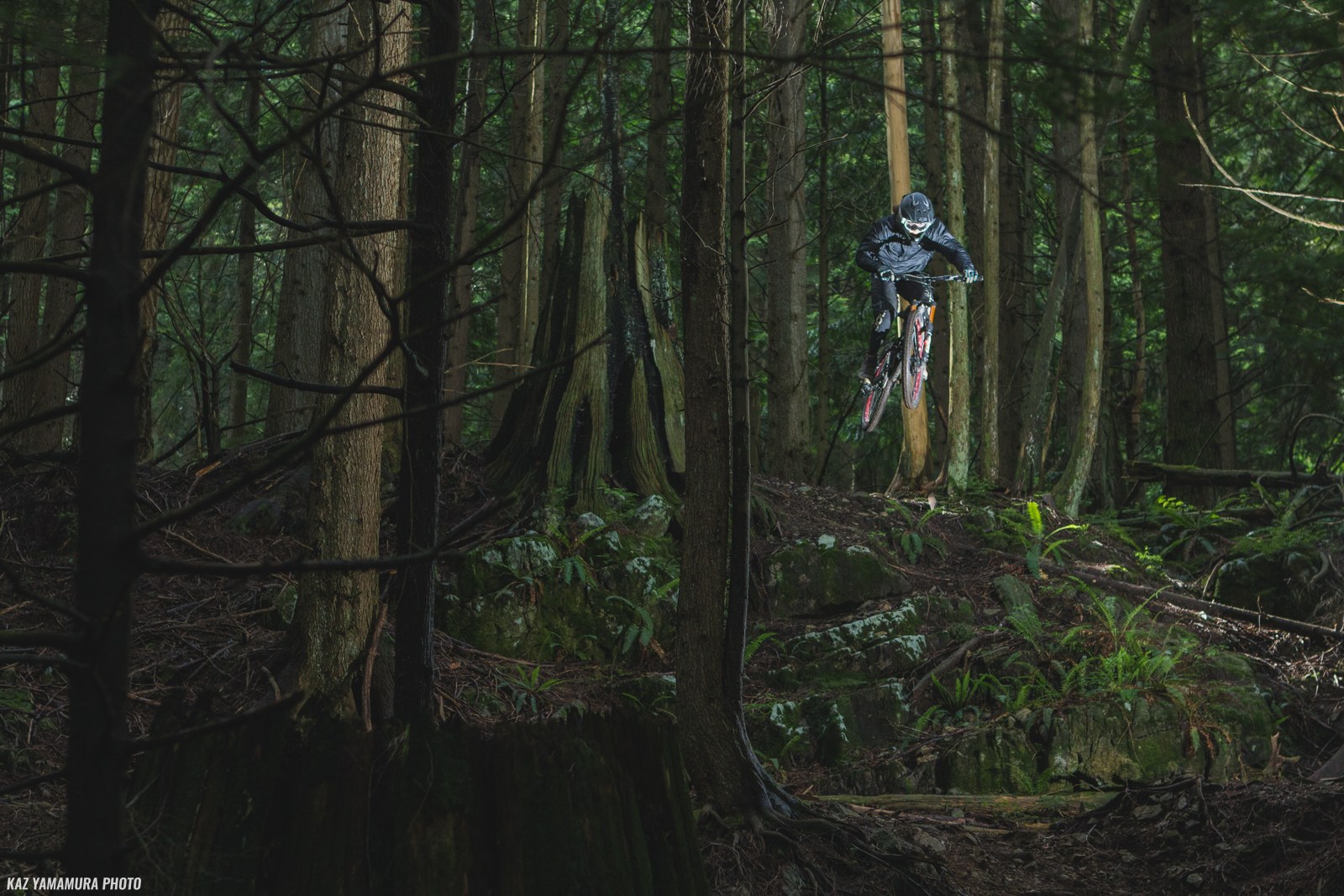 Many of you may have ridden past Warden’s gap on Fromme, but have you hit it? Caleb would return a few weeks later to barspin off the drop. 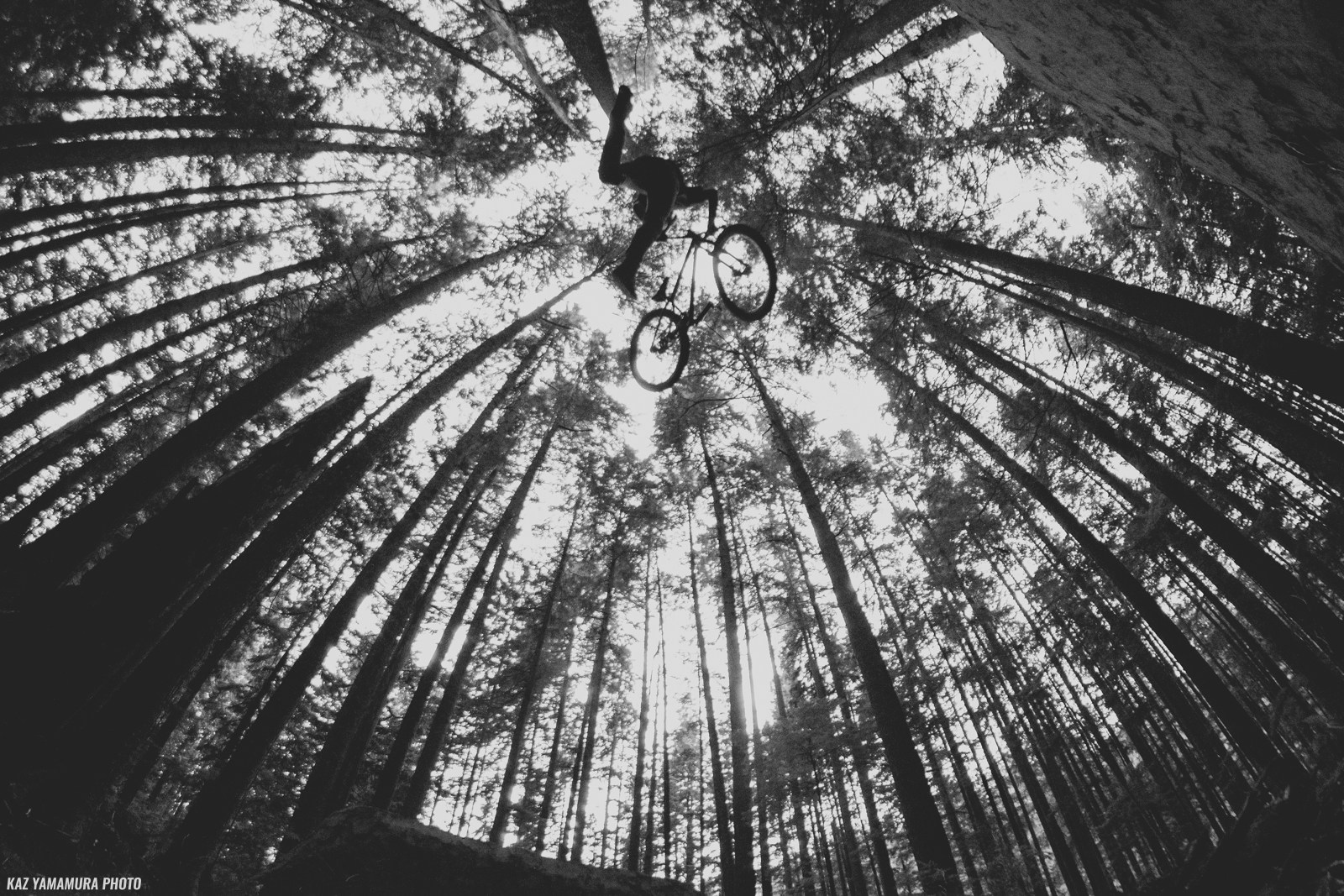 Digging for the big set of jumps finished on the first day of shooting. Caleb threw some hammers down not just for the camera, but for the sake of doing so. 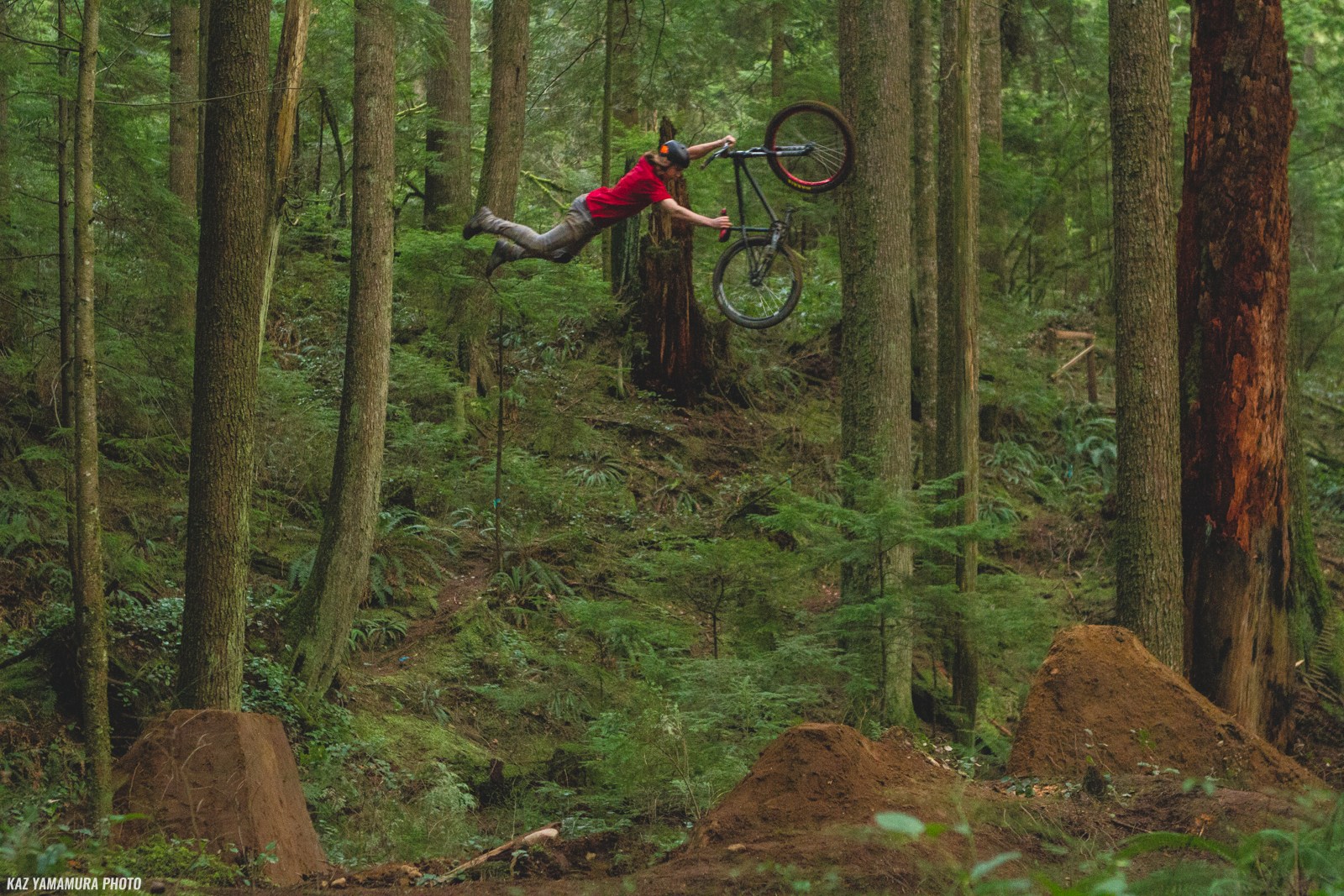 Superman seatgrab on the big jump. 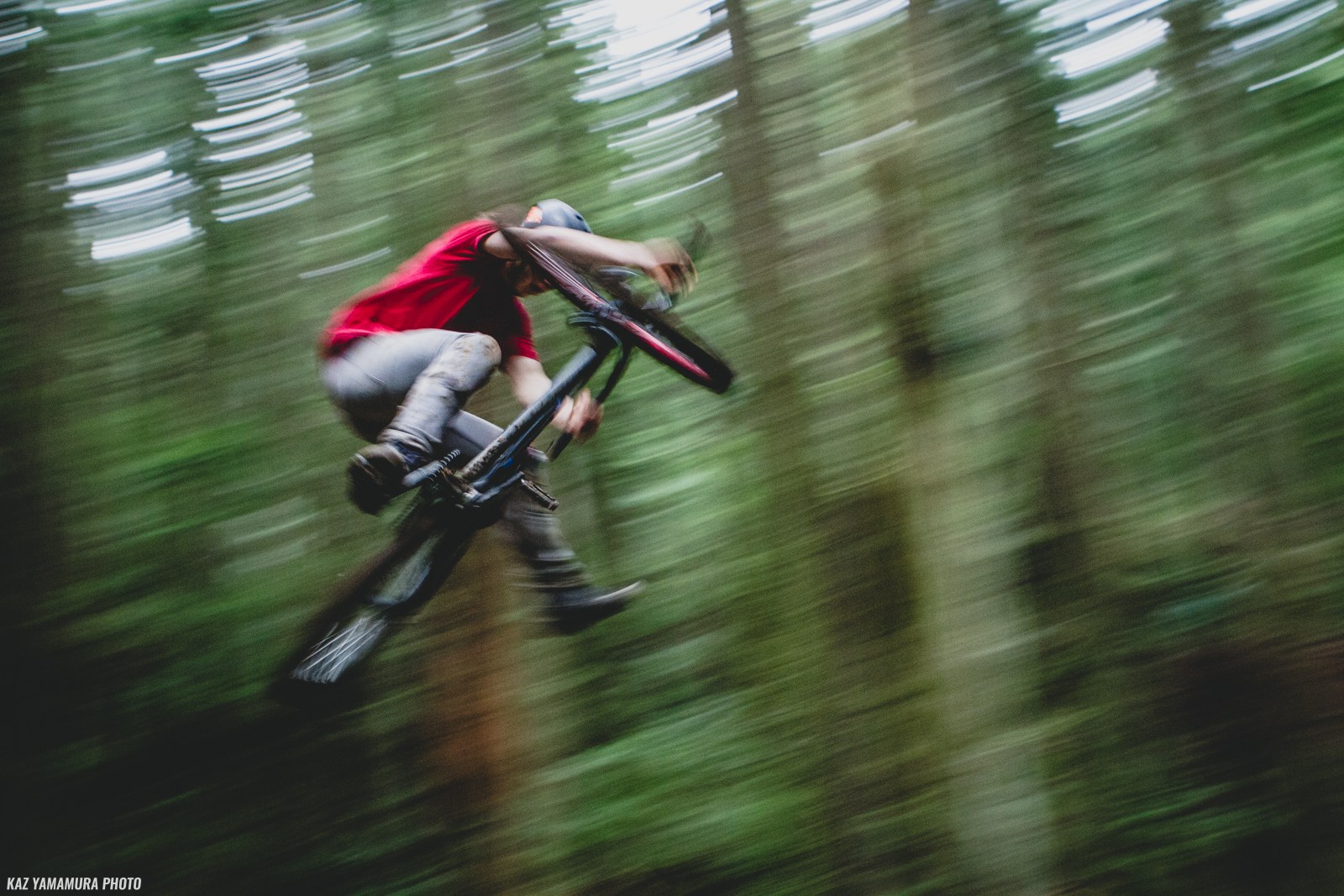 As the forest got darker, it was time to adjust the shutter speed to let more light in. 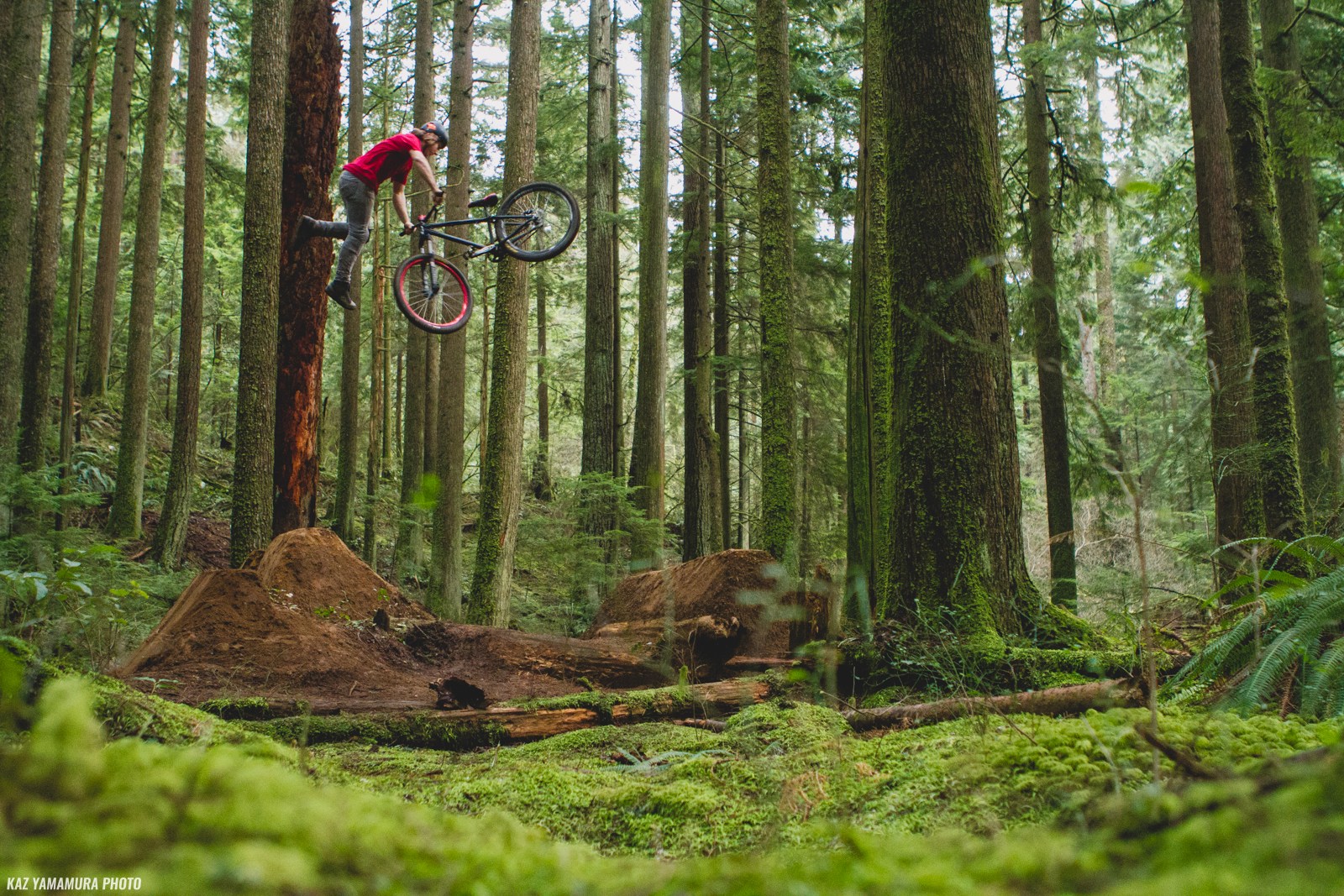 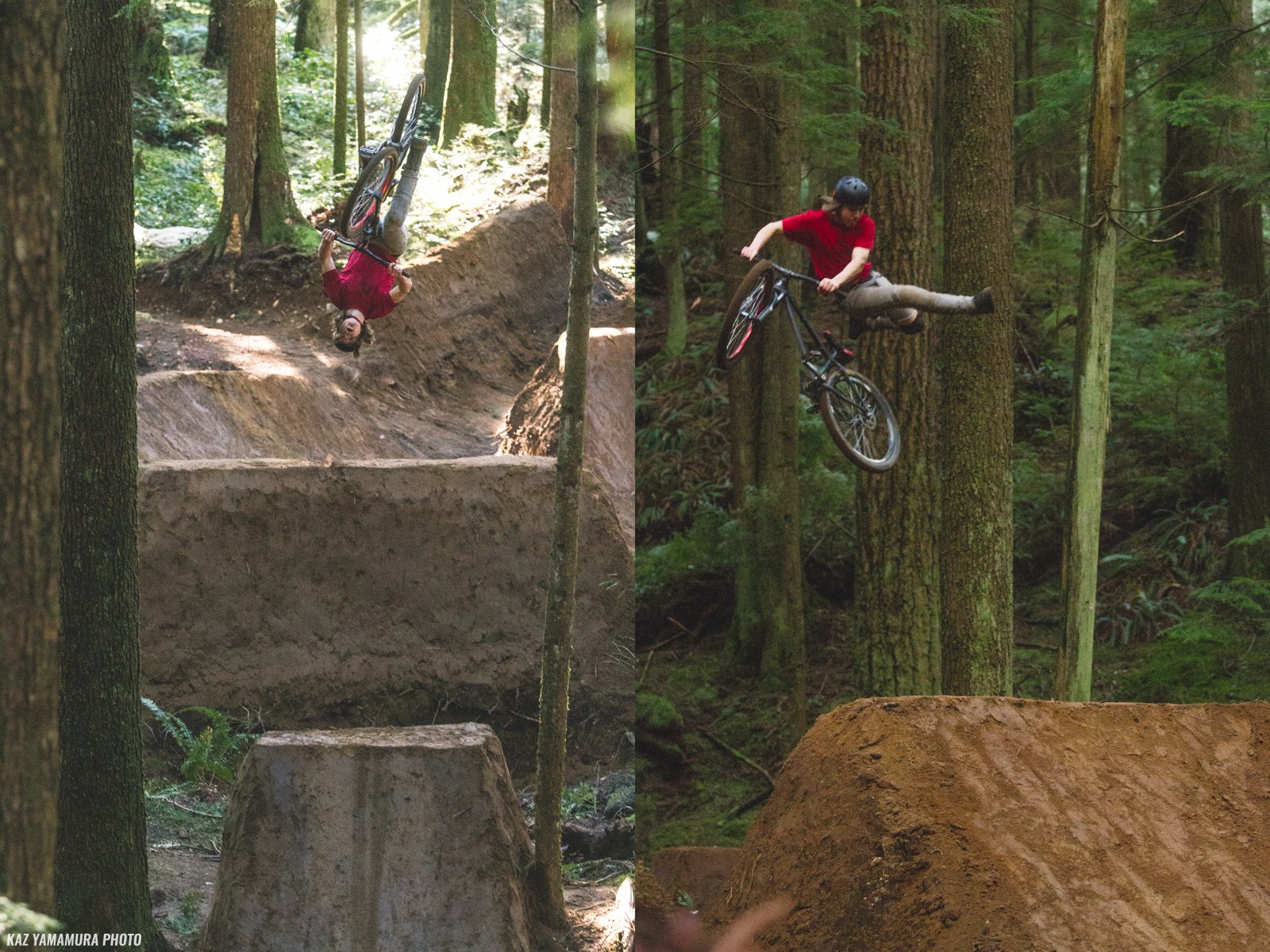 L: First backflip on the big jump. R: Throwing some no-foot tricks in the mix. 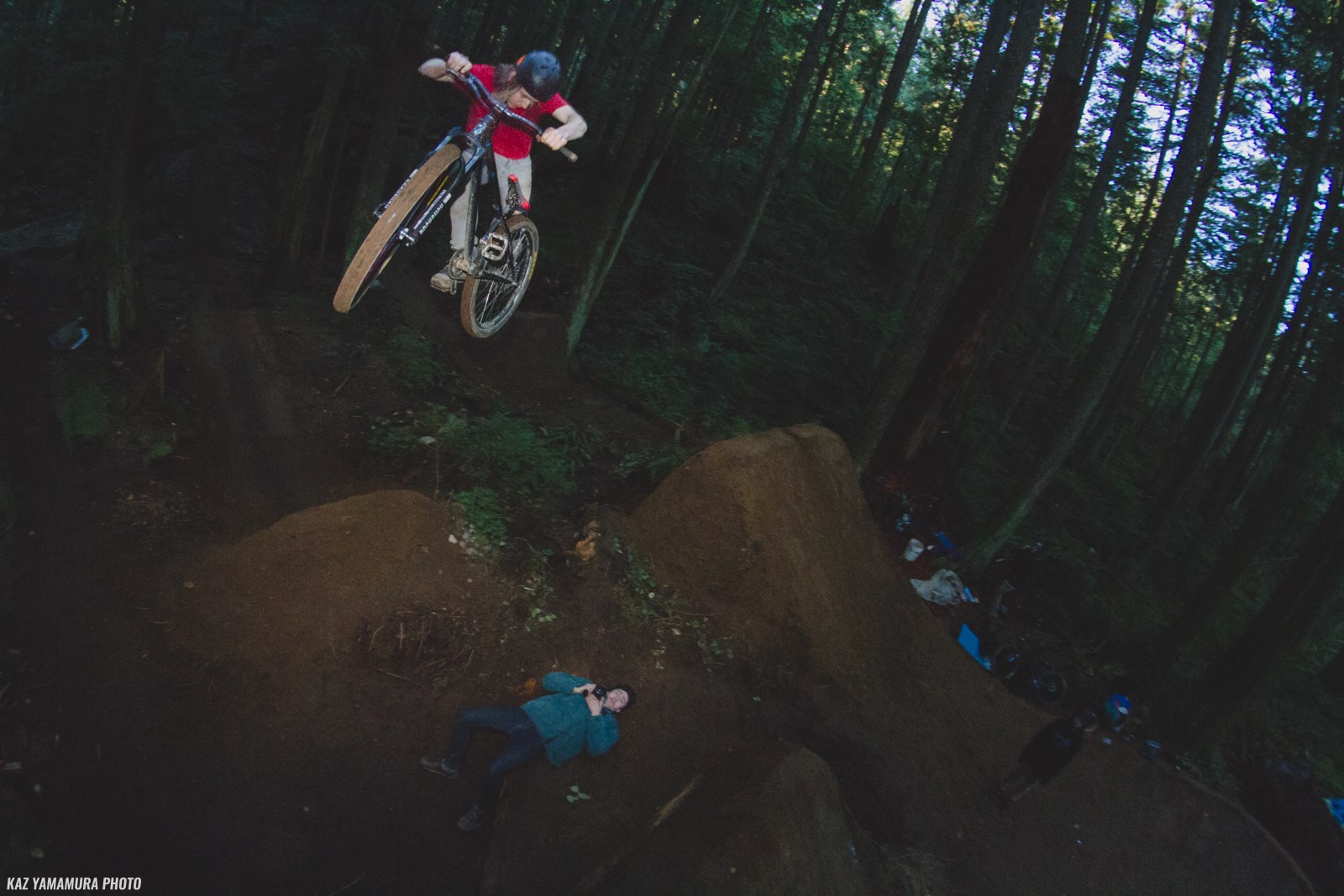 Filmer Max Berkowitz getting his prized jacket dirty for the shot.

Expect big things from this young gun in the future…

Now I know who's crazy enough to build and ride those jumps. Were those the jumps that Metro got all upset about?