It has taken a whole week for my taint to recover from the Chromag ‘Exile on Steel St.’ ride last week. 70 kilometers of riding on Whistler’s valley trails will do that, but to do that distance on the trails we rode on a steel hardtail… that takes a different type of rider. One that probably likes to wear nipple clamps in their spare time. 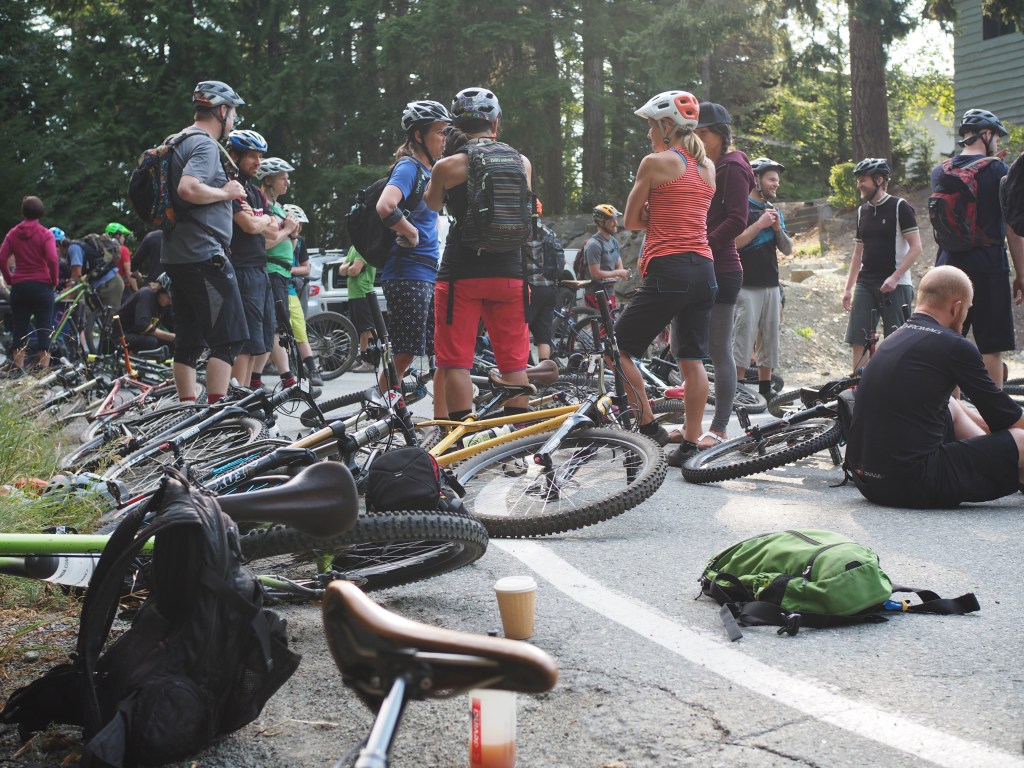 A hardtail ride like no other, 66 Chromags about to head out for a big day.

Chromag is one of the most recognizable brands around the Sea to Sky corridor. The logo, an angry bear grabbing its junk, certainly doesn’t hurt, but the Chromag guys have built up a strong following of rippers over the years. While they may be more well known for components like bars, stems and saddles today, the company started out by building steel hardtail frames that were shaped with the riding around the Whistler valley in mind. So to celebrate the 10th birthday of Chromag, a big day of riding on hardtails in Whistler was really the only way to celebrate. Oh, and to finish that off with a party at Chromag HQ. 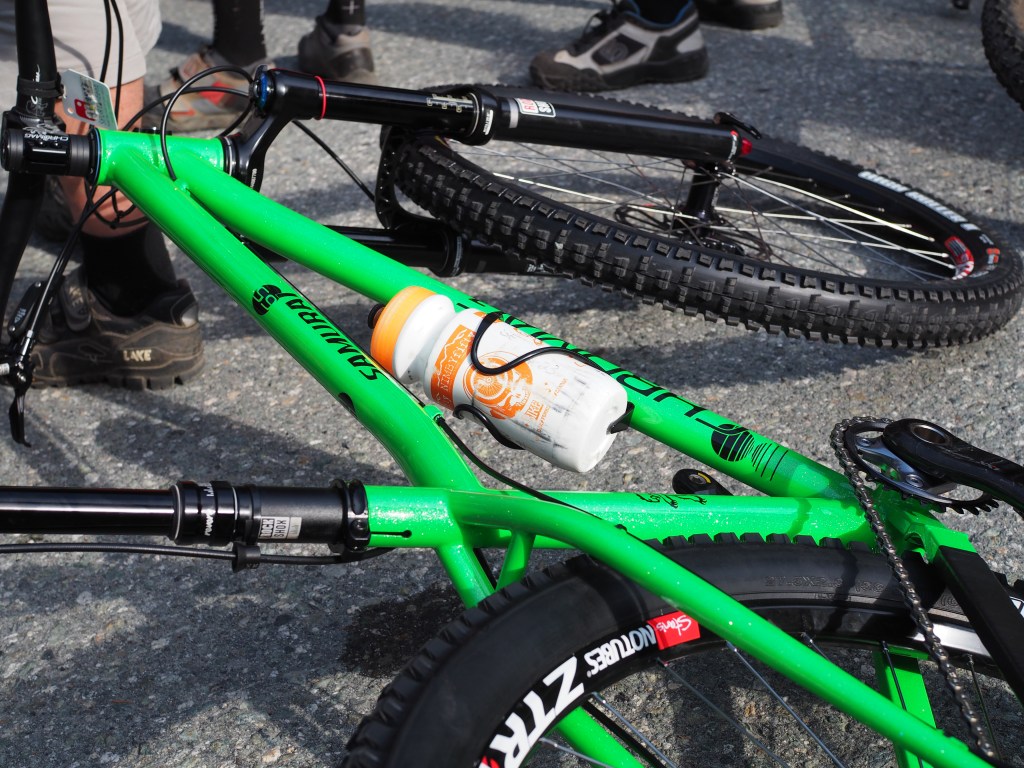 From so fresh the paint is barely dry…

The world of steel is an interesting one. Some people dismiss a hardtail as a cross country bike, some people wonder why, when full suspension bikes have become so good, why anyone would bother. For those that have been around bikes for a while the simplicity of a well built steel hardtail is attractive and the need to really think about how you ride and the lines you choose adds challenge to any trail. 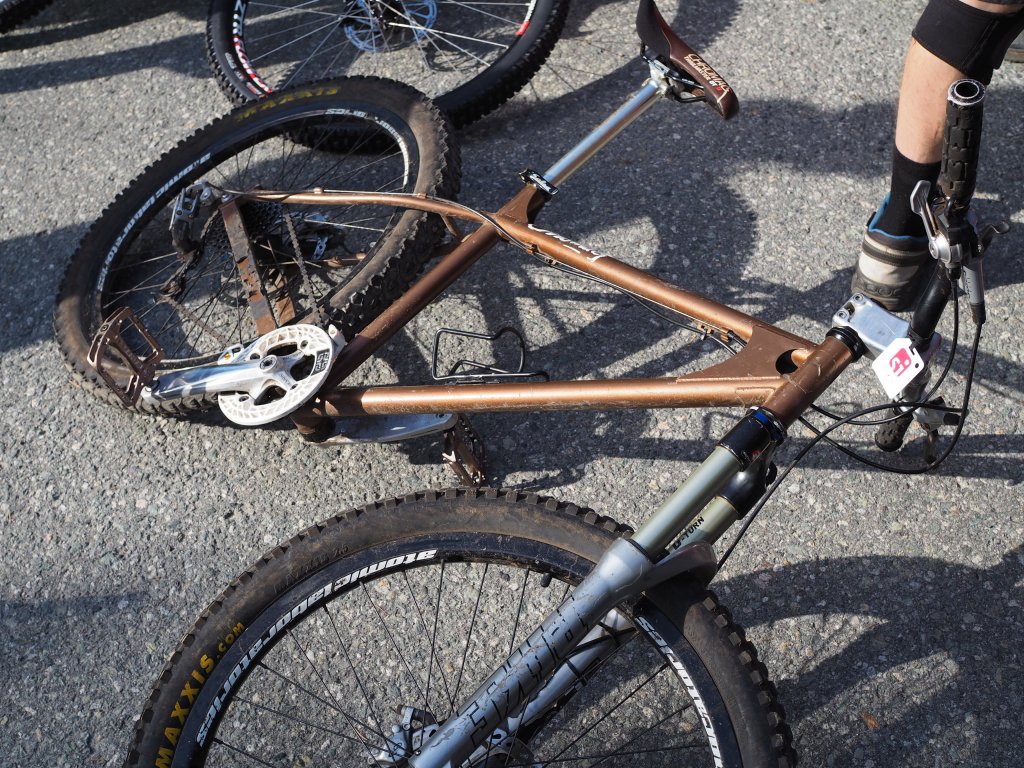 … to some classics. There were Chromag frames from all walks of life.

So 66 savage hardtail riding masochists gathered at 9:00 on a Saturday morning to partake in a meeting of bikeaholics anonymous and to celebrate the Chromag family. Kind of fitting that we were one digit off of the number of the beast as what laid in front of us last Saturday was a beast of a day. 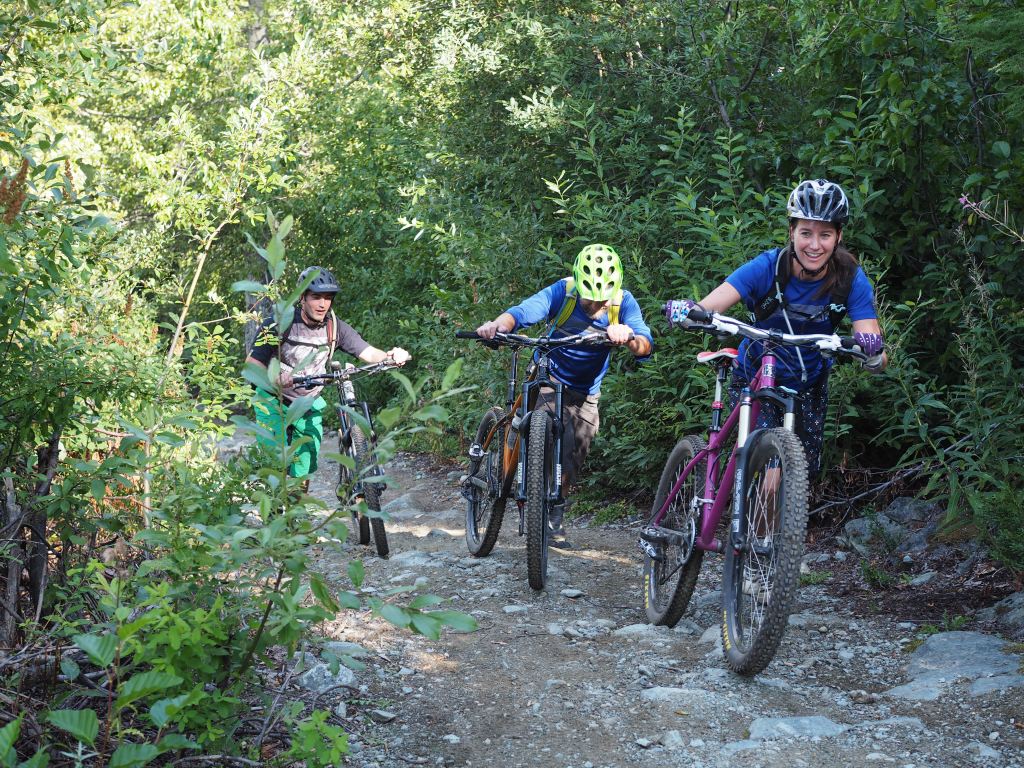 The first climb of the day up to Howler was a doozy.

Tony Horn was one of the ringleaders for this event and his reputation preceded him. Given that Chromag’s Friday afternoon rides are renowned for being on the epic side, having a whole Saturday to play with meant that we were in for a huge day. The route was going to test everyone and took in all 4 corners of the Whistler valley and the trails picked were the cream of the ever growing valley trail system. Howler, Big Kahuna, 99er, AC/DC, Comfortably Numb… just some of the trail names that we would see over the day. Oh and a (clothing optional) dip in Lost Lake in the middle of all that. 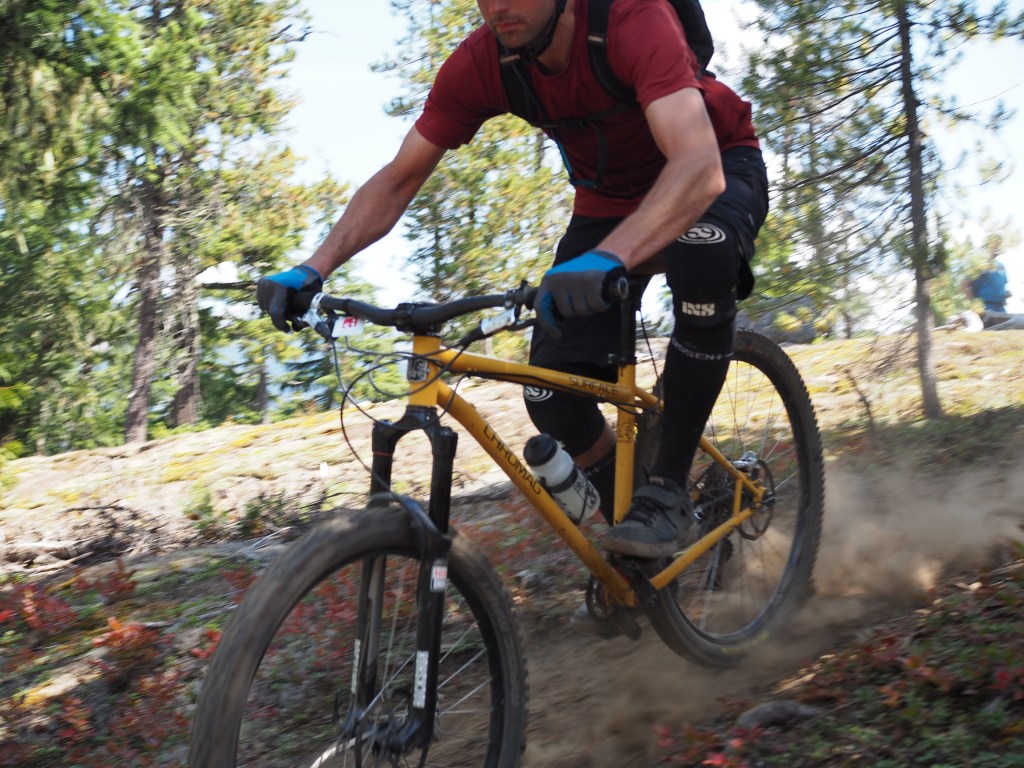 Ian Ritz rode so hard all day is was impossible to get a good shot of him riding. This is Ian, but you’ll have to take our word for it.

Ian Ritz, Chromag’s boss man, had never seen so many Chromags being ridden together since he started the company and was visibly stoked on the day. There were Chromags of all types present, from the new to the classic. Some fresh paint jobs were on show along with some interesting variations on the Chromag family. 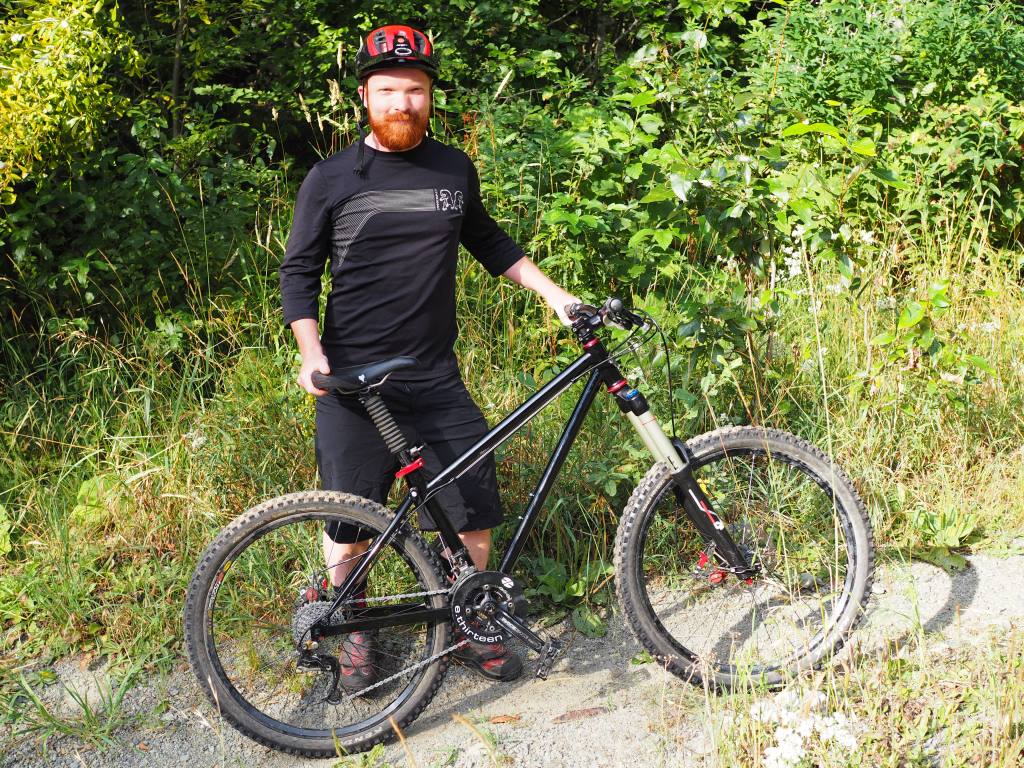 Daniel’s fresh frame looks conventional from afar but take a look at what is hiding behind the seat clamp.

Of all the bikes on the ride, the most interesting to me was Daniel’s custom two-part frame. This unmarked and un-named frame was designed by Ian and the rear triangle can be removed from the front to pack up super small into a case for traveling around. If you didn’t have a keen eye this frame would have passed you by with the bolts tucked up behind the bottom bracket and the seat clamp. 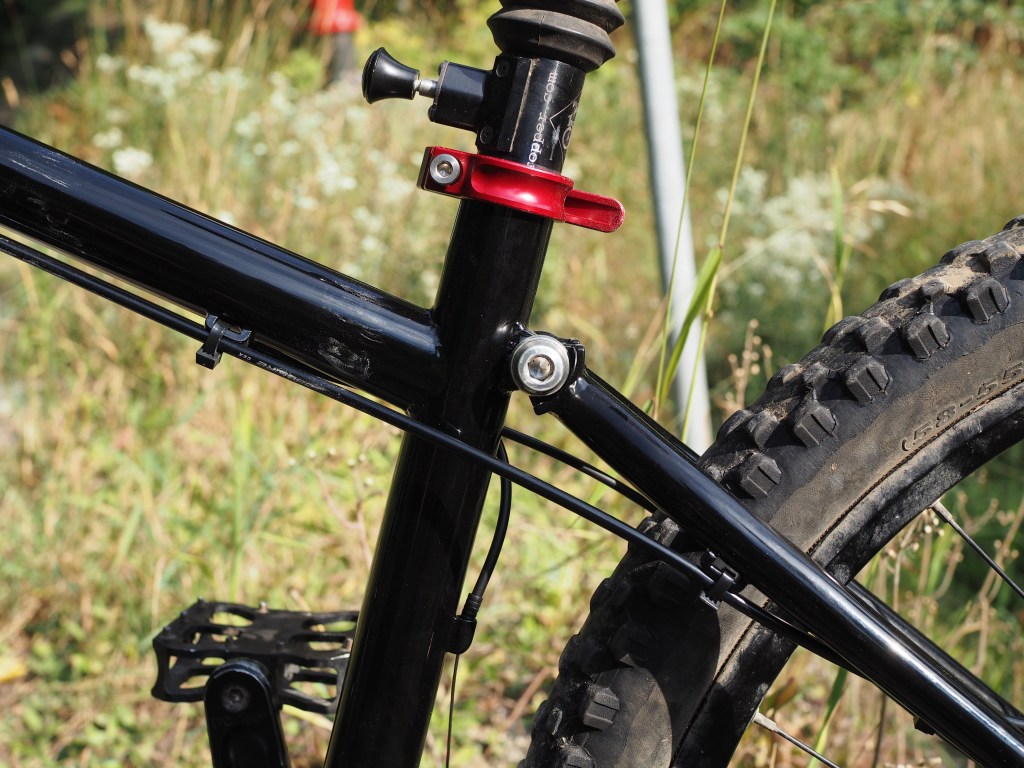 That bolt is one of two that hold the rear triangle to the front. The bike can be packed into a case that airlines won’t charge you an extra fee to take with you on your travels.

The idea of the day was to just have fun. There were some timed sections for those that wanted the pressure of the ticking clock to rip as well as a poker game to play by picking up cards at certain points in the day. For most it was about chatting with other addicts and being part of a crew of shredders out for an amazing day of riding. 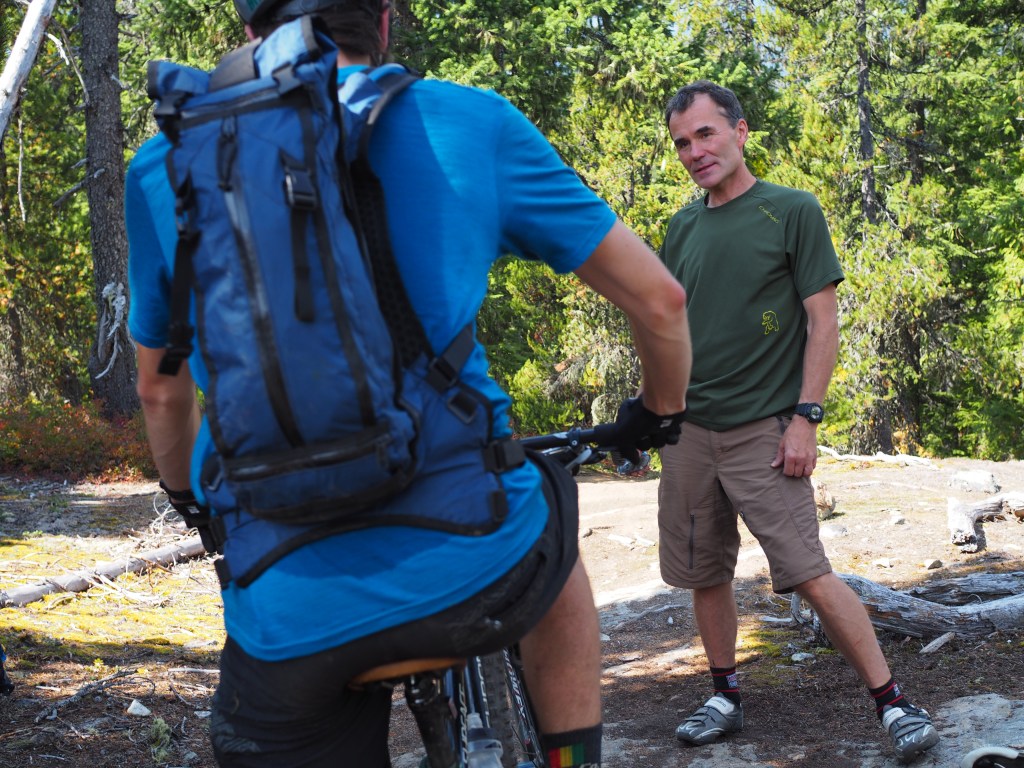 “Are you sure you want to ride down there on a hardtail?” Thanks to all the vollies that helped out.

Big grins, high fives and a generally high level of stoke was what I remember of the day. Even towards the end when thoughts of a beer and food were at the front of our minds, the dust-caked grins of the crew that had just survived the rock faces on AC/DC were as broad as at the start of the day. 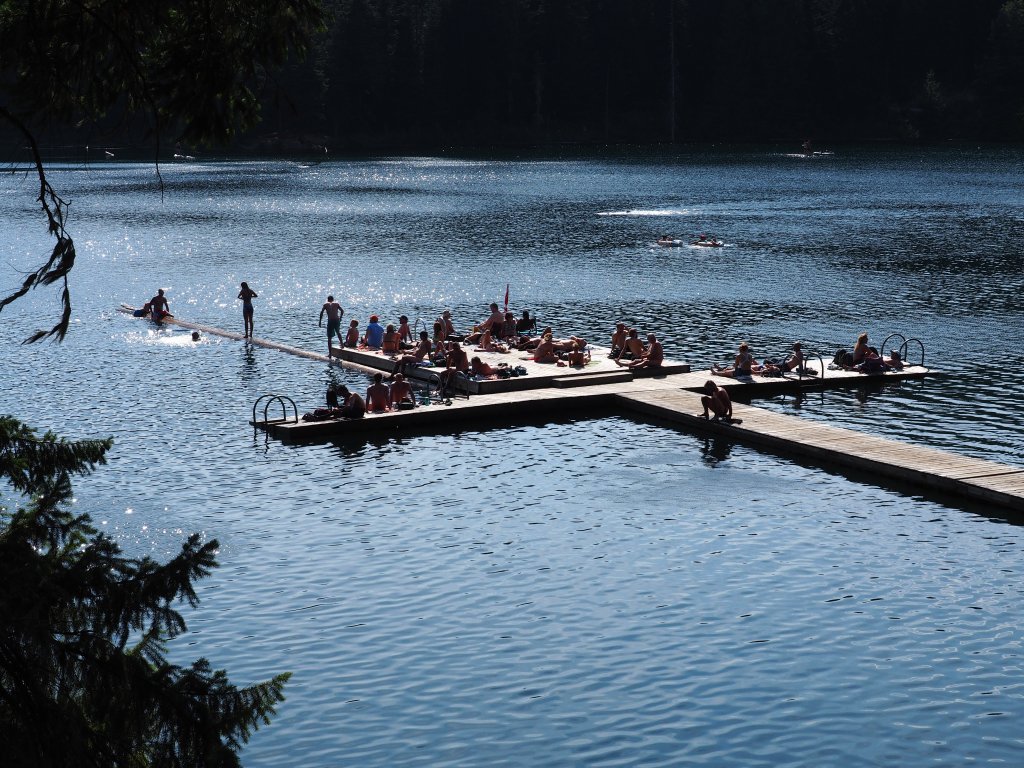 The swim from the dock on Lost Lake just about saved me after the second stage.

Before the event we were all invited to submit a word that represented what we felt about the Chromag family. Lots of words come to mind, shredders, hardcore, crazy, heinous… but given the vibe and the inclusive nature of the day, I’m going to go with family. 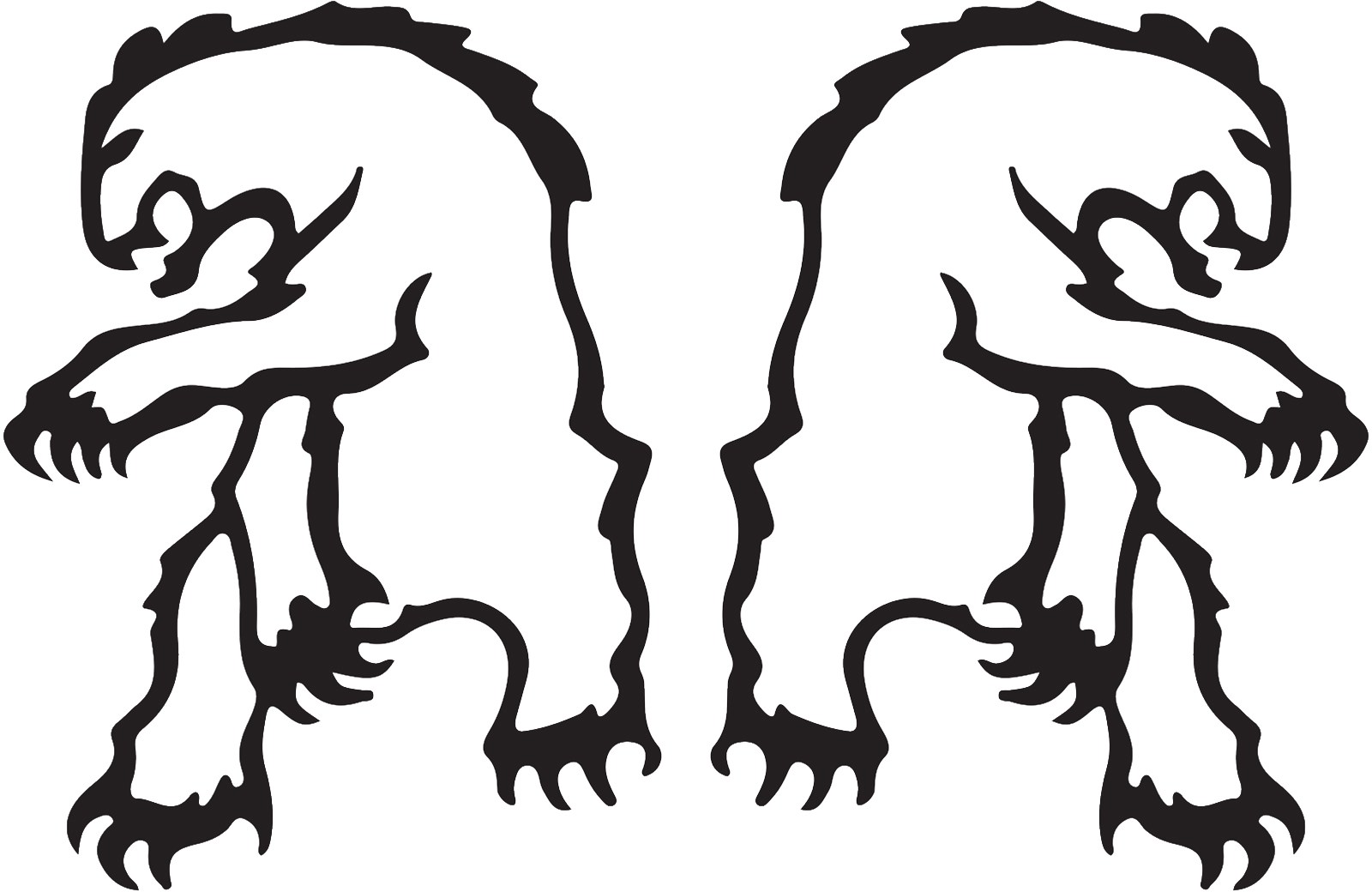 What will the ride be like? Ask the bear.

Thanks to all for a memorable day riding bikes. It will be a day of riding that I will probably tell my grandkids about. Oh and to Tony Horn… you are a sick puppy.

Happy Birthday Chromag and here is to another 10 years.

facking eh, chromag all the way

Maaannnn. Wish I could have made that one. Decided to do 12hrs in the Chilcotins instead. Looks like a real nice time!