It's American Football, so GOD predicted the outcome;

God ?@TheTweetOfGod Jan 18
There are only two states in America that have legalized marijuana, and after tomorrow they will be going to the Super Bowl. #ihavespoken

It's American Football, so GOD predicted the outcome;

God ?@TheTweetOfGod Jan 18
There are only two states in America that have legalized marijuana, and after tomorrow they will be going to the Super Bowl. #ihavespoken

I never put 2+2 together when I saw pictures of God and angels etc in clouds. But now I know they must represent the clouds of marijuana smoke in heaven. Come to think of it, his son had quite the mellow pot-smoker personality too.

Sherman is a complete idiot. A total classless act

Being a Seahawks fan makes me terribly biased. That said, Sherman might be loud but hes no idiot. He went to school at Stanford after having grown up in Compton. His parents seem like really down to earth, hard working people.

Sherman is not terribly athletic but the dude has gone from a fifth round pick to one of the best corners in the game of football. Hes also parlayed his success on the field into a weekly SI column, and other lucrative endorsements, supplementing his modest 500K in salary. The fact that hes being talked about on NBR is evidence that his chatting is helping to create his brand. Earlier this year he offered that he loves talking shit to keep his pen sharp. To be honest, when that ball to Crabtree went up last night, my first reaction was fuck, is Richard Shermans karma gonna get us. Instead, he went up and sealed the game. Like everyone else on the field, he fucking talks, but he also backs that shit up.

I had to grit my teeth through the interview last night, but there is also something refreshing about getting an unscripted response. What would you expect an emotional person to say 30 seconds after making the play that won the game to put his team in the Super Bowl? Id like to thank God etc? A pretty good explanation from the man himself
http://mmqb.si.com/2014/01/20/richard-sherman-interview-michael-crabtree/

^ Interesting stuff. Thanks for the info.

Wasn't the classiest of interviews, but I'll agree that I'd love to see more unscripted responses from players of all professional sports. Hockey interviews are the absolute worst. Really 0 point to them what so ever because they all spout off the same 10 sentences in some random order. The rare edgy or controversial ones are actually interesting and (can be) insightful. 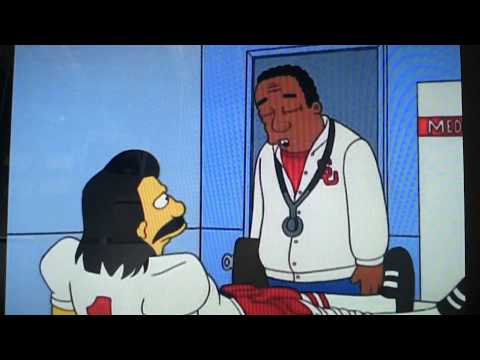 First of all…What a game!!

I was a little shocked and embarrased for him, but I was able to understand that Sherman's adrenial glands where pumping huge amounts of juice…so he was Pumped.
Better interview with him afterwards.

I hope to see at least one more of Sherman's crazy interviews on Feb 2nd, if you know what I mean

First of all…What a game!!

No doubt. Lost in all the talk is the fact that it was one of the best divisional championship games in recent memory. A genuine disgust between the two teams, hard hits, and clutch plays. Now we get the best offense against the best defense. Cold weather and snow in the forecast. I cant wait!

The last time the Hawks were in the Super Bowl, a buddy a mine decided to clear our table full of shot glasses with his foot, as time expired. Which caused a bit of a melee with some not-so-happy bouncers. Im counting on a better outcome this time;-)

There were some awful moments too … Wilson turning the ball over near the Hawks 10 yard line in the very first play of the game. That fumble in the QB handoff to Lynch at the 1 yard line. Wilson's dropped/boggled handoff from the center in the red zone. The 49ers also had 3 turnovers in the 4th quarter.

I'm rooting for the 'Hawks, but I doubt the well-oiled machine that are the Broncos will give them so many opportunities to come back if they aren't executing flawlessly.

i dunno, watching the game and then the replay the way sherman ran over there and got in crabtree's face it didn't seem like he was running over to shake hands and nicely say good game. i wasn't suprised when crabtree pushed him away. either way, definitely some bad blood between those two.