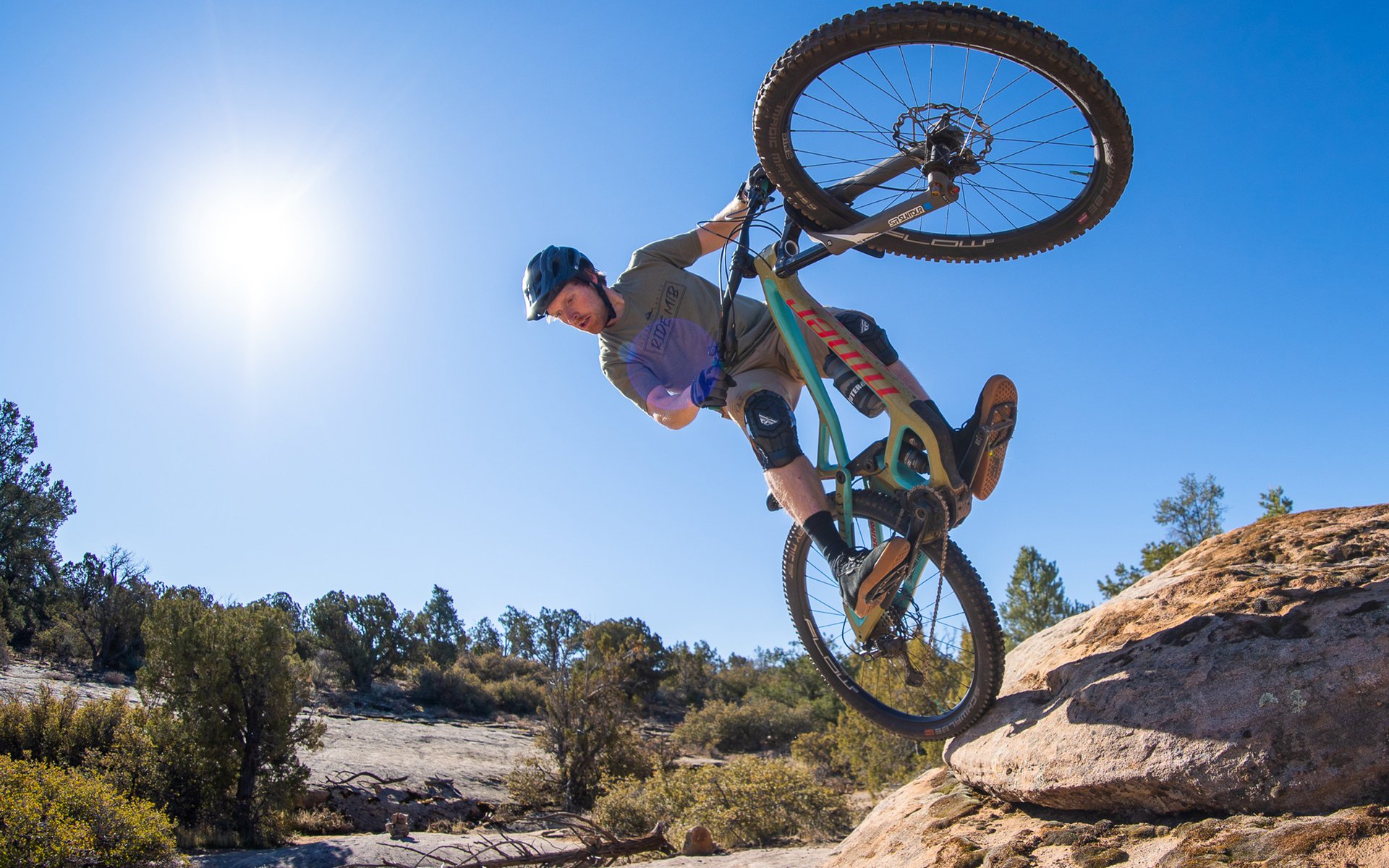 What inspires someone to make a better life for themselves? Our childhood heroes, our friends and parents, or complete strangers can have a lasting impact but how about a video game?

Growing up, Kyle Warner dealt with many daily challenges. As a teenager, while he was looking after his clinically depressed mother, they lost their home, and his older brother had a substance dependency. But the video game, Downhill Domination, and Eric Carter’s character in that game sparked something in Kyle.

Kyle fell in love with the sport. Once he got a bike, riding became a positive outlet, bringing joy and an escape from the trouble at home. He declared, mountain bikes were going to be his life and set goals to become a professional racer. Now he's shifted his focus from racing to helping others get into the sport. His YouTube channel has grown rapidly and an active community of followers shares stories of saved marriages and a new direction in life, just like the one Kyle found himself on when he found bikes.

Kyle's story is one that I’m excited to share. It’s humbling and emotional, and he left me speechless several times. He’s a great human; genuine, soft-spoken and motivated to help people by spreading the positive impact that bikes can have.

I was already a subscriber to Kyle and Aprils channel, but after listening to this I want to subscribe ten times. A world full of Kyles would be a much better place.

Definitely. He's so great and an excellent representative for the sport.

So true. I knew what a positive guy he was, but listening to him talk about life growing up, what he went through, and his mindset now was a really good insight, and also inspirational. Credit to him for being so open and up front, and to you for the interview, AJ!