Greg Minnaar had mechanical troubles in qualifying so he was uncharacteristically starting way back in the field at Fort William. Word is that he’s been working very hard to gain speed after a disappointing start to the season. Disappointing for Greg alone I guess since at 35 he’s still pushing the young riders in a sport that is built for the young. And Greg threw down, putting almost 8 seconds into the field at the time of his run, leading Rob Warner to wonder if it might hold. 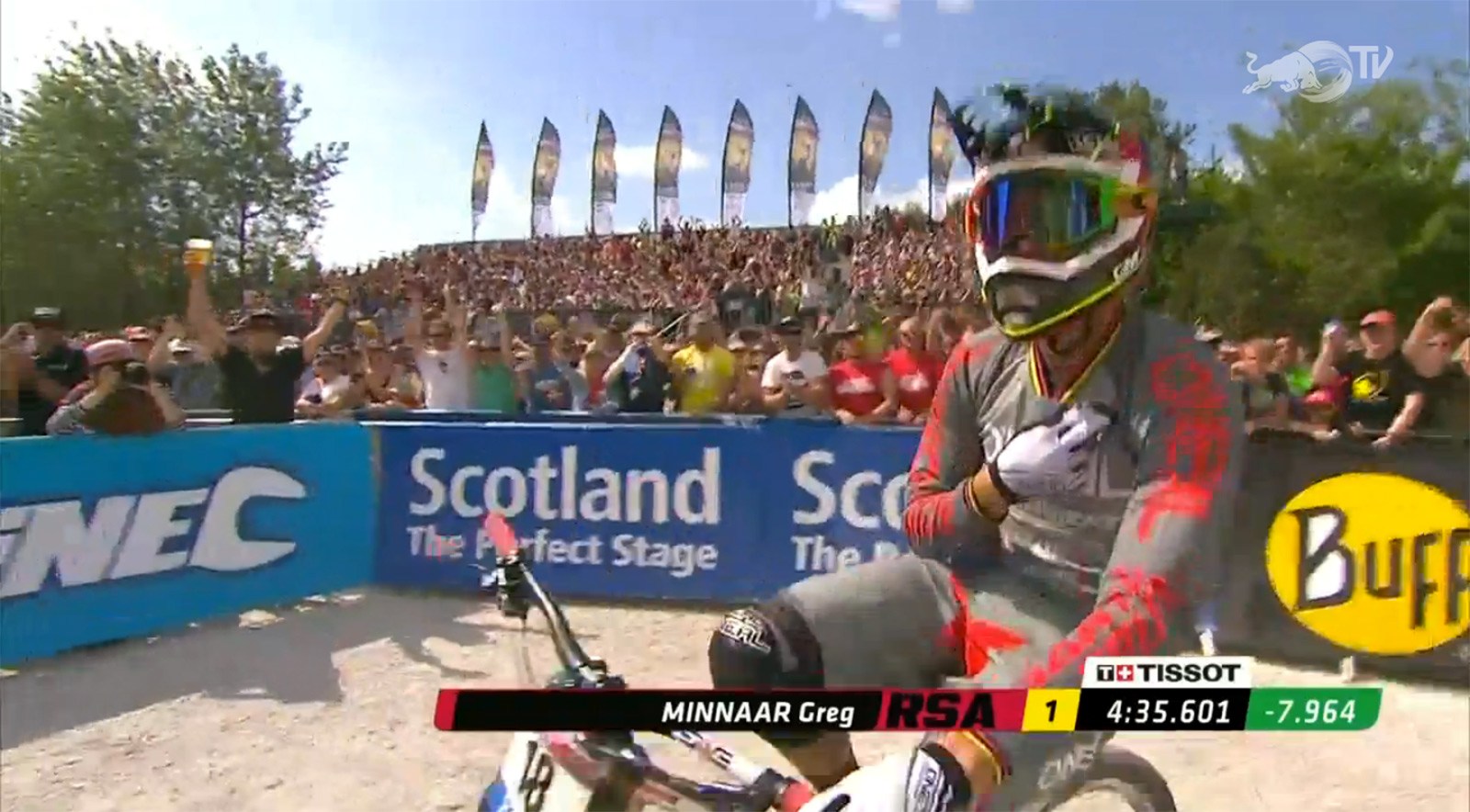 Greg Minnaar crossed the line with a huge gap, after starting way back in the field.

The day wasn’t just Greg Minnaar’s. Stevie Smith’s presence was felt from the beginning of the broadcast, when Rob Warner and Claudio Caluori did a tribute piece and then spoke to Stevie’s friend and manager, Gabe Fox. And when it was time for the twelfth starter the cameras followed an empty track while fans cheered and those in the hot seats held up a chainsaw flag. It was a touching and fitting tribute to Canada’s best loved DH racer. The response today, and since Stevie’s death, have made it clear that Stevie’s appeal wasn’t confined to his home country; he was universally loved. #longlivechainsaw 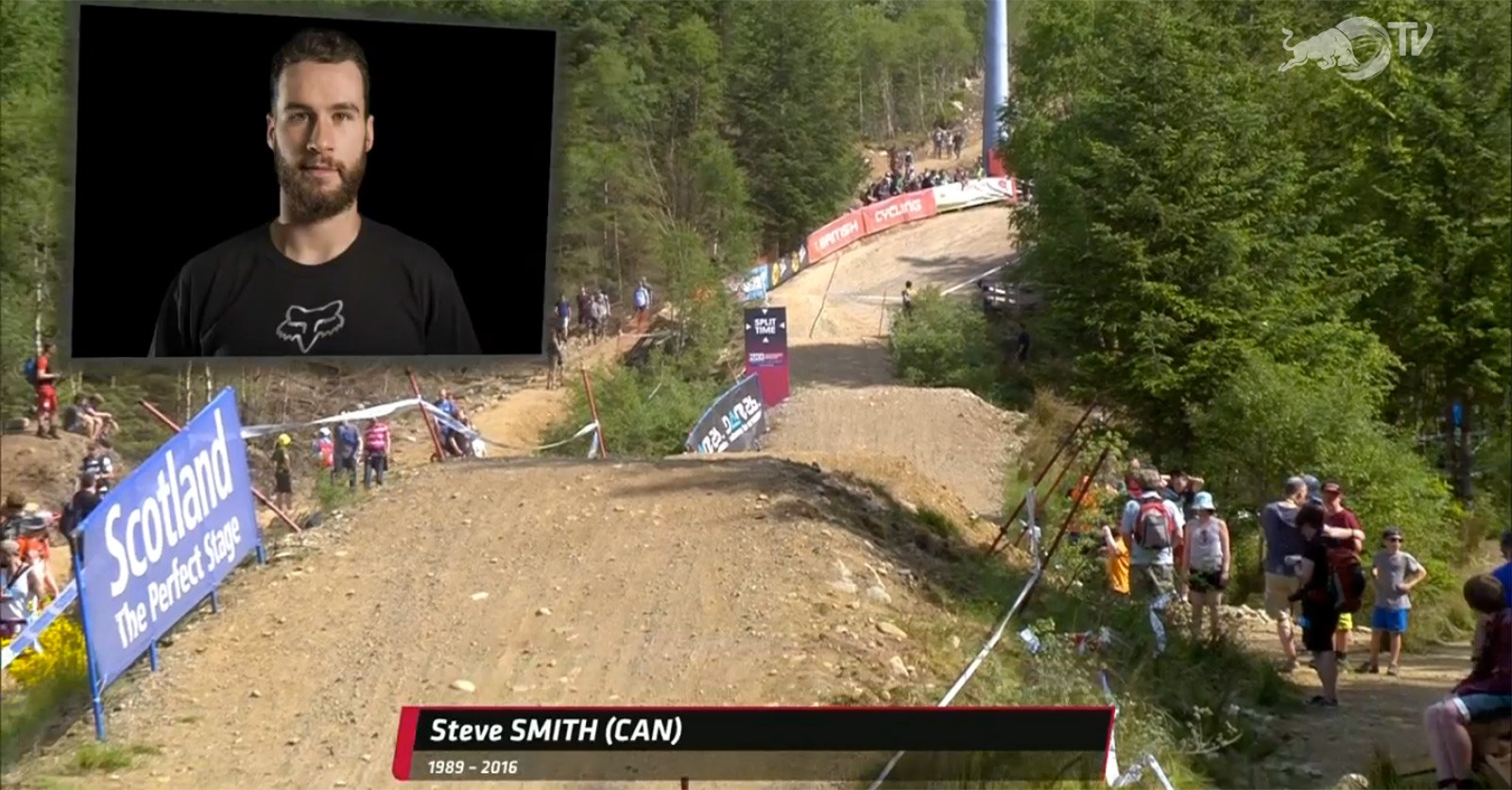 The emotional ‘Ghost Run’ for Stevie Smith was a fitting tribute. 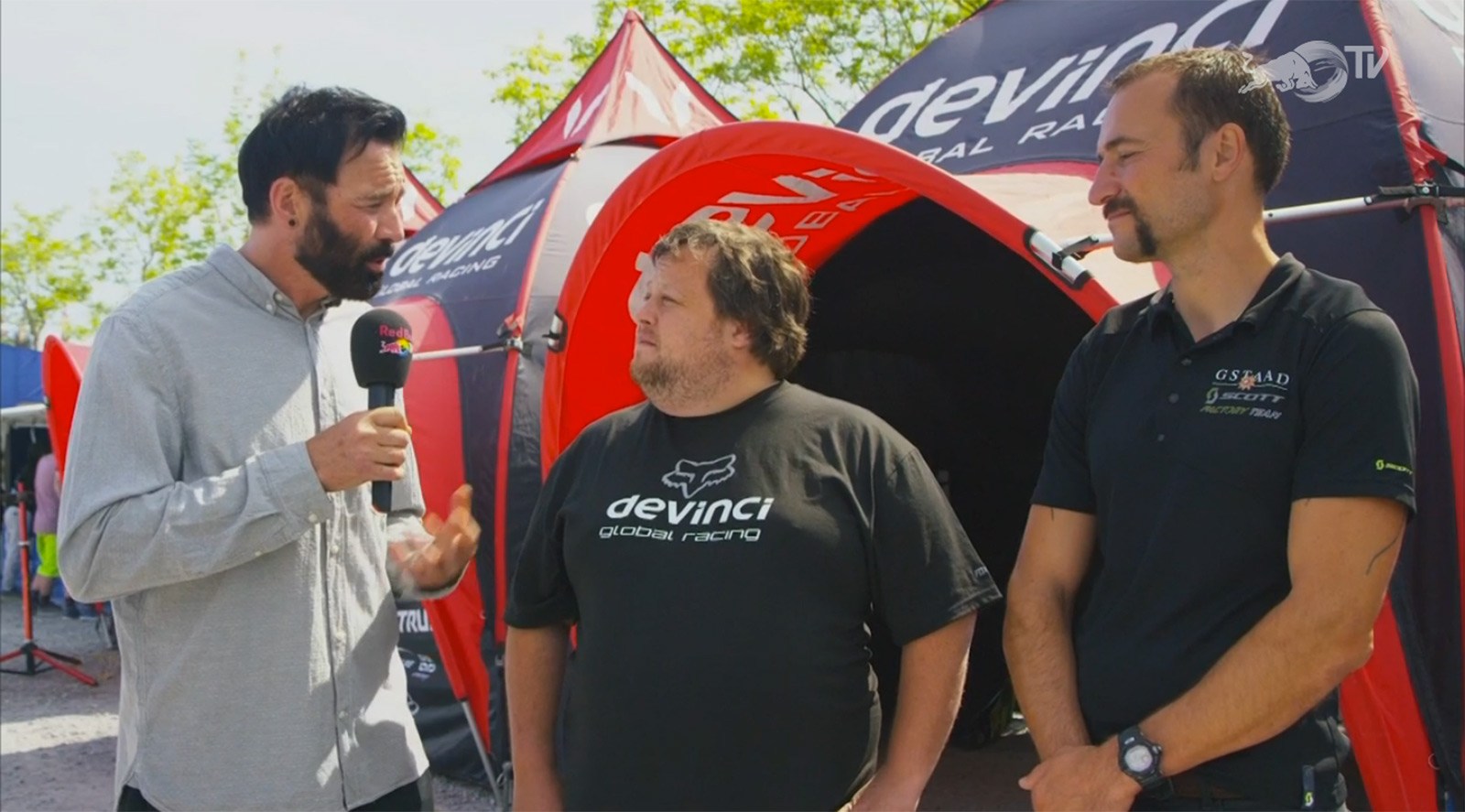 Racer after racer came down and tried in vain to put a dent in Greg’s time without success. Unsurprisingly, Aaron Gwin came closest with what appeared to be a clean run. So much of the action is missed at Fort William it’s possible he had an issue off camera. In the end Gwin could only get within 3.357 seconds of Minnaar. 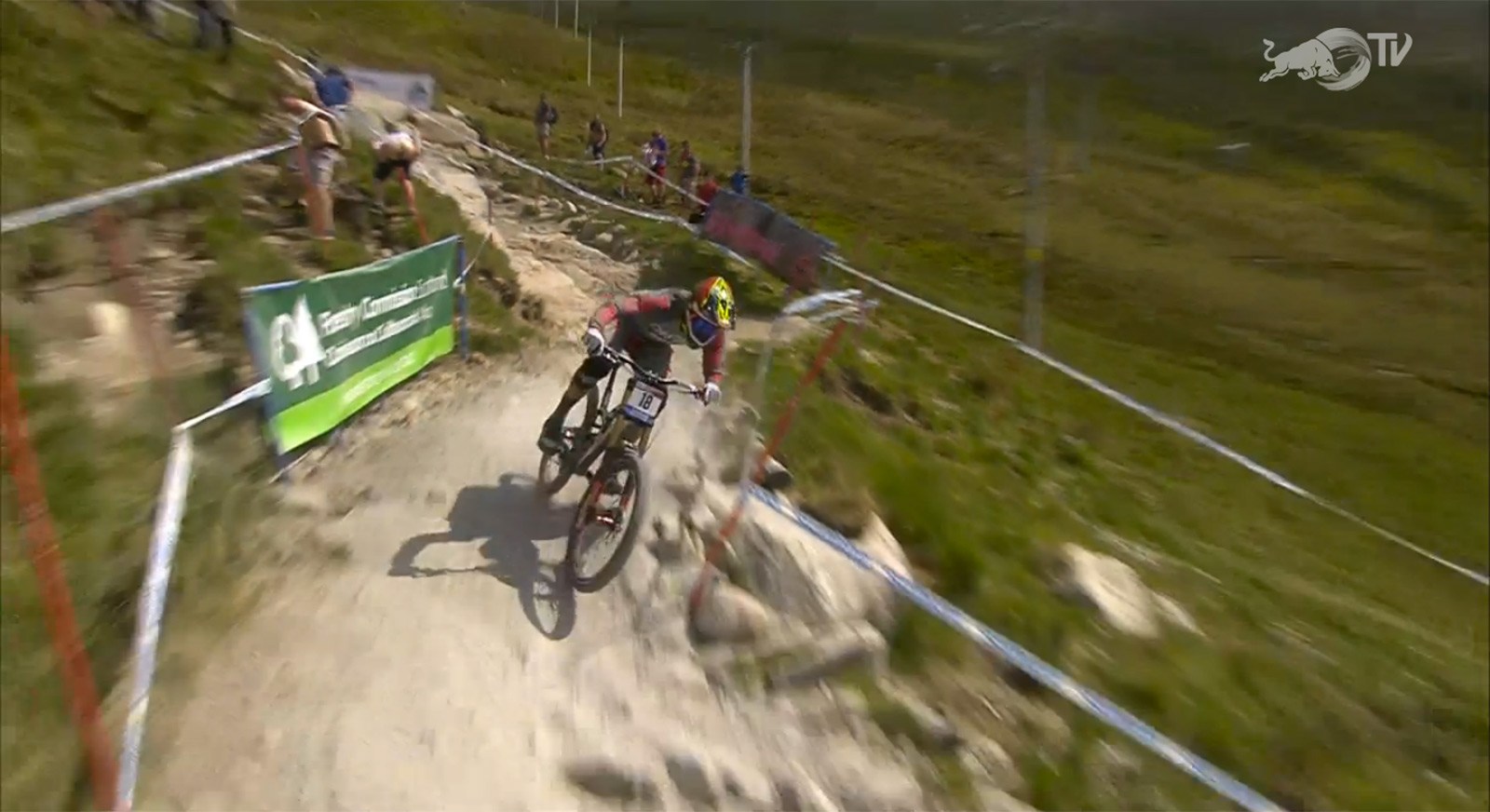 Greg’s speed may be less spectacular than some because he makes it look so effortless. 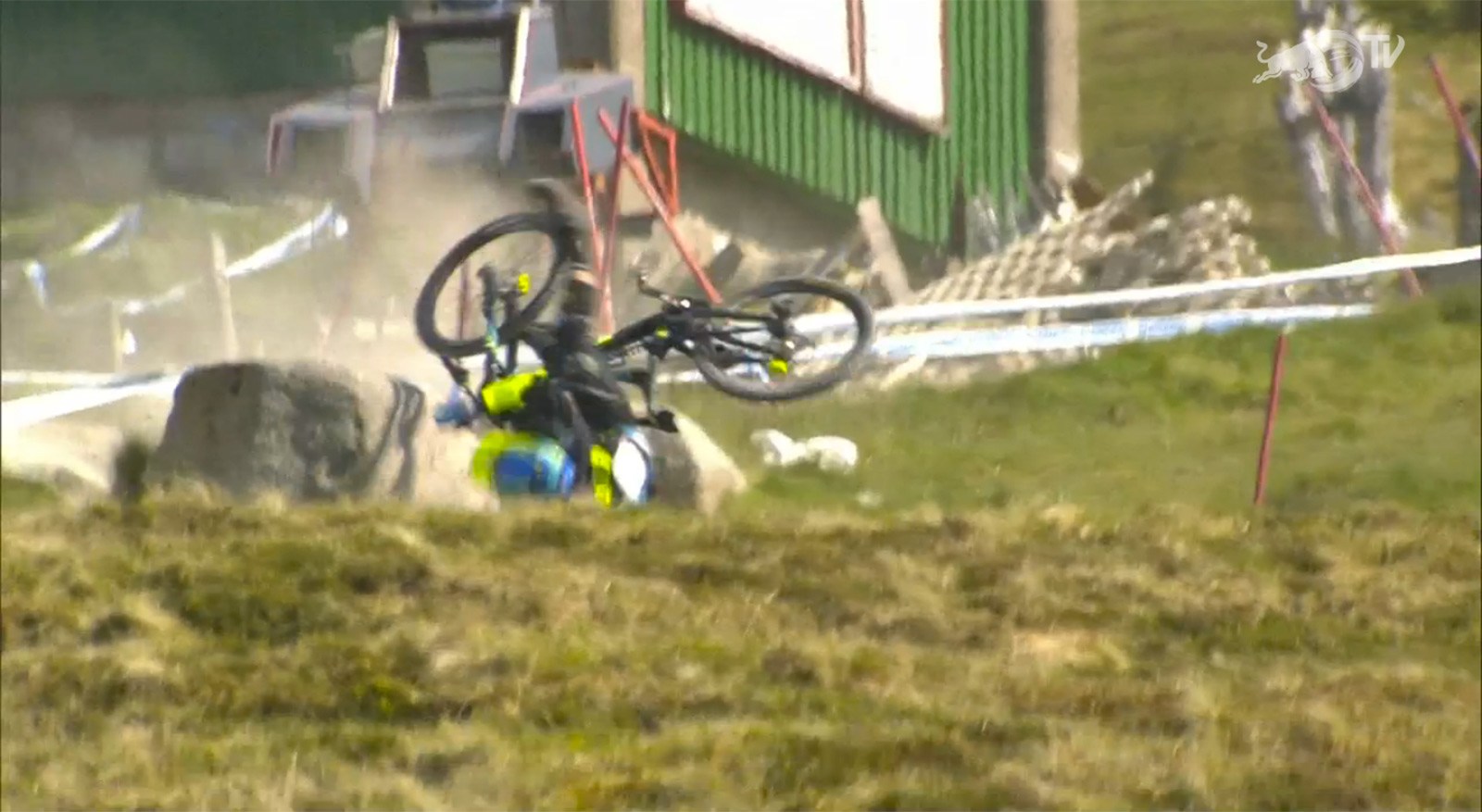 Eddie Masters qualified 2nd but he crashed within sight of the start. And it was a nasty one. 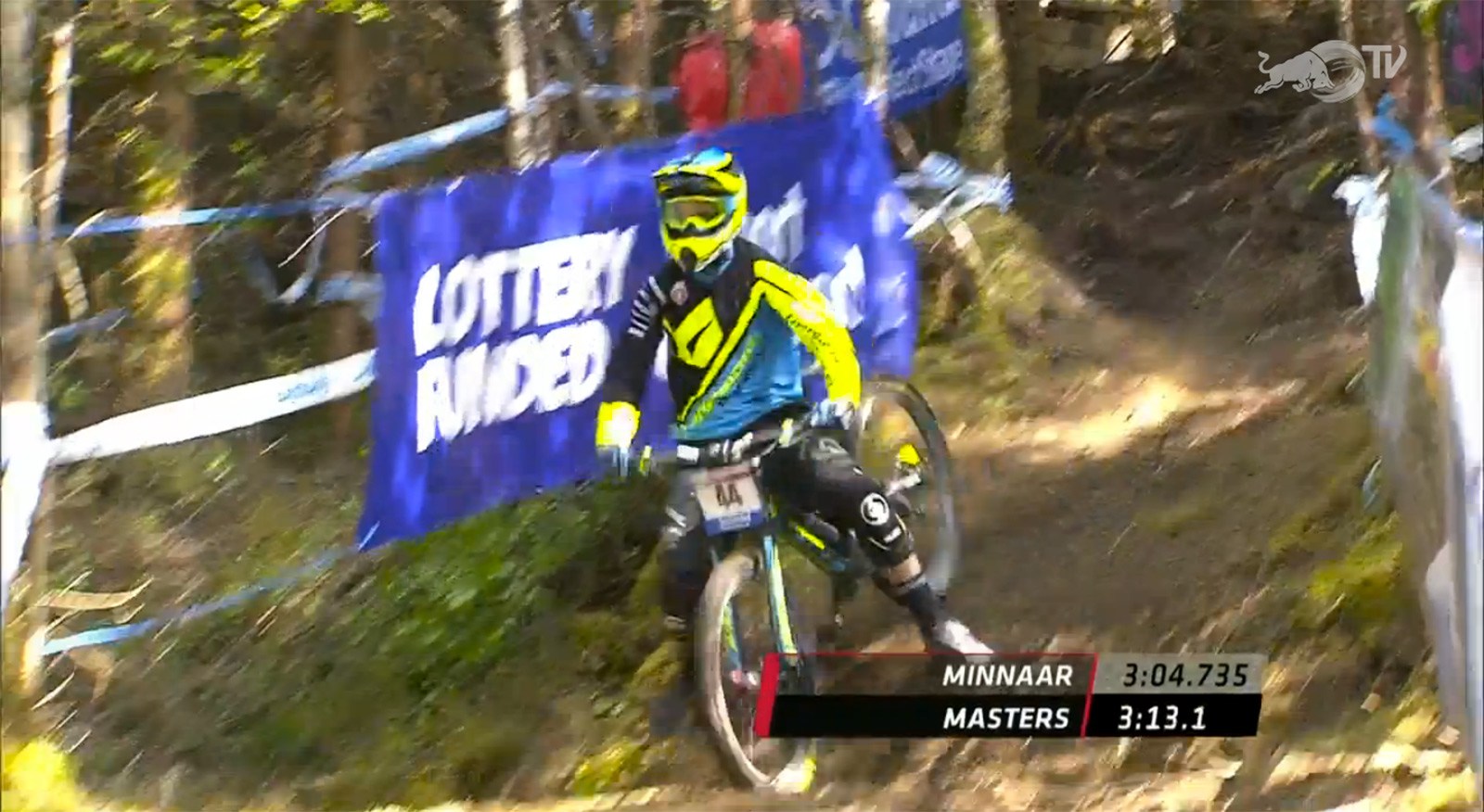 Eddie’s first crash was just a warmup and he had a spectacular seconds long bail that saw him absolutely skewered in the trees. He seemed to be okay despite his two nasty spills. 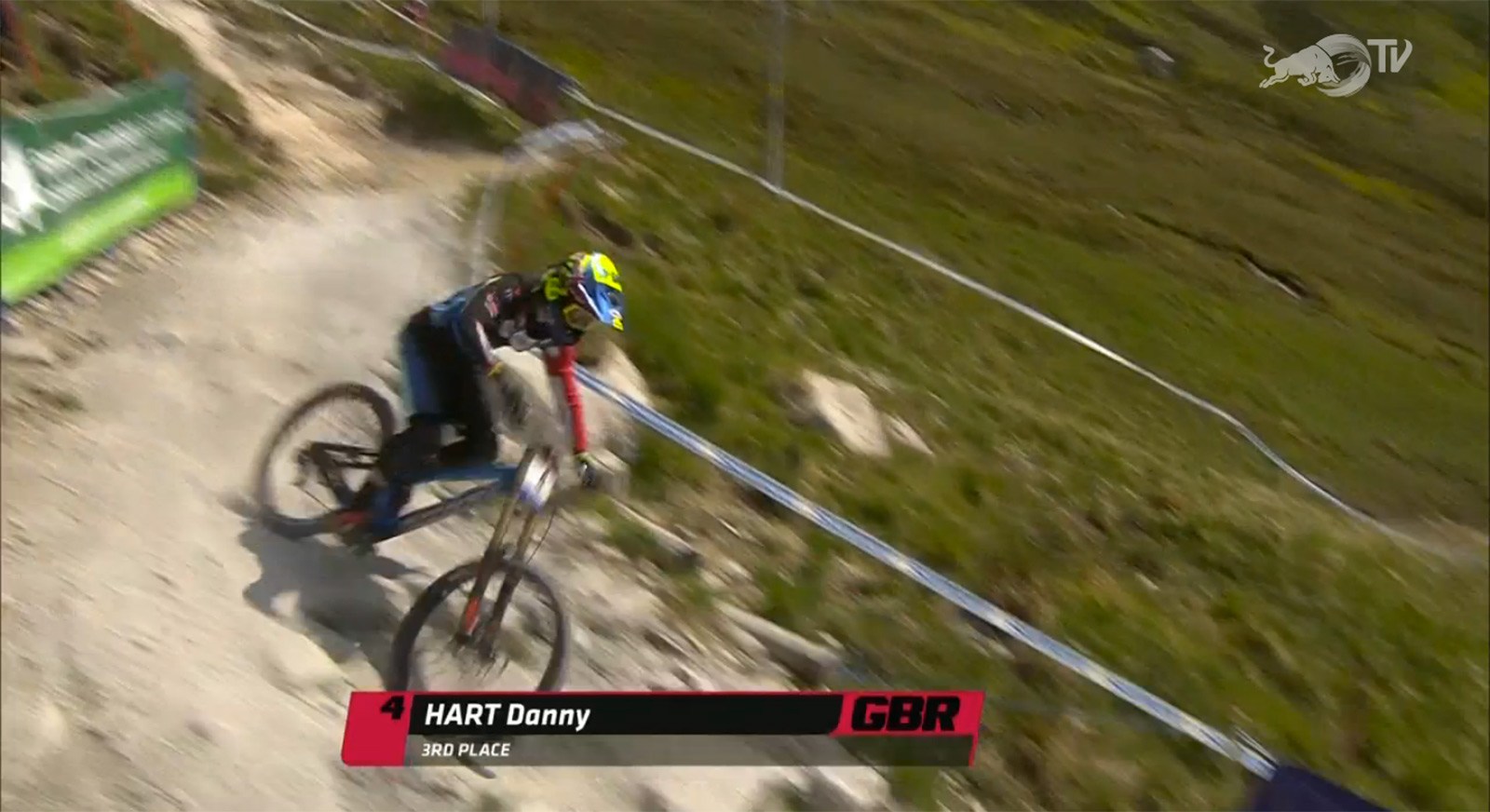 Danny had been going fast leading up to Fort William and he managed to keep it together for third – only 0.4 seconds behind Aaron Gwin. 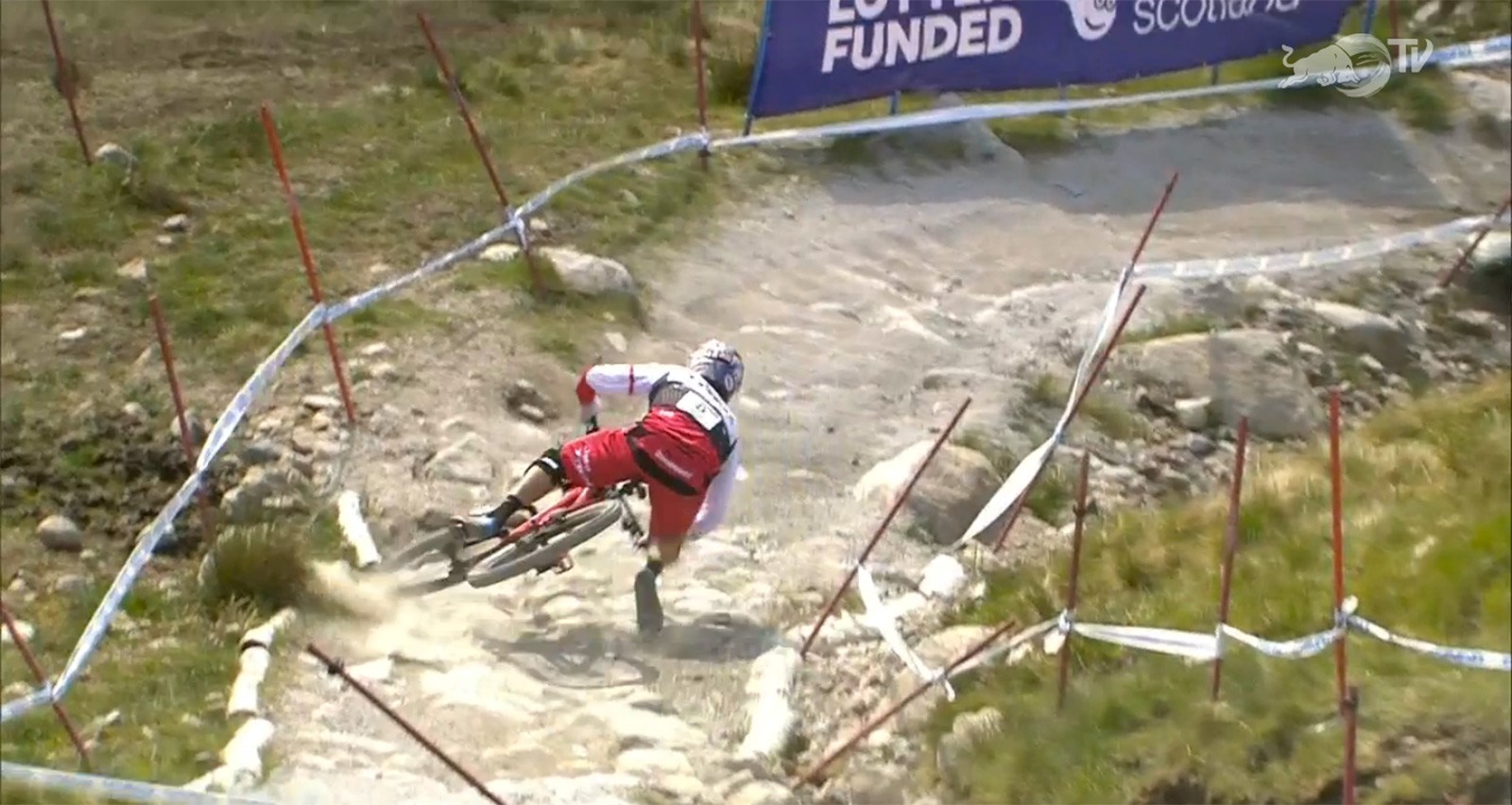 Gee Atherton qualified fastest but a crash early on dashed his hopes. He was the last man with the chance to push Minnaar down to second and it was all over. 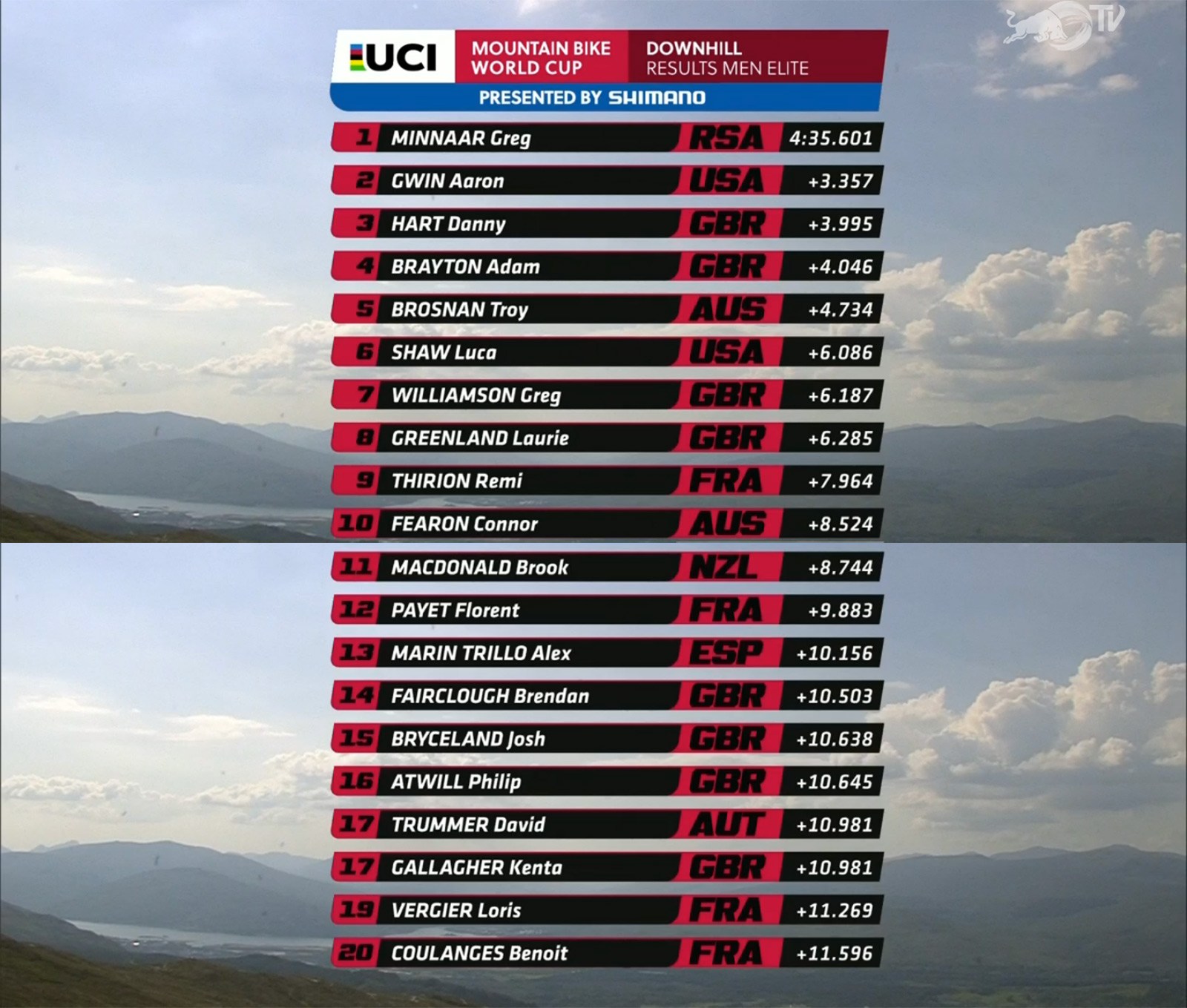 Early last season many were sure Greg Minnaar had won his last race. He’s now demolished that theory three times. And he did it with authority at Fort Bill. 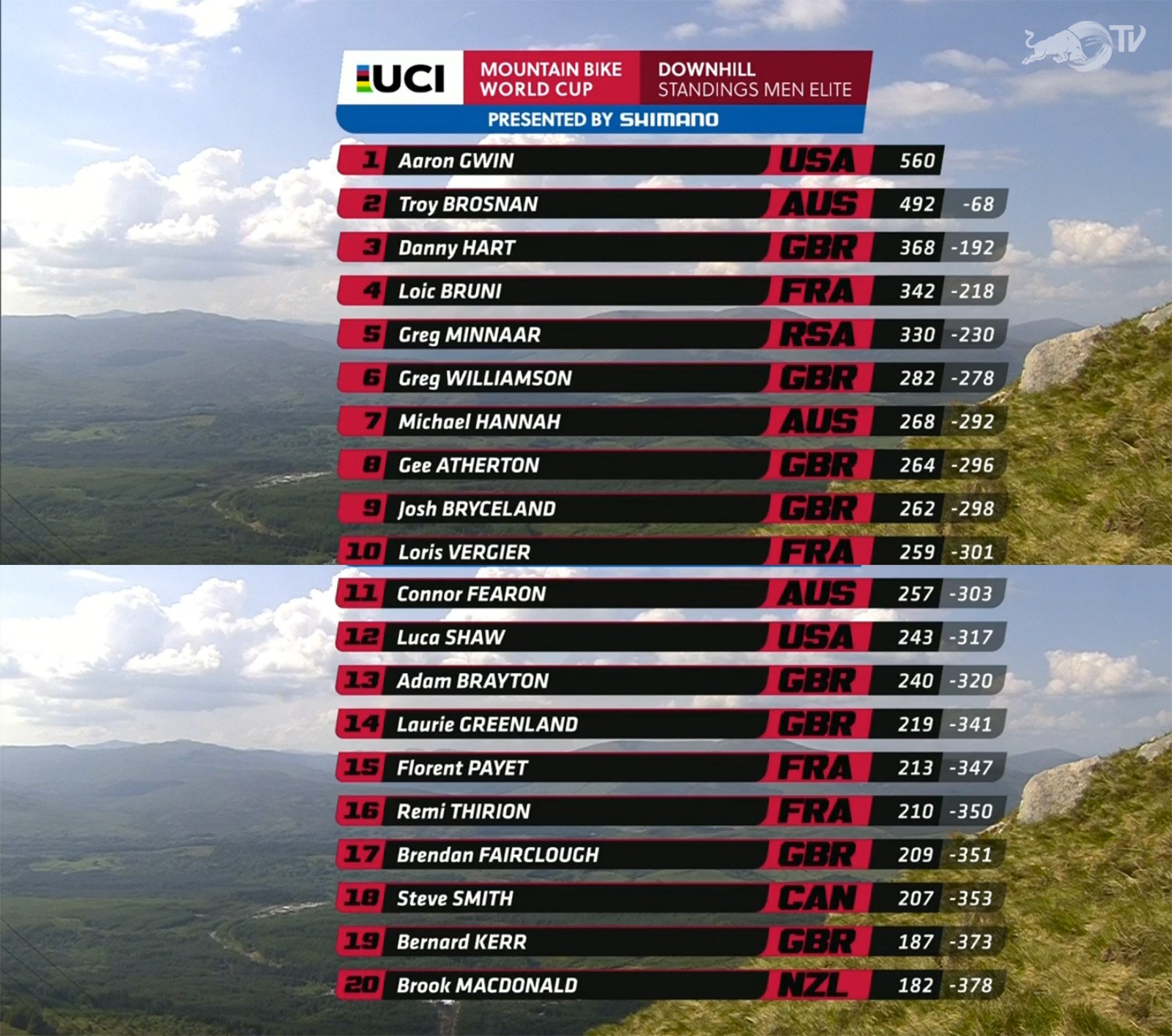 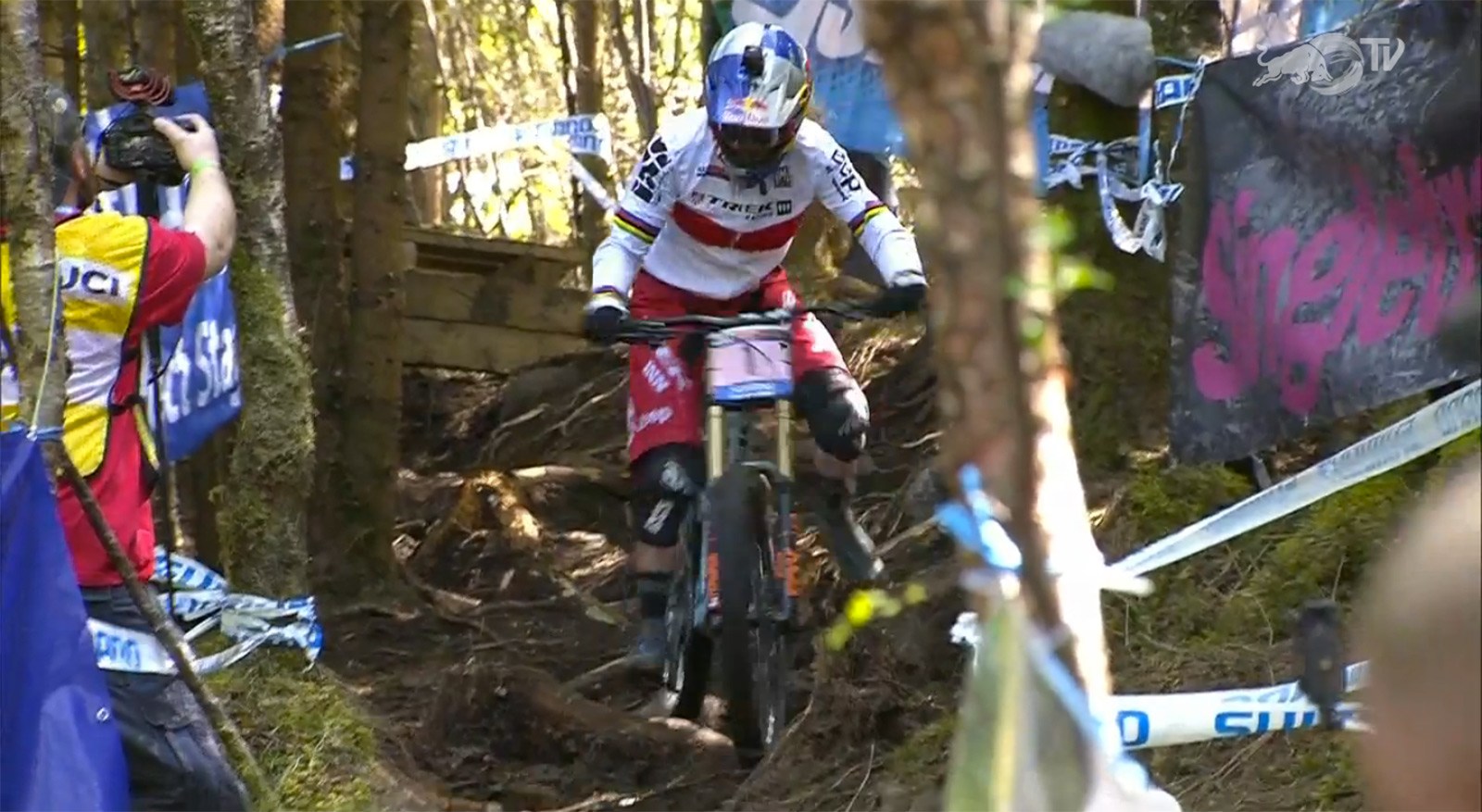 Rachel can’t be blamed for a dab in the nasty new root section. It tied most racers in knots. Rachel won her record-tying 9th in a row. 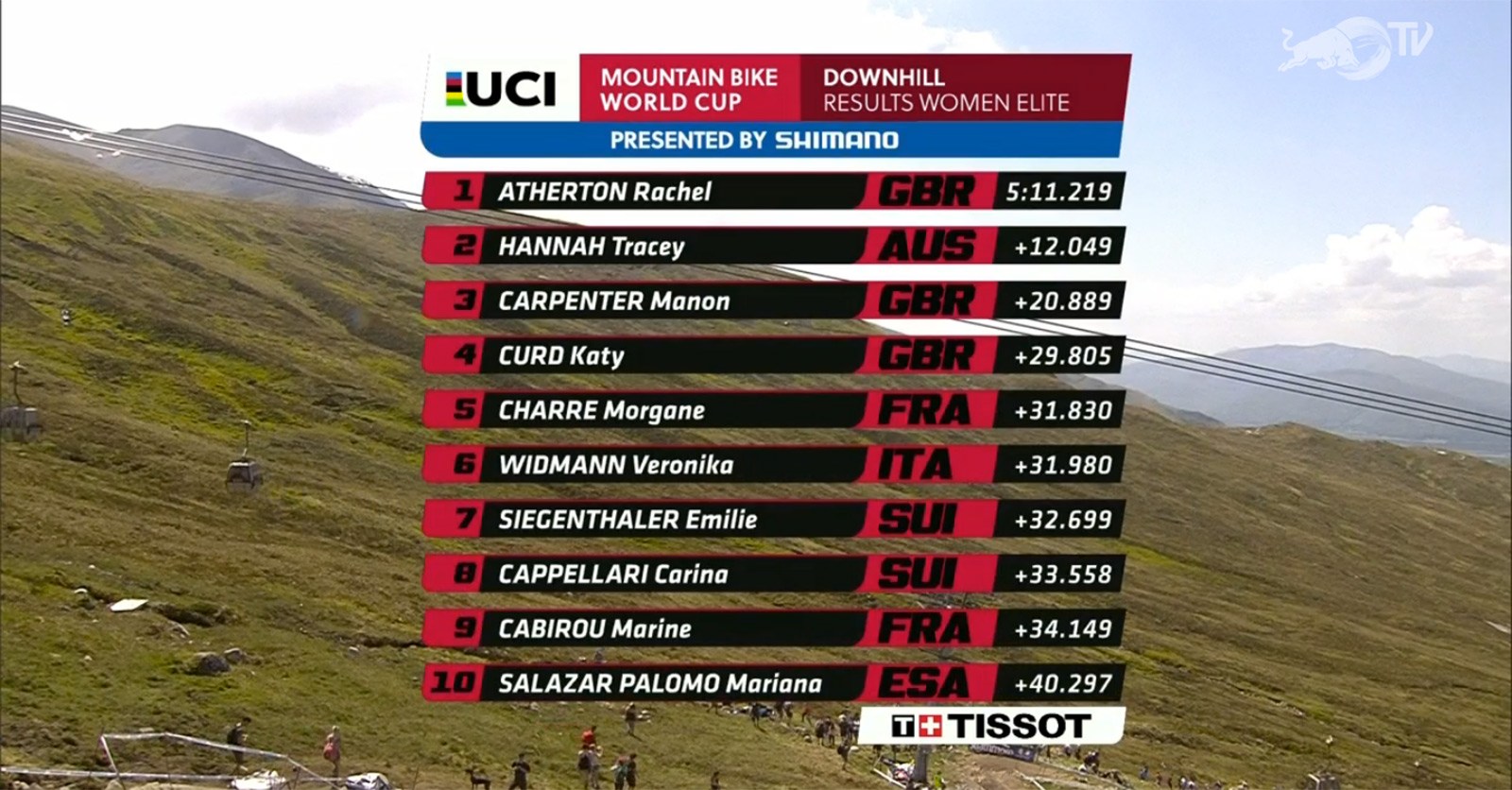 Rachel’s dominance makes the competitiveness on the women’s side of the field look a little troubling. Those are huge gaps. 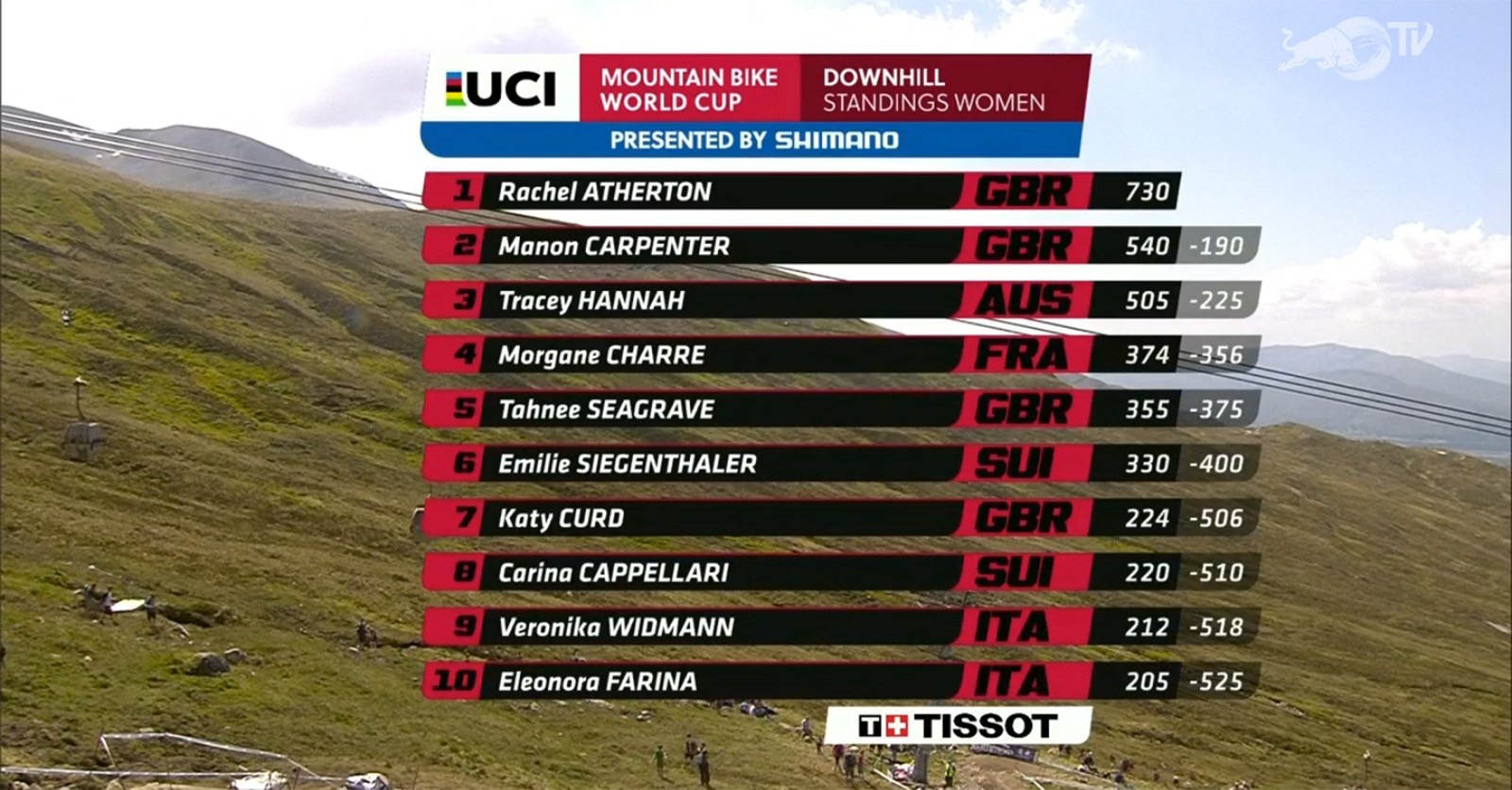