Jeff Kendall-Weed heads to Pittsburgh and explores the local riding culture in the Rust Belt...

VIDEO
Getting the Local Loam in Kamloops With Jeff Kendall-Weed

Journey to one of the birthplaces of freeride to explore some old classics and new favourites...

23 year old bikes and a 2-mile high climb make for some interesting times... 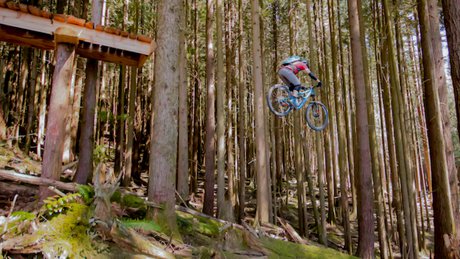 Since the mid 90s the Woodlot has been home to some of the most impressive and creative trail building in the world...

Turns out there's good riding to be had in the City of Angels...

VIDEO
Get in the Van

Jeff Kendall-Weed riding most of Vancouver Island on his back wheel.

JKW seems to have more fun on two wheels than almost anyone - he plays and explores and bounces and launches and manuals like a 12-year old with a new bike...

Jeff Kendall-Weed breaks in his brand-new whip on some prime springtime dirt.

Jeff Kendall-Weed gives us a little tour of some ridiculously fun looking trails in Washington State - mostly on one wheel or the other...