In preparation for Whistmas 2020, the folks over at Ride Wrap caught up with Dean Olynyk, otherwise known as Zeus Lightning. Olynyk holds the distinction of most vertical feet logged in the WB+ app, topping nearly 1.3 *million* vertical feet in 2019. While the shortened season means Olynyk might not break any records this year, he's got a fresh wrap on his rig, and is ready to rock and roll.

Dean Olynyk, aka Zeus Lightning, might not be a name that comes to mind when you think of people you wished you could be, but probably will be when you finish reading this! With 131 days in the Whistler Bike Park last year and 1,281,083 feet of vert recorded on the WB+ app, Dean is Whistler Bike Park's biggest Vert Bag

To put this achievement into perspective, most Whistler locals are feeling pretty high about anything over 50 days in the park. To hold the number 1 position on the WB+ Leaderboard, the motivation to go during the rainy and cold days needs to be there, and your equipment needs to hold up to match the demand that you put it through. 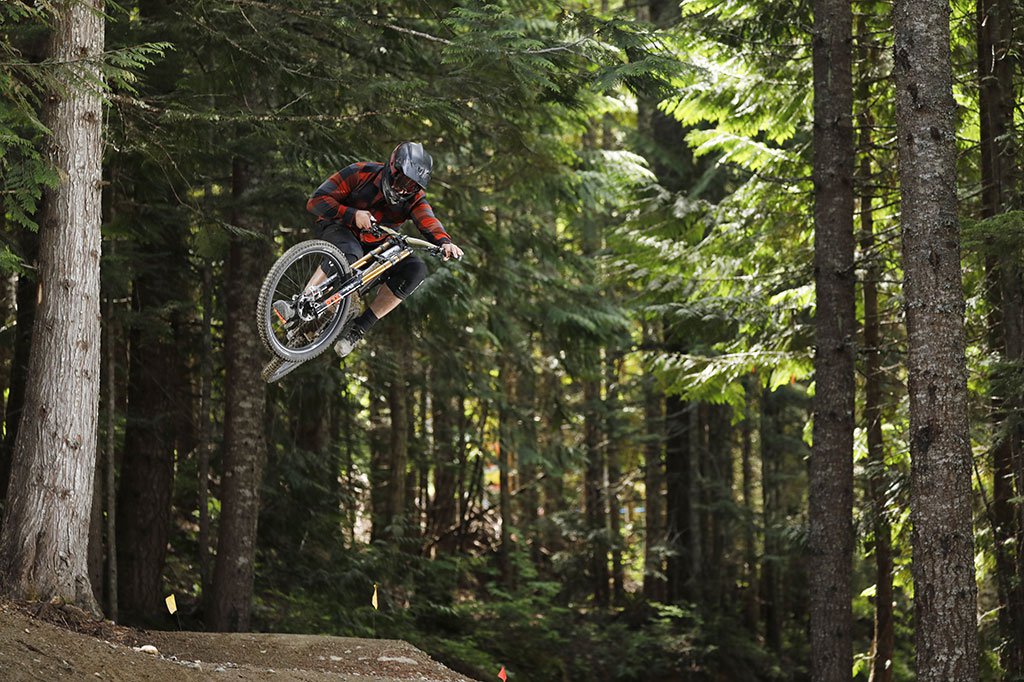 “Last season I broke a crank arm, cracked a pedal, cracked rims, many spokes (later in the season I'll typically be in front of a truing stand every other day), stress fractured a few derailleurs near the hanger bolt and somehow folded over a chainring after the Shark Fin on Lower A-line.“ - Dean Olynyk 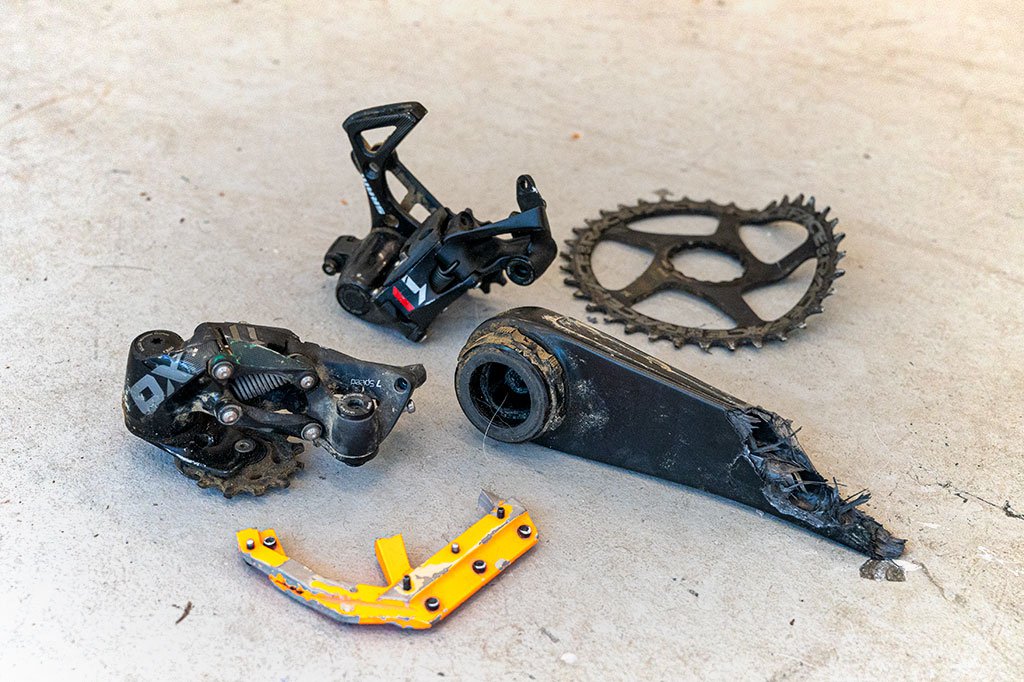 After hearing about his crashes, broken crank arm and cracked pedal, we weren’t sure how his Carbon YT Tues held up under all of that abuse so we asked him to come by the shop to check out how it fared. We removed the RideWrap Tailored Protection™ from his frame and were enthused to see only nominal damage after what his frame has been through. There was only one minor chip in the paint from a hectic crash, but other than that, visible 'damage' was to the protection film only and never wandered to the frame! (Don't worry, we put a new kit on to keep it fresh for another season of park bashing) 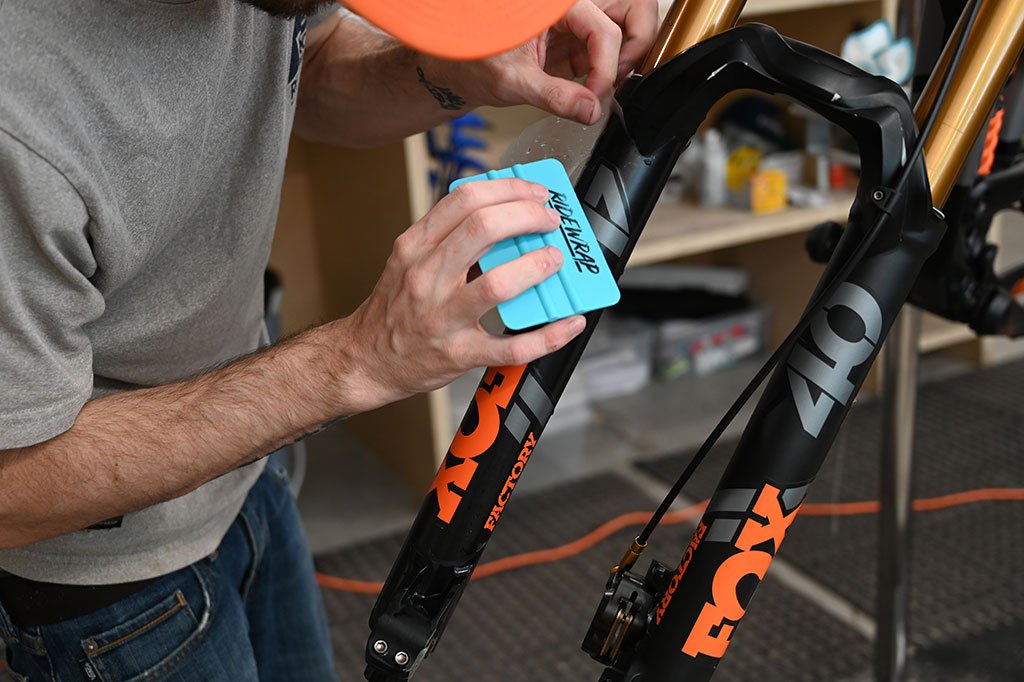 The Whistler Bike Park isn’t really a data and equipment proving ground for Dean as much as it’s a place to let go of stresses built up from his intense job as a software developer. He’ll take a much-needed break to punch a few laps and finds it completely changes his mood and capacity for the rest of the day.

"Even after one lap I find it clears out all the negative crap that built up throughout the day. Once I get to the bottom and see the smiles and the positivity from everyone in line it just gets that much better.” 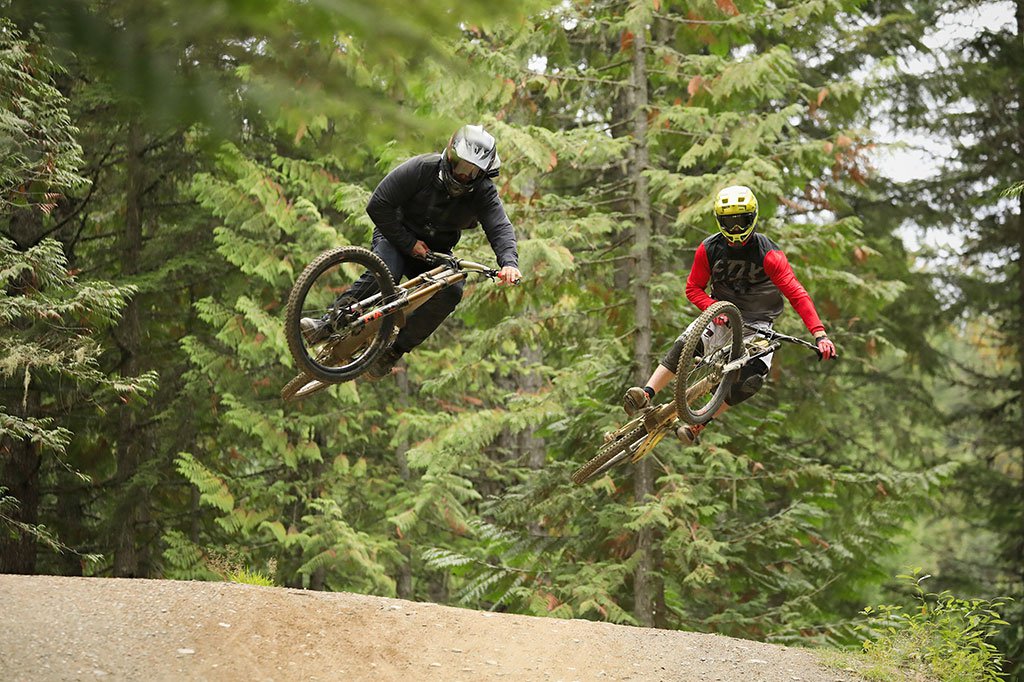 A typical warmup lap for Dean goes something like: A-Line top to bottom, on over to Dirt Merchant for the next lap, and then onto repeat laps on Crabapple Hits! While logging air-time is his favourite, he smashes plenty of tech on some of his favourite trails like Indeep/Fatcrobat and Original Sin.

"The tech/flow section of Lower No Joke above the Creekside gondy is an absolute blast when you bomb down the road into it. Shady Acres to Del Boca Vista in between an A-Line lap is on the menu a lot as well.” 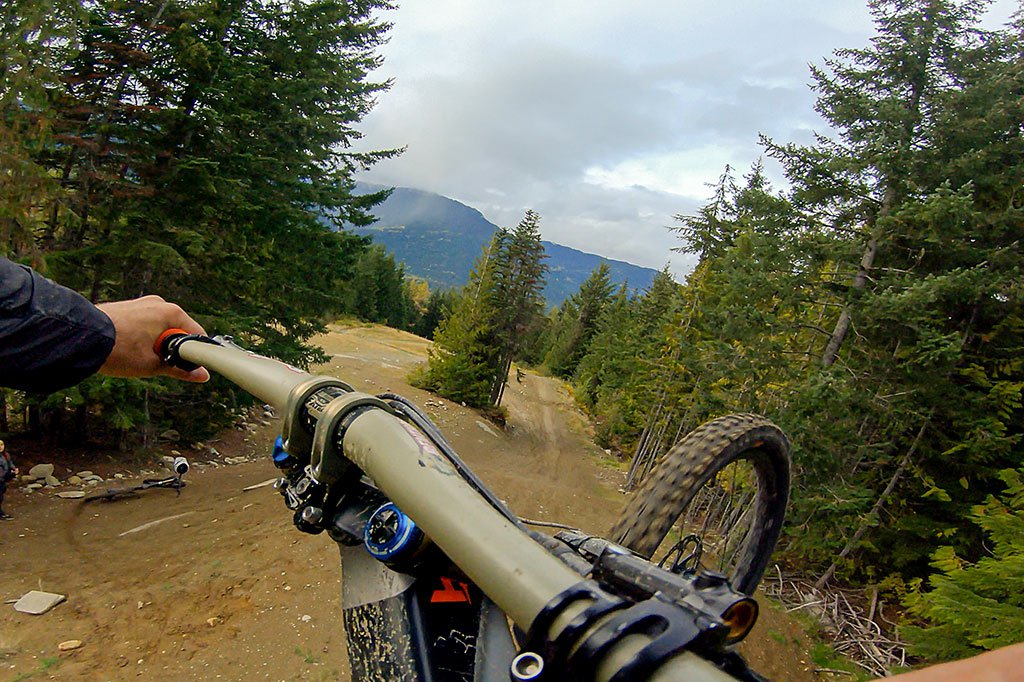 It’s a shorter season than usual, so maybe Dean won’t break his previous records, but we are interested to see if anyone can come close! Either way, we will be happy to see the Fits Chair turning next week and seeing everyone and their big bikes rolling again. When we asked Dean whether the shorter season is affecting him, well…

"At the start of biking season, I'm wondering if I still remember how to ride. After the first few days though, it all comes back and I never want to leave.” 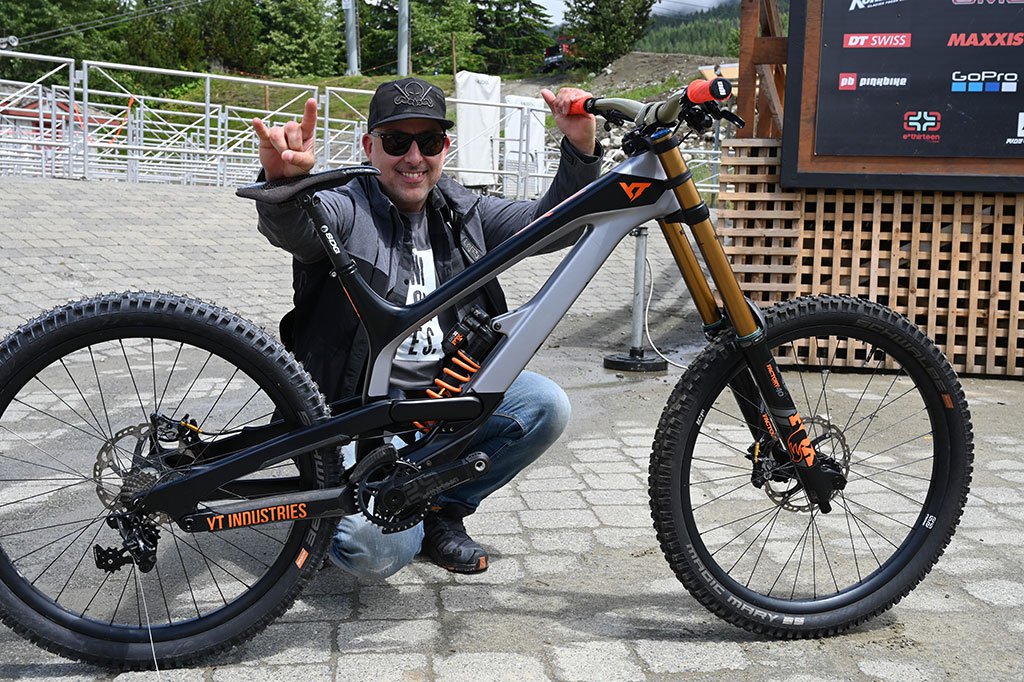