I have a friend who is, by most metrics, a better rider; he’ll descend quicker, jump further and has better banter. I can climb faster but no one gives a shit about that these days.

Where I do hold an advantage is on wood structures. I love them, he hates them, and so some of my favorite trails (Ladies Only, CBC etc.) are off the table when we ride.

Nice as it is to be better at something, I’d rather bring him round to the allure of a split cedar skinny. You seem good with people – any tips on how I might do that?

Thanks.
Woods in the Hoods.

“You seem good with people”? Really? You’ve read a few of these things, right?

I’m also terrible with dogs. I/we let our dog do whatever it wants. Occasionally we’ll pretend that we’re in charge, but she knows better. She’ll play along for a few days, but then it’s back to the old way of doing things. Whining for food and growling if you accidentally bump her while she takes up an insane amount of space at the end of the bed.

That’s what your friend sounds like. He knows he’s in charge. He doesn’t care if you get to ride the trails that you want. Hell, he probably doesn’t care whether or not you still have your job and both of your testicles.

There’s four ways you can go with this.

1) Admit that you have no control. Write it off as the cost of having a friend that you like to ride with. Resign to the fact that you will only ride slowly up to the trails that he likes.

2) Start exerting dominance. Use stern language and lots of eye contact. Roll him over on his back to show him that you are in charge. Bring a spray bottle along on the ride and squirt him in the face with it if he won’t agree to ride the trail you want.

3) Find a new friend who isn’t such a bossy dick.

Being a grad student, and having been in school for many years now, money is always an issue when it comes to bike parts, so I have been milking and tying over gear for years and years (I still have a working set of Hayes purple brakes with braided cable that still work surprisingly well). My bikes are often referred to as Frankensteins, and although I am a fairly capable rider, I sometimes get some pretty derogatory comments about my steeds. Is there a way to rebutt this without coming across as an asshole?

God, people are the worst, aren’t they? Why should you have to deal with their insecurities, just because they are forced to buy their performance via new bikes/parts/accessories every few months? Why do they have to project their sadness on to you just because they can’t handle that you’re out there having a blast while rocking some old gear? Monsters. You should be respected, not derided.

There’s only one way to rebut these assholes. Performance. So, if they’re some sort of sponsored trail assassin, let them talk their shit. These probably aren’t the sorts of people to call you out on this, but if they do, eat that shit and eat it hard.  There’s nothing that you can do.

But when some pudgy desk-jockey on an over-priced carbon fiber monstrosity tries to lord his awfulness over you, it’s time move in for the kill. Like a judo master, turn that yuppie’s boorishness right back around on him. His aggression becomes your strength.

He’s not impressed by your bike? Well you’re not impressed that he needs to spend $10,000 just to crappily bounce down a beginner trail like a coked up 70’s mogul skier.  (And it doesn’t matter if they just came down Sex Girl in a monsoon. For your purposes everything is a “beginner trail”.)

He thinks it is funny that you hold on to your parts for so long? Well you find it pretty funny that he has to buy new parts when any half-competent moron could fix his hand-me-downs with a rag and a few squirts of chain lube.

You’re not holding on to the past. You’re saving the world!

You’re not an asshole. They’re a bunch of fucking jerks! Fuck those guys and the silver-spooned horses they rode in on. Send them back home to their trophy wives and stainless steel appliances in sadness and shame. And give this man a new bike part.

And new this week…

Feel free to follow Uncle Dave on Instagram at @davetolnai. He’s in the midst of a year-long project to post a new photo every day. It has resulted in a lot of photos of his dog.

You can also find him on Twitter at @ReallyUncleDave (there are a lot of Uncle Daves out there, apparently). He may even have a tweet up at this point.

It’s rare that we have a prize that is this perfect. Just Lord Vader this over those jerks when they diss your sweet old ride! Congrats Frank! Check three other designs in our online store here… 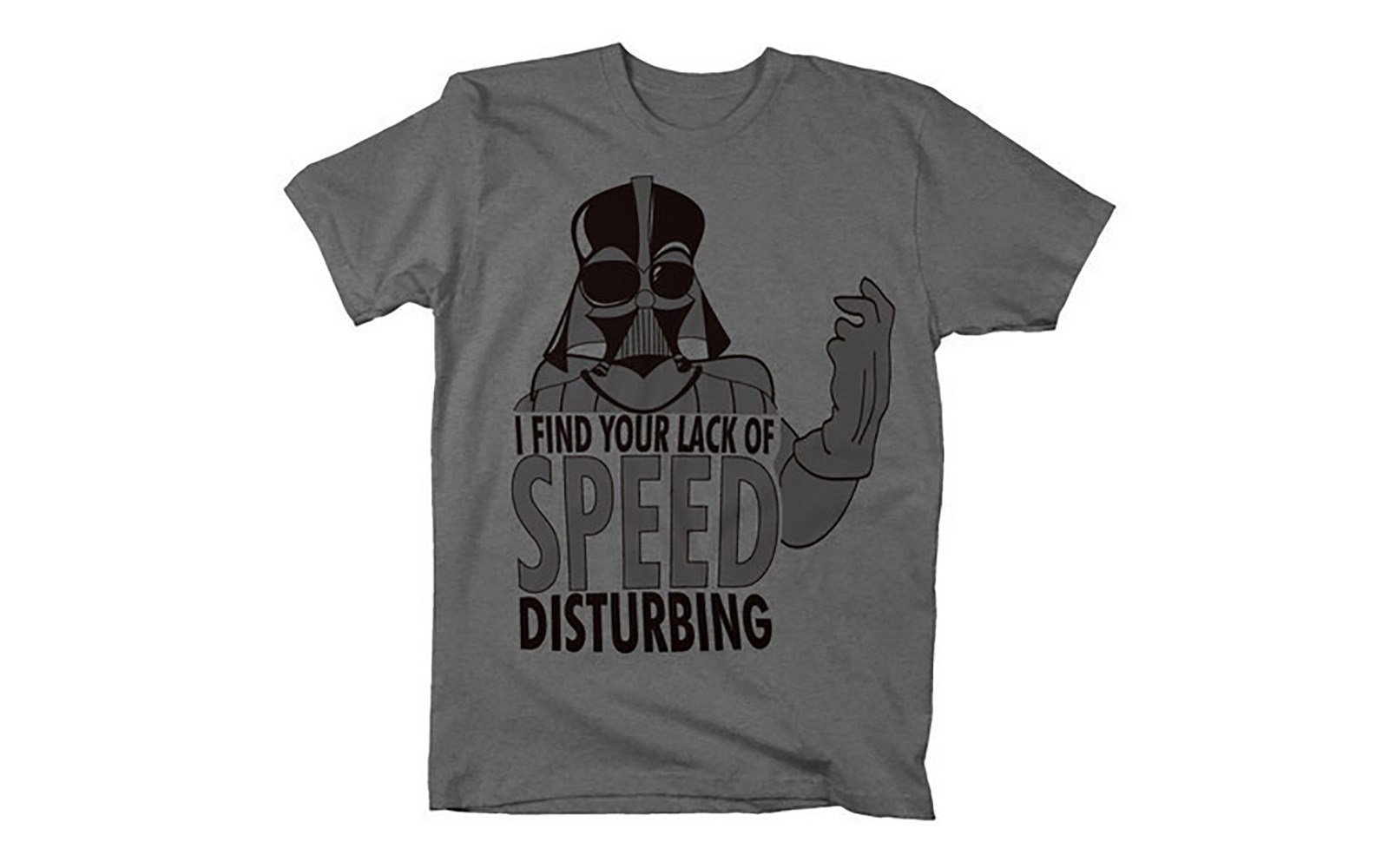 This seems appropriate. Check this and a few of the other new shirts in our online store.

Would you do that? Has anyone done that to you?

I'm still on 24″ wheels
I get comments like I'm literally riding on wooden wheels with goatskin tyres. I love my transition dirtbag.

But the prize? Really? Give the guy who is broke a frigging THIRTY-FIVE DOLLAR t-shirt (I know it's Canadian, but that's where you guys live, right)?!

The irony is beautiful!

Once again Uncle Dave not only nails it, but fairly kicks it in the testicles & walks on with a smug knowing look on his face. Ah yes Uncle Dave, you hold a special place in my heart.

$35 for a cotton T-shirt? C'mon.
The DBs that mock Frank are the ones buying these.

remember this is canadian dollars