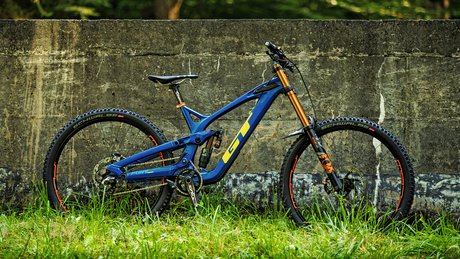 It's all the talk before the parties with Wyn Masters as he wraps up the 2018 season in style.

It's broken hearts and hotel parties as Wyn Masters makes the rounds in the aftermath of Val di Sole.

Wyn puts the "Saint" in Mont Ste Anne as he gets the lowdown in Quebec.

Get the lowdown from Wyn himself on how Leogang went down.

" I’m just happy to put a good weekend together as it hasn’t happened all year and it’s been really bugging me a lot, especially the last two races..."

An injury to Richie Rude has him limping along - and Jared Graves has found his form at the right time...

Join the GT Factory Racing team as they tackle round 1 of the EWS in Valdivia, Chile.

All of Wyn’s wheelies, all in one place!

Wyn Masters, Nick Pescetto and Mark Matthews have been having way too much fun in Bali - and so are the monkeys...

Wyn Masters at a loss for words? Say it isn't so Greg Minnaar...

Wyn Masters and a Bunch of Dudes Shred A-Line

Partying on the trails with Wyn and a bunch of his World Cup homies - on the world's most famous MTB trail...