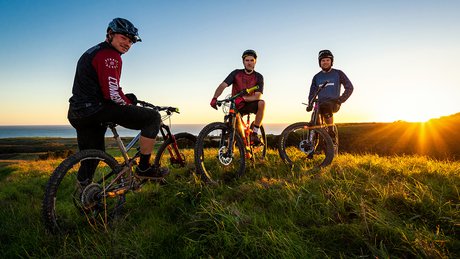 There's more rock in Losinj than a 3-day metal festival...

It's full blast on the streets of Mexico for one intense POV preview.

It's hard to pigeonhole a bike that's this versatile.

You don't need massive jumps or tons of prize money to feel the white hot grease fire of competition among friends...

Sending the Mega Train in Taxco

For Sam Pilgrim, it's not about how fast one can get down the course, it's how one looks while you're doing it...

Sam Pilgrim and Co. Get Zesty in Whistler

When he's not teeing up for a competition, check out what Sam Pilgrim gets up to in the Whistler Bike Park...