Best weekend ever, what superpower do you want, and a multitude of hot laps...

Old feature revivals in BC, young guns on the comeup, and a deep dive on the start line...

When you want to send the big stuff, who better to teach you than Remy himself!

It's all gas no brakes with Remy and Yoann as they go full send on one of Squamish's gnarliest trails...

Remy heads up the valley to cut loose at a freeride favourite, with all his OneUp gear in tow...

VIDEO
Rémy Métailler and the North Shore No Fall Zone

"Theses lines are absolutely insane, I thought I [would] not attempt one of them...."

Rémy Métailler samples the woodwork, and manages to give himself more than a few scares... 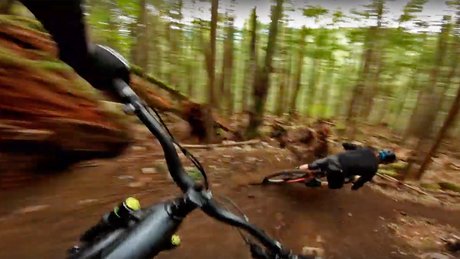 This trail was 3 years in the making and it's a masterpiece of slinky bench cut with doubles, step downs and even an over the trail gap...