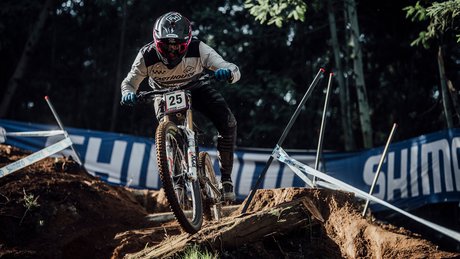 A weekend of highs and lows brought us some incredible racing, a new name to watch and a few disappointments.…

VIDEO
Reece Wallace Expodes Berms and then Fixes Them

Smoother than a belly dancer...

Sending it on Squirt Merchant

Things get a little rowdy on the Iberian Peninsula thanks to some questionably named trail...

Brendan Fairclough heads to the hills of Portugal for some off-season shredding.