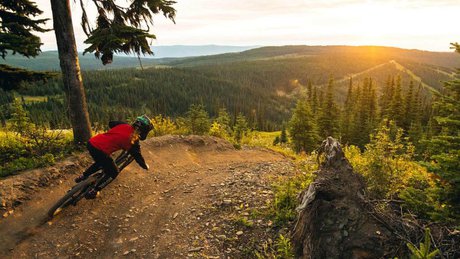 Sun Peaks gets a big expansion, a fresh lid from Giro, and the UCI moves on from Red Bull coverage...

What bikepacking dreams are made of: the perfect gradients, insane views, epically-located backcountry huts, and some of the most beautiful bush New Zealand has to offer...

Take an inside look at one of the most notorious crews in mountain biking and how they succeeded as professional riders and racers while never losing sight of the need to have fun along the way.

Fun on mini bikes, the unlikely beginning of snowboarding, and...traveling under the social influence? It's the NSMB Weekend Warmup #109.

Swipe. Swipe. Swipe. You may be familiar with just how challenging it is to find your perfect match. Enter the Honzo ESD...

Challenge: Climb 55,000m in 30 days: the equivalent of climbing from sea level to the edge of the Stratosphere...

Deity's got a fresh new set of pedals, and McMillan got the nod to show 'em off...

Remotely working from New Zealand means Aaron has some wild work hours, but it also means he's got plenty of time for riding.

From the deepest forests of North Island to the big open landscapes of South Island, The Giros take you on an immersive journey in New Zealand and its rich culture.

The 2019 edition of the Santa Cruz New Zealand Enduro has come and gone; check out all the good times, and get inspired for next year...

The 2019 EWS is upon us, and team CRC Mavic are looking fresh!