VIDEO
The Syndicate - No Time To Cry

A feature-length season wrap up video from the folks at Santa Cruz marks Loris Vergier's last appearance with the collective... 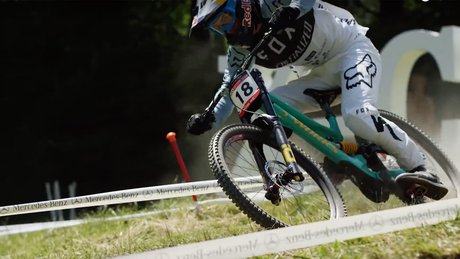 Focus on Loris Vergier - at home training and 4 wheelin', and then at Ft William and his first career podium at Leogang.

It's a fresh season and a whole lot of changes for the Syndicate right from the word "go."

"The Santa Cruz Syndicate goes transcontinental in 2017 with fresh signings of Luca Shaw from the USA, and Loris Vergier of France..."

Behind the Scenes of Loic Bruni’s Historic Win

After a disappointing first round at Lourdes, watch Bruni bounce back in Cairns for his biggest victory yet…

Loic Bruni, Loris Vergier and Finn Iles on Specialized for 2016