It's gone from dustbowl to mud season at Snowshoe for the latest round of the UCI DH World Cup. Check out the course and get some thoughts ahead of Saturday's race... 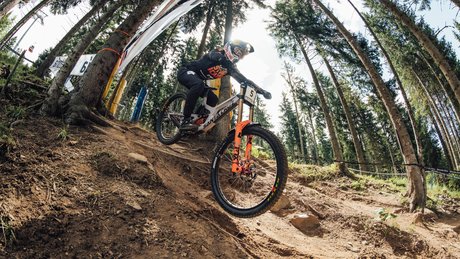 All the latest from the Swiss Alps in the runup to the latest UCI DH World Cup race...

We're not spilling anything on the front page - but trust us and watch the replay - or if you'd rather just know step inside...