Break out the crampons and ice axes, because there's one hell of a climb ahead.

Wild in the Wharncliffe Woods

A Dusty Rip Down Memory Lane

If a mini-DH bike tickles your fancy, the Euros might just have you covered.

A Foot of Travel in Moab

Filmed by Shawn Spomer in glorious 240p around 2001 - this captures the rad spirit of big travel hucking in the USA...

Nothing like “winding down” the season with a “mellow” Utah mission…

The Evolution of Mountain Biking

Nothing like some massive castle storming action in Italy…

“It’s like the girl that got away, and there she is. Now let’s see what happens…”

Recreating Ride to the Hills

From the throwback days of the legends and god fathers, to current events like Rampage pushing what's possible on a bike, Utah is timeless...

Is the Voltage a 650b freeride bike? A park bike? Or a big slope style machine?

The jumps are big, and the tricks are even bigger at the Fest Series… 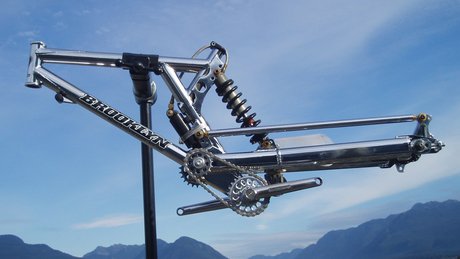 “In these days of nearly homogeneously good bikes, there are few surprises to be had; the olden days of dodgy experimentalism are probably best left behind, but I sometimes miss the mad science projects…”