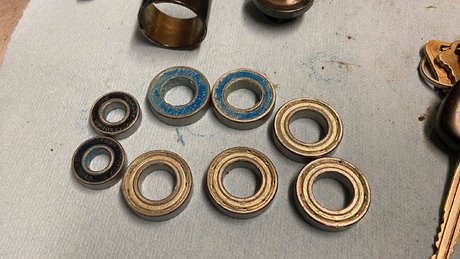 Many elements of this swap were less demanding than some of the others I've done - but I still managed to make a mess of it...l

"I hit the ground all the time but it’s those big crashes, thirty or forty foot games when you come up short and really smoke yourself..."

Action from round 1 of the World Cup DH in this replay.

Is the Voltage a 650b freeride bike? A park bike? Or a big slope style machine?