film by NFL films on the 24 hours of le mans.
chases the audi race team.
great flick. available on itunes. last i checked it was free.
if you like racing at all, watch this.

prior to the rain, it was an amazing race.
This season is shaping up to be a great one. Lots of passing. The drivers talent comes out more.
Kers was a gamechanger there for a while. this system will be interesting in races to come.
But what a downpour. they were just soaked.
some real gold on the driver radio's as well.

Wouldn't a cheap reliable OS that runs on PC scare the shit out of Apple??

Personally I like Mac but I have 2 things holding me back from getting one. First, I would have to learn how to use them. I know they are easy, bla bla, but I have been on PCs for years and years and know them inside out so it will take a while to get that comfortable with a Mac. Second, autocad doesn't have a Mac version.

Another consideration to the mac vs pc argument that seems to be missed here is that it isn't unheard of to find PCs on sale, which totally kills that "10% more for a similar spec" argument. With a good sale they are more like half price.

it should scare apple.
But not too much. as its been shown, the apple faithful, are well, exactly that. Faithful to El Joboso and whatever he puts out.
You also rarely hear of a mac user whining about the system. i cant tell you how many times i hear stuff about pc's.
And truth be told. as a mac user, i love them, but my next computer will be a netbook.

The missile would be lucky to reach Alaska.

Maybe Kim wants to make up to the world and is looking to take out Palin.

The US military is all giddy about this one as they'll get a chance to blow the thing out of the sky.

please oh please let it be a anti palin tactic.

and just because it cant reach, does not detract from the seriousness of what he's said, and seems to be working towards doing.

.glib is annoying and all mac users luv tha cox

English.
Do you happen to grasp it?
darned pc users….

Sure a BMW costs more and might last longer, but it doesn't mean it is affordable and practical.

think about what you just said..
if it costs more, but lasts longer, your return on that investment is greater. and in the line of thinking a bmw, if it lasts longer, then inherently your costs will be lower, as its longevity is brought about by its reliability. which, strangely enough, would also make it rather practical as well.
you loose on two fronts.
Enjoy!

Why dont we just nuke them first?

ever seen Dr. Strangelove (or how i learned to stop worrying and love the bomb)?
watch it. a comedy at heart, but man, it makes REAL clear why nuclear attacks are just a bad, bad idea.

she's just an actor.
Microsoft is clutching right now
the "cloud" is going to be interesting,. Linux, and android are now viable os's, and should scare them.
Apple has the advantage of being all in house. hardware, software, the works. and as a result it just works.. and thats why i have never owned anything but a mac.
lcII, performa 6350, 6400, powerbook 3500, powebook lombard, g4 laptop, g4 imac, and now a macbook pro.
never an issue. never a fault. they all just worked.
and now my new ipod touch well, seems to fill a large portable void.. amazing device..

yea. entire trip came about one night with a buddy watching it, saying "gee. we should go watch it live"
and if you are gonna do something.. like go to a f1 race.. why not see it arguably most historic track in the season.
Go Lewis!

canada.. not the threat it once was.

yea. they are no joke.
they have expressed interest in turning north America into a lake of fire.
nobody really knows how to deal with kim… maybe he's making an amazing movie… or dead, and his people are just kinda running round like kids in a nuclear candy store.

Would/Do you run a carbon bar on your AM bike?

run carbon on my am bike for a while now, and im no little guy.
mounted on a heckler, the bar holds up well, to all the abuse and use it gets.
i have run carbon on all but my dh bike, and have no reason to ever doubt it's strength.

should be fun.
fear the
Taepodong-2 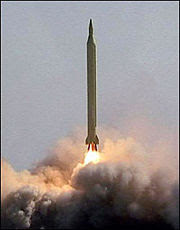 Monaco is pretty cool, but a pain in the ass to get around on foot. Be prepared for a lot of stairs. The square with the Casino is pretty much the only thing too see other than the crazy yachts and used car dealerships along the water.

Nice is a 20min train ride away and has pretty good/cheaper restaurants and things to do. The beach is all flat round stones though, which is nice for keeping sand out of your junk, but a pain to lie down on. Get a couple bamboo mats from Carrefour or Monoprix for 1 euro and you'll have a good set up for afternoon boobie gazing…

Well. we will only be in monaco for the day of the race. i dont expect to move around much.

Im staying in nice as the staging area of the race.. and remember as a child that those beaches were great….
i recall you did a fair bit of travel in that area.. any "must see's"

yea. family makes wine..
cheap will happen.. but not often.
i do love me some wine. family has promised to meet me with cheese and wine. :drool: