Beautiful work guys. The contrast of the CNC work with the steel front end works great aesthetically. The rear end work is the hardest to do in steel so doing it all via CNC was a smart move.

I've ordered the individual bits in stainless online from a spot in the US called KC Tool. Agree that rusty tools in the bike kit suck.

Beautiful bike with lots of innovation there. Paul's part of the inspiration that kicked off building my own frames in the garage. I didn't do his frame building class but did attend one of his open house nights and it's the first time I handled a brazing torch to stack little blobs of brazing rod.

You need some flush cutters in your camera bag.

Can I not pick the zip ties on the chainstay guard?

How can we have a mention of Cool Tool and not it's eccentric founder Bob Seals? Bob started Retrotec bikes and after leaving the bike world he founded Klean Kanteen.  He's known for showing up to the early singlespeed races wearing nothing put a speedo.

I've been using a set of Fix-It sticks for a few years, I managed to lose one of them and yet to replace it. Along with the Fix-It Sticks I've carried a small chain breaker that was salvaged from some old Topeak. This unit looks like it could be a worthy addition.

Regarding 1/4 bits, get WERA HexPlus bits. They are better.

If you want even more fun, run your friction thumbie on your diy electric bike and the ability to send 500w of power into hunting for the gear.

I love my thumbies, but I did get a trigger shifter back on the electro commuter after it's last rebuild and it's nice.

Even though it was a 11spd Microshift and 11spd cassette I ended up spending about a year in friction mode. It got knocked out of alignment one morning dropping the kids at daycare, flipped it into friction mode....just never took the time to realign it and switch back. Cables never out of adjustment in friction mode.

Fancy stems are nice and I have several (NS Billet, Chromag, and TCI) but my next will be back to a simple inexpensive forged lightweight weight weenie one so I can min-max the dollars into higher value area.

I want another P321 rear hub and the dollars gotta come from somewhere.

Anything that generates clicks and views will survive. So long as enough people are viewing the ads on the site while using the buy/sell it would likely stay.

Sad that they are already talking about paywall content. The last 5-ish years I've turned to PB more and more for the daily update on product releases. Back in the day I was an avid Outside reader (print not online) but the quality of content dropped off at some point.

Bright side is that it wasn't bought by a Men's Health magazine type conglomerate that killed off the Surfer Publications of Bike/Surfer/Powder?

You can copy ANY patent you want for personal use. As long as you don't sell anything you are fine.

I was having a little buyer's concern in the 3 days it took them to ship to me (3 days!).

Uh you know it's not pizza delivery right?

Amazon prime has ruined the world for shipping expectations for small/medium sized businesses.

Will people stop publicising Parkgate Park!!!! I won't be able to find my usual parking place there once all the rabble descend on it...🙄🙄🙄

pffft 200+ people at each of the four Fivers per season we had there...so lots of exposure already. Just seems maybe some of them just aren't bright enough to remember so I don't think you need to worry.

But there's no cold beer and wine store at Parkgate Park.

I was going to host a Fiver out of Martney Creek Park to help expand the awareness for this spot and it's access to Seymour but well Covid.

There are signs indicating Parkgate Park's gates get locked but we never saw anyone come to lock the gates in all the years we hosted Fivers there, but that doesn't mean it doesn't happen later at dusk/dark. I've parked there numerous times (pre 2020) on a Wednesday night to mark Fiver courses and it was EMPTY while Old Buck was an overflowing gong show.

Even St. Elon knows that he probably can't release the Cyber Truck looking like the prototype and have it sell.

My money is it coming out looking a lot like the Mercedes, just a little bigger.  Soft, rounded, expensive looking and with the bland inoffensive design language of the rest of the Teslas.

My money is also on Ford selling far more of them than basically anyone.  It's a normal truck, based on the most popular vehicle in North America for basically forever, and even people who like the CyberTruck (me) would think twice about having to actually drive one on the daily (also me).

My speculation is they keep the hard angular lines...they just gotta put it in the drier and shrink it back to human size. Currently it's HUGE.

I have zero doubt that they'll sell them faster than they can produce them. Watched a soccer mom drop her kids off at the Fromme gate last night in a GM AT4 HD Duramax, big trucks are hip regardless if it ever get's used for 20% of it's potential.

Elon knows he can't produce anywhere near the daily production numbers of Honda/Toyota/Hyundai so he isn't going to make the next EV Civic/Trecel/Accent. He's taking market share from BMW/MB/Lexus.  We don't need more luxury dick waving about how they can drive 10,000 km in a single charge, we need people to do ALL their small trips in a more conservative way. Having 10,000 km worth of resources for the twice a year trip is wasteful. Our kids are going to need Elon's colony on Mars if we don't get our ducks in a row and properly tackle our use of resources.

had to completely remove the air piston

Okay I've not been inside a Helm...but how on earth does an air spring work without it's piston???

My understanding is the MK1 Helm complaints are a compression tune issue and spots like Suspension Werx can re-valve them if needed.

I bought a MK1 late last winter (before the MK2 was announced) for a build that's still in progress so I've not ridden it yet, it's just been sitting there staring at me begging me to finish building the damn frame. Looking forward to finally riding it.

Tesla is a status brand, it's never going anywhere no matter what other manufactures bring out.

A whole lot of urban dudes owning trucks that are secretly jealous of their Tesla owning neighbour are going to have a hard on for this F-150 Lightning. Then they can be a tough truck guy AND "helping" save the environment with their $70,000  EV truck. 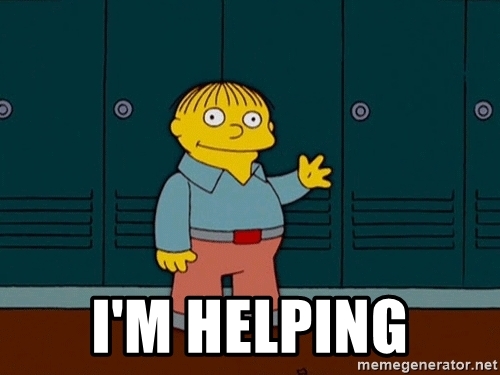