And you just know Trump will be fanning the flames with his tiny hands straight through to January and then after that on Trump TV which will make Fox News look like Scientific American.  After what almost happened to the governor of Michigan there is no reason to believe there are not 100 more plots in the works.  I hope it won't come to that either, but the wind is blowing that way.

Where are you located?

Arizona. This state is actually shifting blue for the first time in the 20 years I have lived here.

Still quite a few Trump 2020 flags flying around. I find that concerning.

Chup's prediction (I know I said I wouldn't)

- Biden wins 353-185
- Trump will whine that is was rigged but he will leave with his tail between his legs after wrecking all he can before January and leave Biden nothing for transition
- Trump will be indicted on charges of money laundering and fraud by the end of 2021 (in real court, not talk radio)
- After the devastating loss Republicans will all say they always knew Trump was a crook.
- Ring wing nationalists will take to terrorism across the country after his loss is official

Speaking from down in the States, this is a real concern.  I am hoping it doesn't happen, but I have a bad feeling about the end of this year.

Re: Frame warranty - am I being unreasonable?

If it was me I'd contact One Up and just let them know about the situation without making any requests. I've managed quality systems and getting feedback like this can be helpful preventing a lot of issues. Additionally they may just replace the post and if they don't you have a record in their system of the issue should it lead to a more serious problem you want some help with later.

This 100%. Just mentioning stuff like this to a company without making any demands or requests can go far. I've had companies warranty/replace stuff without asking. It is possible it was an oversight during manufacturing and they may not be aware of it. 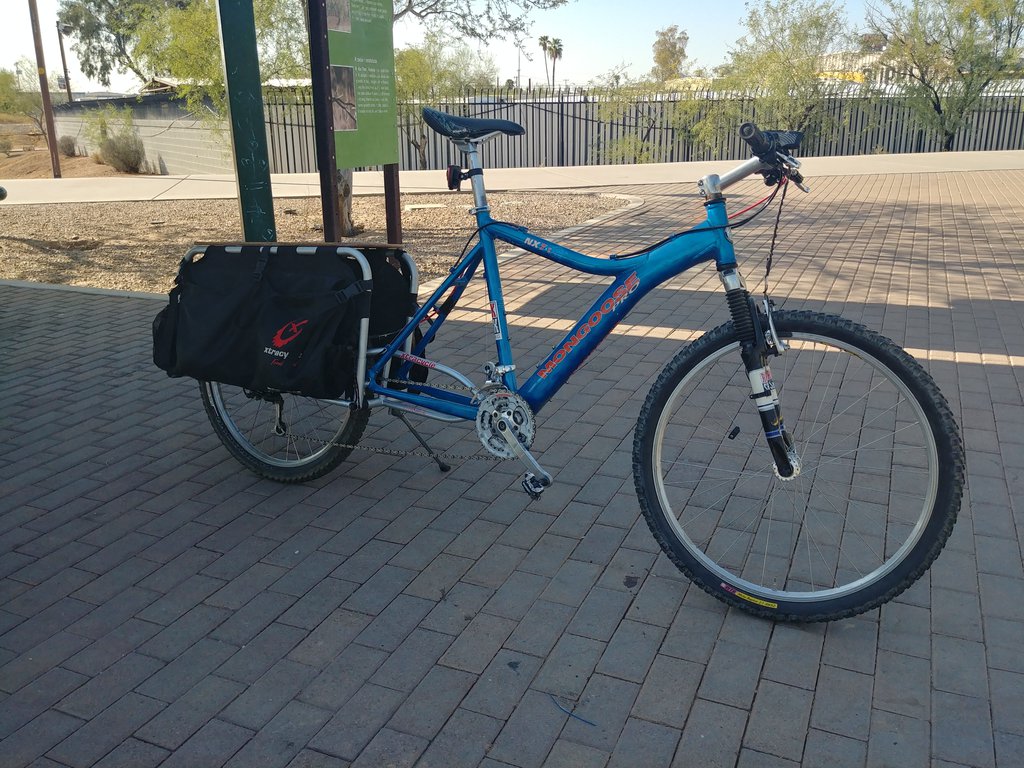 My commuter (right now). Rebuilt my Xtracycle with with a Mongoose NX 7.1 from Craigslist. Loving it! Way better than the Cannondale CAAD 3 I was using with it before.

Can't seem to get my picture to work.

I'm seriously have seen ebikers climbing on tech trails and wide roads they both seem to be motoring along just fine.

I've also witnessed a couple who were easily over 65 blast up the last section of the climb on BLT before you hit the road at the switchback (pretty steep if you know it). They both laughed out loud (not out of breath at all) and then turned around and headed back the way they came.

Don't tell me they are hard work :)

And I'm not even against ebikers but you can wait on a tech climb for a good place to pass while I cough up a lung.

I 100% agree. That's why I always wait. I'm not in any hurry and its not like there is a medal waiting at the top!

I should have been more clear about technical climbing. I'm far less gassed, but I just meant that I clean more first pass on my regular bike than my eBike.

For me, it depends on the climb. Smooth and straight climb you typically just grind up on a normal bike? Easy day on the eBike.

Slow technical climbs are actually more difficult on my ebike. It weighs 56 lbs and the Bosch motor has a lag in it...takes a pedal stroke to kick in. I tend to use a lot of pedal kicks to get up ledges and techy bits. Its tough to get the timing right. And...it takes a lot more body English to manuever a bike that heavy up a tech climb.  I can actually climb technical trails easier on my regular bike.

I get what you're saying though. Lots of riders around here seem to ride them on mellower trails which baffles me. Its not much fun. I love climbing ridiculous stuff with it.

So I ride an eBike and a regular bike.

Regardless of which one I am on, I always stop and wait for people to clear a section. Especially on the eBike since as someone said earlier, I have a motor to get going again.

Is this really such a difficult thing to do? Full disclosure, I am in the USA.

Its just too bad that people are being so selfish.