What do you mean by implosion?

an instance of something collapsing violently inward.

a sudden failure or collapse of an organization or system.

"the free content found on PB may soon undergo an implosion"

Best dropper lever out there in my opinion. Need to get them for my other 2 bikes.

Wolftooth customer service is great and having all the small parts available is so awesome!

I had a carbon 2017 Aurum with similar geometry to that, with a really high spec that only weighed 34.5lbs and I cannot imagine pedaling it uphill anywhere. If you were really fit and had at least a 32t cassette you could suffer up flatter forest roads like Fromme but anything steeper or single track would be awful. 200mm forks have a ton of pedal bob as does the rear end (and no climb switch on DH shocks), slack HTA + long offset fork is floppy, super slack seat tube, bad pedaling kinematics, small cassette, short cranks, heavy everything.

Like most people back in the day, I used to pedal my DH bike up the trail.

But after riding the newer long travel enduro bikes, you realize just HOW BAD those DH bikes pedal.  To get any of kind of leg extension, you raise the seat and end up a foot behind the bottom bracket.  Goodbye knees.

If you are super fit, I suppose you can pedal standing up the whole time. I used to do that, but I am not sure if I could do it anymore. AND...it sucks.  Truly.

Unless you are going to be focusing on shuttling and pushing up, I would look for something a bit more pedal friendly.  a 160 F/R bike in the last few years will handle just about anything you will encounter.

I just want to see a photo of that Giant AC1. I love old bikes. If I was in your neck of the woods I would probably offer up some cash for it! 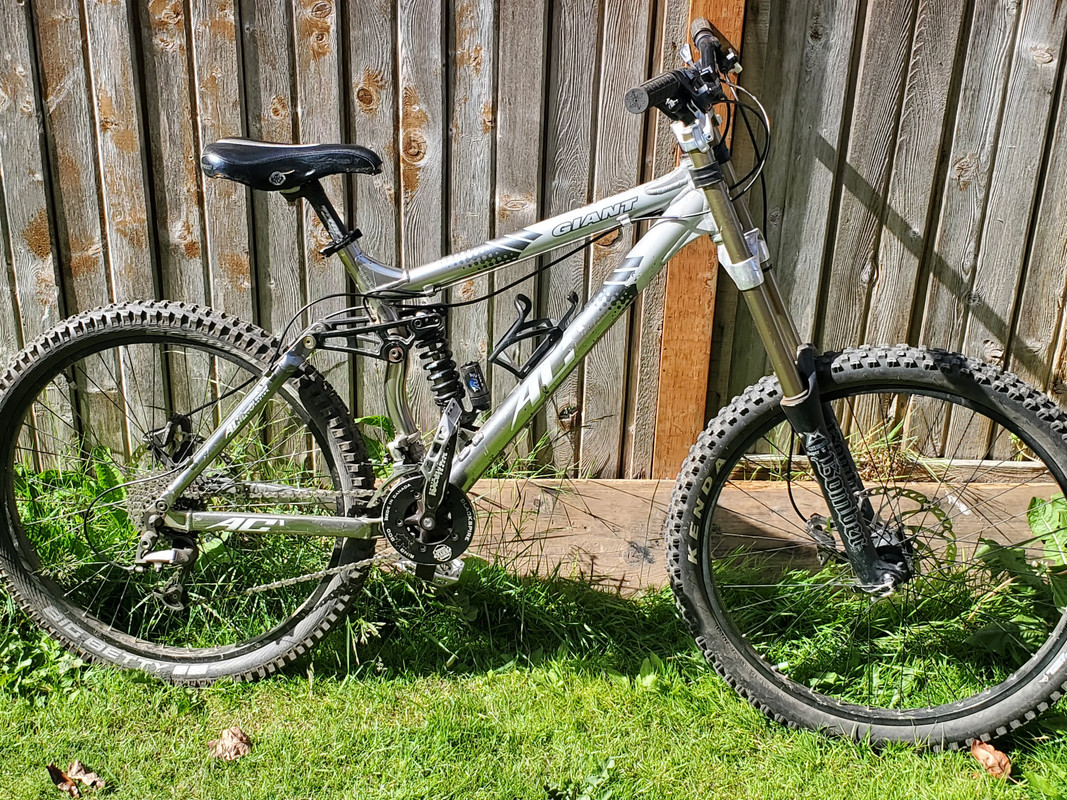 It won't be for sale though, it'll keep kicking around as a loaner "first hit is free" bike.

Love it! Thanks for the photo!

I just want to see a photo of that Giant AC1. I love old bikes. If I was in your neck of the woods I would probably offer up some cash for it!

Velocipedestrian, that is really cool! I love seeing this kind of customization!

i'm not sure if these were definitively better than the current crop of trail / dh clipless pedals, but for a product of that era, they'd probably still be viable today. the rotating spd bit allowed for a nice snug shoe to platform interface (that lots of the current non-articulated modern pedals lack), and like all shimano pedals, were bombproof. 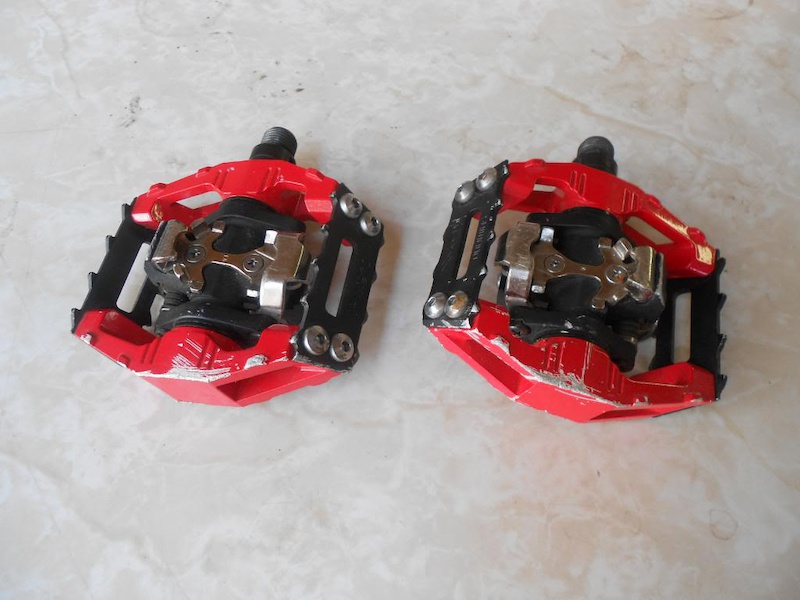 I still use a pair of these to this day! They are starting to wear out now but still work!

Re: To the ass-hat on Bridle today at 5pm...rant-warning

This is where mountainbiking is now?

Yes it is unfortunately.  Here in AZ, tons of new riders on the trails. Most seem okay, but I have run into plenty of d-bags cutting off/scaring hikers, blasting down the trail like it is their own racetrack and just being a-holes in general.

The amount of cheater lines/braids I have had to block off is increasing.  I watched a younger guy jump over the branches/rocks that were blocking an off trail line.  When he rode past I told him that line was blocked off for a reason, he didn't care.

It sucks, but here we are.  Fortunately, it seems like the hikers and other foot traffic have been pretty understanding, I have had more positive encounters lately.

Dang, bike delivery pushed back to July. Such is life in Covid times!

Sweet! I have a new one on order, should be here around the beginning of June. Looks good! And I am partial to the pink components.

Rad, which frame/build are you getting?

I had my first real ride on it this morning and it RIPS. Loved pushing it through berms and it’s both playful and composed at speed, at least as much as a 120mm bike can be. Climbed really well for a heavy trail bike too.

Only complaints so far are weight (the alloy frame is over 9 pounds), pedal strikes (I’m using 175mm cranks in the low position) and Santa Cruz’s nonsense suspension recommendations. I have 25 PSI more than they recommend and might add more. 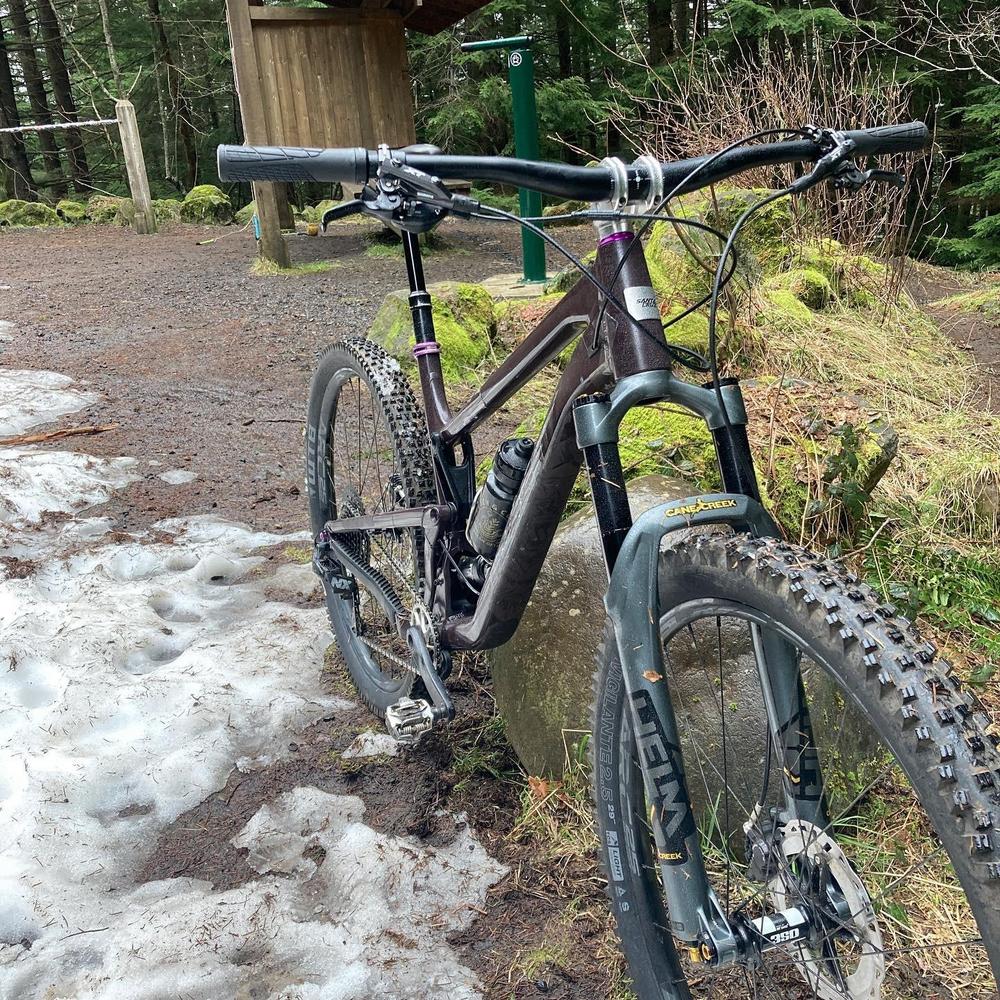 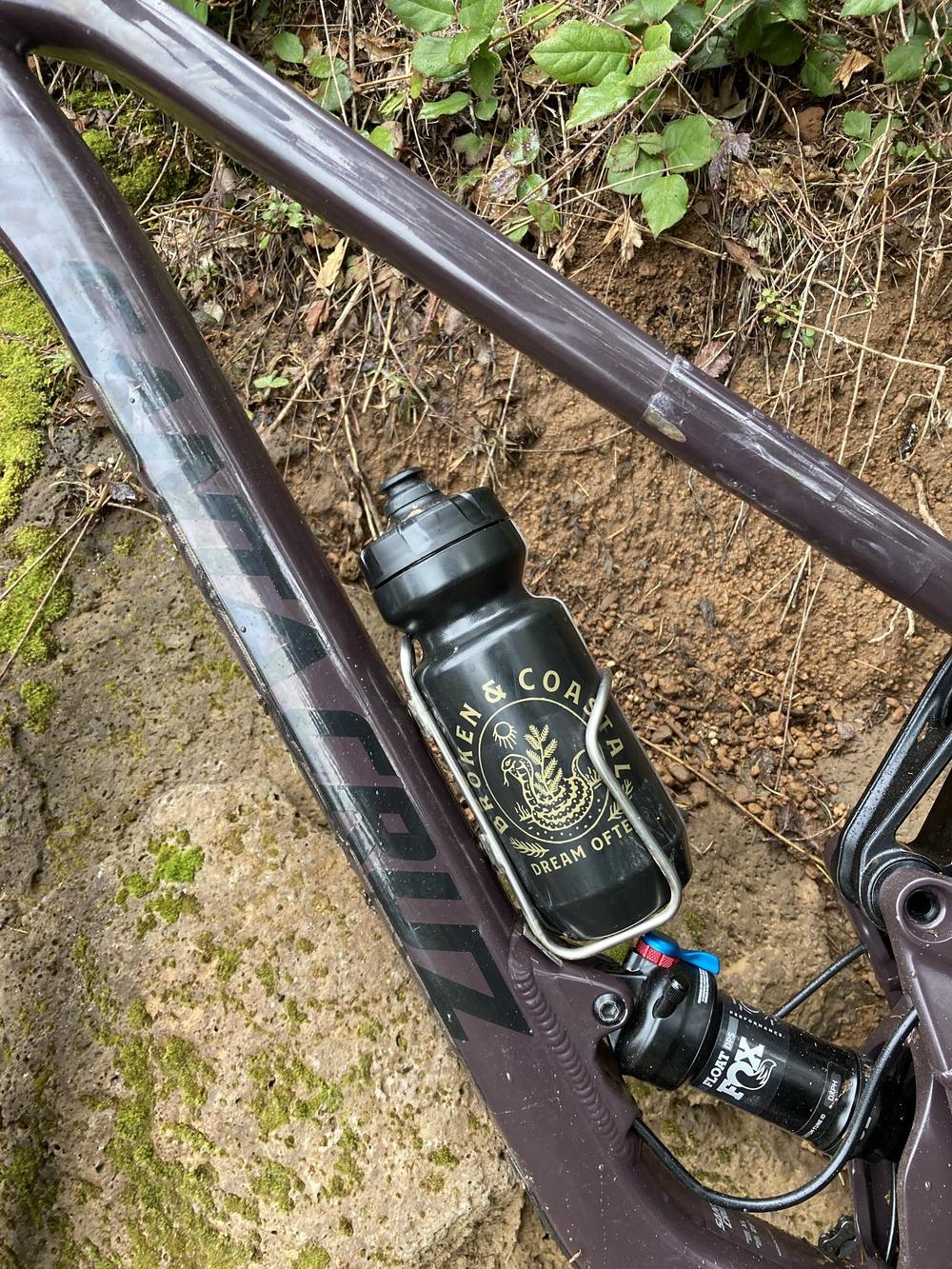 Sweet Banshee. I almost ended up with one of those, but got a deal on this v4 aluminum tallboy which I just finished building last night. It’s a heavy pig but Im still excited. I’ve been riding a Honzo with 150mm fork for the past three years so this feels... different. But good. 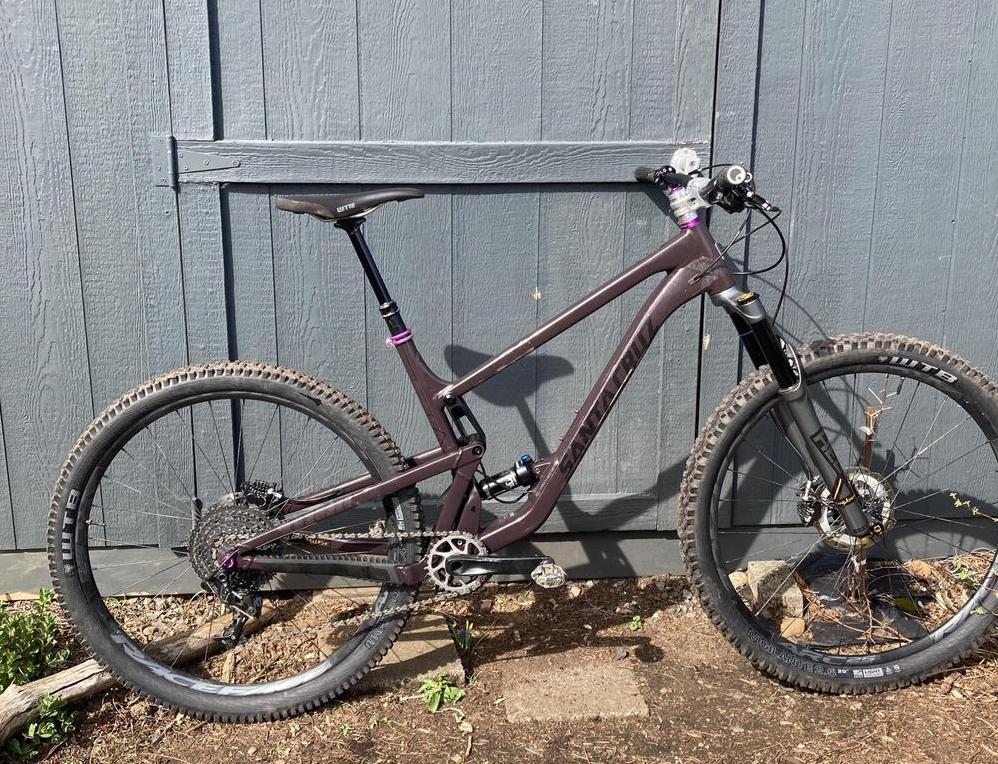 The pink blingy King/Hope/Burgtec stuff isn’t really my style usually but they came with the frame, and I kind of don’t hate it for now? But might swap for silver parts.

Trans x 150mm dropper. I think I can clear 170 so that will get replaced at some point.

Sweet!  I have a new one on order, should be here around the beginning of June.  Looks good!  And I am partial to the pink components.

Re: ebikes on the Shore

a very unkempt or unpleasant person.

Well, considering how judgemental and unpleasant a lot of people in the MTB community seem to be I would say it still might be a dirtbag sport.

Seems to be getting worse lately with the influx of new riders. Ear buds in, not stopping or slowing for anyone, turbo boost mode cutting cheat lines trying to imitate the latest Instagram shredder.

But I am also seeing it with regular bikes as well. Just general dbag behavior.

I dunno, I am in no hurry, I wait for people all the time going up or down.

Re: ebikes on the Shore

A few guys I know have sold their ebikes after a fair amount of proselytizing from them when they first got them. They all came to the same point that more laps in less time wasn't satisfying. Turns out that some difficult climbing contributes in a major way to the satisfaction of a ride, a satisfaction they didn't get on the ebike, which just makes it too easy they said. They also said they didn't like descending on such a heavy bike, which is ironic because the whole draw of the ebike is to do more laps in less time which means more descending on the bike that doesn't descend as well.

That three separate experienced riders in three different places came to the same conclusion is interesting.

That is exactly why I sold mine.

They are everywhere here in AZ now though.  Probably half of the bikes I see on the trail are eBikes now.

Great action shots too!  Almost looks like a trials bike compared to today.

I had a Banshee Morphine back in the day set up like that, still miss that bike.