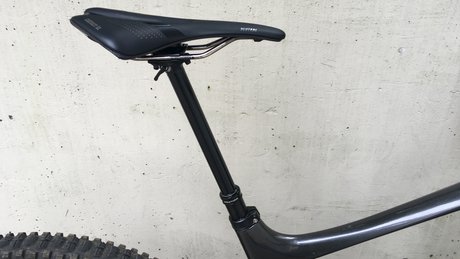 "The closest it came to a problem was when the post locked up after I had left my bike in full sun..." 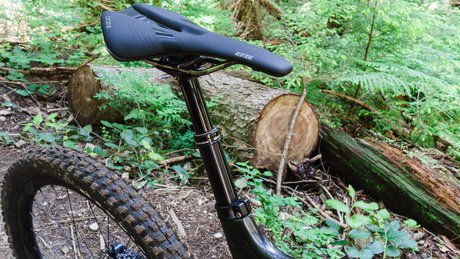 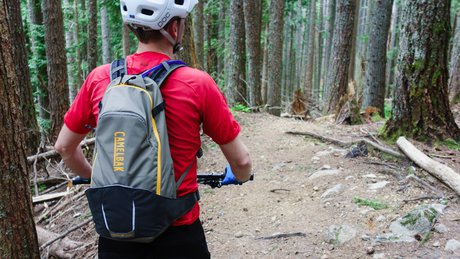 The M.U.L.E is made to handle big days in the saddle, with 3 litres of water capacity, and 15 litres for gear, you'll be Boy Scout prepared... 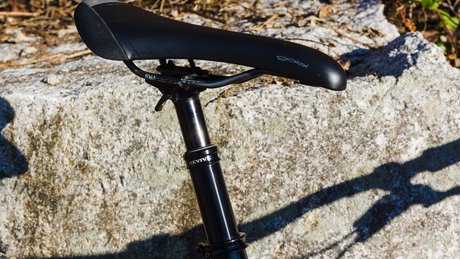 The BikeYoke 160mm dropper is a little more expensive - but it offers features and reliability that may justify a little more cash... 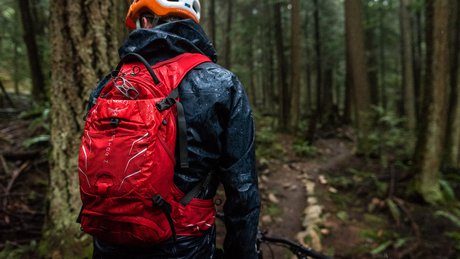 The only raptor you'll want on your back… 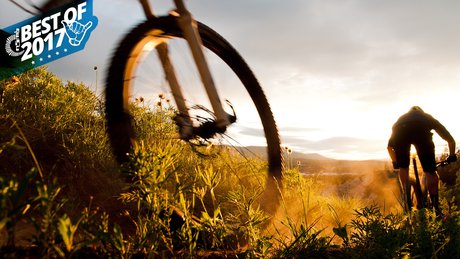 From Italy to Iceland, Whistler to the North Shore, staying injury free resulted in many excellent experiences. 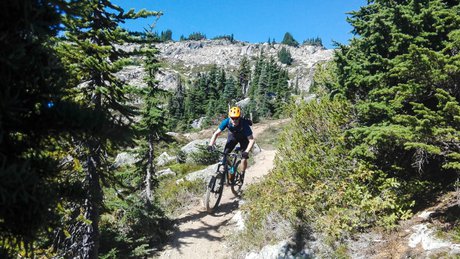 A pair of well-engineered German goodies (RAAW Bikes!) and a plea for apparel that fits the lean and lanky... 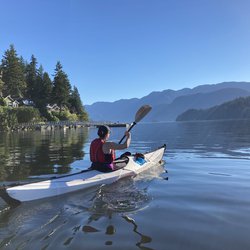 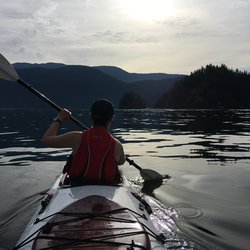 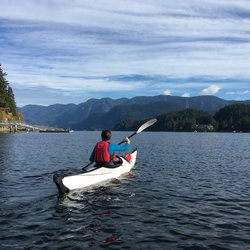 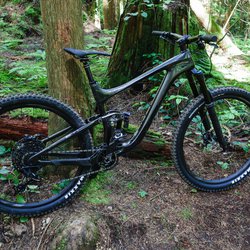 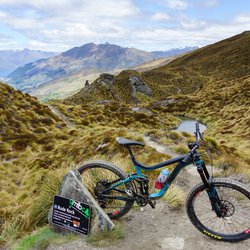 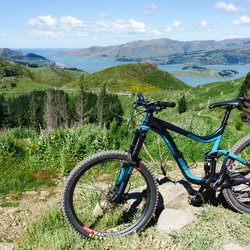 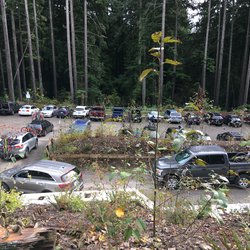 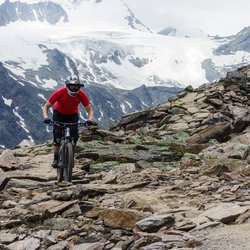 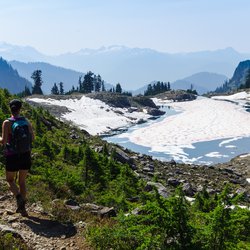 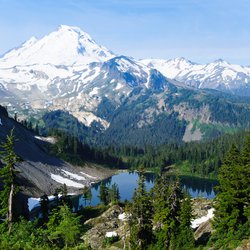 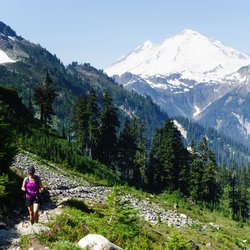 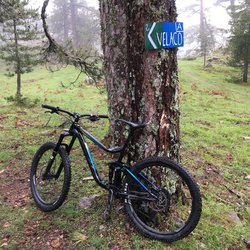 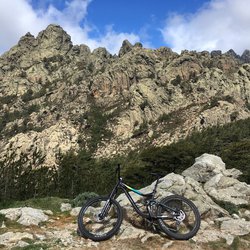 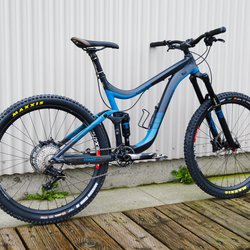 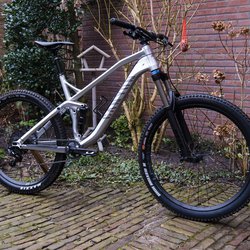 +1 for Squirt, have been using it for 13 years now in a wide variety of conditions. Just wipe off dust/dirt after a ride and every once in a while apply new light film of squirt on the links. So easy. I don't see any reason to try anything else to be honest.

Best to set multiple different privacy zones around your home. With a single one on your address it's still not too difficult to figure out from a couple of rides.

I fixed the photo

Fixed! Thanks for the heads-up.

Ah that would explain.

Actually, now that I look at the picture again, I'm not sure there is a spacer.

I think what Brian is saying is not that the math is incorrect but that reach on its own does not say much and that it should always be considered together with stack.

Reach and stack together determine the distance between bottom bracket and top head tube or, in a more practical sense, how much space there is for you body in standing position between pedals and bar. The different ride-9 settings only change the angles but not this distance.

Slipped through the spam filter 🙄

I've also seen some weird driving behaviour in the past few days. I think it's because people are under above-average stress.

I think the guy who designed the humorous signs retired a few years ago, I remember it being in the local news. My favourite is the one addressed to dogs.

I'm a little scared the post will just work and I won't have anything interesting to report!

I've been using Squirt for the last 13 years in all conditions. Works for me all seasons. Long extremely wet rides or axle deep creek crossing will rinse it off your chain but those are very rare circumstances for me. Even then it will just make a bit more noise. Afterwards just wipe clean and reapply Squirt.

You mention "getting all the oil out of the chain". I only clean the excess grease off the outside of a new chain. The factory grease inside the links stays there, it lasts forever and you'll never get your chain lubricated as well anymore if you remove that by soaking in degreaser or something. Apart from that it's just applying Squirt and letting it dry then wipe off excess. After a ride, just wipe with dry cloth. Pretty much last forever like that. I only reapply Squirt if it got rinsed off in a wet ride or from hosing off the bike.

I find it's mostly avoidable if you design your life so that you don't have to depend on a car and if you do want to drive, can avoid when & where everyone else is going.

With so much development of higher density housing and the roads and bridges staying mostly the same, traffic will only get worse I'm afraid. More reason to avoid driving.

I'm pretty happy with how cycling infrastructure has been improving over the last years although it's still incredibly basic compared to what I grew up with in Holland.

What's interesting to me is that I posted a response to one of these threads and MY post was deleted but all the threads remained afterwards.

It wasn't the most polite response but still...

Maybe they nuked the whole thread I replied to?

Yes I had deleted that entire thread (no point in leaving just your reply there?) and deactivated the spam account but had missed the other threads they created. I’m on vacation and only have my phone.

NFL spam threads deleted, thanks for the friendly heads-up.

For me it would depend on how good the cycling infrastructure is on the route. I'm not keen on riding on busy roads in the dark. Actually not even when it's light.

I used to do 40 km each way occasionally when I lived in Holland, including in the winter and in the dark but it was all flat and on separate car-free cycling paths. Like that it was enjoyable but I still wouldn't do that distance every day.

Here I did North Shore to downtown a couple times a week for a while, ~15 km each way and mostly car-free (Spirit Trail - Lions Gate - Stanley Park - Seawall). Perfect distance and one of the most scenic bike commutes in the world.

I would probably want to try out the route a few times to see if I like it before making a decision .

As of August 28, a grizzly bear closure has been put in place for a portion of the Sproatt Alpine Trails network.

This closure applies to On the Rocks trail and the upper portion of Lord Of the Squirrels. All other trails in the network remain open.

The public is reminded that if they encounter a bear, they should be prepared to change their intended route which may mean backtracking to avoid conflict. The situation will continued to be monitored by the RMOW Alpine Rangers and Provincial Conservation Officers.

no, but you can contact them and tell them that your intention was to self declare the package. Then you ask them to reduce or cancel the FedEx processing fee.

I was caught by the same thing recently, with the invoice coming a month after the delivery. They charged PST on bike parts which are exempt in BC. They couldn't cancel the taxes as they'd already remitted them on my behalf to the CBSA but they could cancel their $50 processing fee, which they did.

You can request a refund from the CBSA for the PST.

In a related question, is there a non-web-dev way to pull your ride log data into google sheets? I keep a personal/qualitative ride log in Google sheets that tracks more than just the trails I rode. Usually I'll link to my TF ride log so I can refer back to it. It would be cool if that link could bring distance, elevation, etc. Anyone know how to do that?

If you use Strava you can use a site like https://www.statshunters.com/ to import your activities and then export the stats to Excel (which Google Sheets can import).

Edit: looks like Trailforks can export your ridelog to CSV (which Google Sheets can import as well). I don't have any rides in Trailforks so can't test it. But the columns include distance, time, elevation and what I think are links to the activity on Trailforks and/or Strava.

One thing I find interesting is when in Italy you can walk into any random supermarket or even an Autogrill highway stop and there'll be an espresso bar with an old guy straight out of The Godfather behind the counter and for less than 1 euro he'll prepare your cup without any fanfare and it's almost always better than what you get for $5 in one of the hip coffee places over here.

This probably fails the hipster test but it works for me.