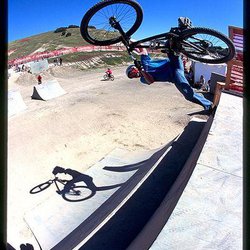 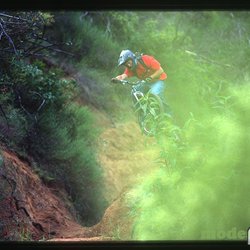 super dope but seems pretty heavy on the post processing.

Just a guess but would say the 'media' and public put a lot more thought in to Jin on a hard tail than he does.

One thing that messed with me and his speed is that trails in Japan don't breed guys like him.

Anything i have experienced there is very very buff in comparison to the great white north.

I wish the best for him and his ventures. Japan humbly slays.

I like what mrs gurstin speaks… build the huts… BC's people will be grateful and the stoke will bring happiness to people of all ages.

This kind of stuff breeds good and humble people … BC's backcountry is in desperate need of those types.

MTB mags in North America don't want to pay for photos anymore, the quality of the images nowadays suck because all they put in there are photos from whoever gives them for free. I don't buy mags anymore either.

I don't really see that as being completely true. If the pics are good enough they will pay. Supply a product that demands a dollar. It is the same attitude as buying magazines.

but also consider what is written a few posts down, most magazines are read at the news stand, not bought. How do you expect a company to pay for your images when there customer is taking the same free route? Its a never ending circle for a dieing medium.

Mountain Bike just kicked the bucket, for a photog that is bad news, they paid well.

i think zinc won it too. 3 sick runs but zinc had the hammer. gees wall thing was just as rad though… but up the ante like zinc did and you win a prize. Sure had a nice whip in there too.

The light on the first shot is sweet. No, it's not as philosophical as you make it out to be Ian. There are just too many cars and everyone's looking out for number one. If you don't, you're left behind.

I agree that everyone cuts off with abandon and doesn't take it personally when they're slighted on the road. But it doesn't mean that they're at a different level of driving skill.

That is kind of my point, that you can do what ever you please and you know that every one else is likely to do whatever they want. After a while those reactions are predictable. Where as is Canada or Merica. You dealing with a lot people driving with a different mindset/rules in there head. When everyone is on the same page there is progress. When they have a different play book there is conflict.

I have never actually driven in China, so my opinion is mostly based on the expressions and pleasure I've observed on taxi drivers and drivers in other vehicles.

There is a certain look familiar to people who edge there way through the peak chair line in winter. I only started thinking like this because I kept noticing it on my daily taxi to work… I may have just been desperate for some shred stimulation while stuck in traffic.

I'll admit its a reach. But maybe not by much.

I lived in Guangzhou for a year and the driving was terrible. I've never been to Japan.

I came to the conclusion on my last visit to China that we(westerners) are the bad drivers or maybe just not as advanced.

China is hectic but there is a general understanding of what the rules are(what they are I don't know). But those people driving seem to know.

What looks like a cluster fuck to the unsuspecting is actually a weaving network of organized chaos. Kinda like tree skiing, picking lines, running a touch down. Just a different field. What that cluster fuck has created is the most jedi drivers on earth.

So when your in Couver and an Asian cuts you off, you'll likely get all pissed off and drop some stereo types, but what is really happening is this person is from another world, an advanced society of sorts, that you actually don't understand and would not last to long in before you started raging.

Japan is also somewhat like this, although much less of a free for all. If you can drive in the conditions in China and JP and keep your cool, the rules of the road (the lines, etc) in North American society is pretty much an insult to ones driving ability (thats just a smug opinion).

in Japan people take advantage of society in a positive way and live with in the rules. Almost Everybody does, so you can bank on another person not gas'n you. Where as western culture takes advantage of everything they 'generally' can. This carries over to the road.

My first behind the wheel experience was on a one lane - 2 way mountain road. The one lane 2 way is pretty common. roads are tight but the driving courtesy makes it very easy to cruise around this country… because no one is a dick and knows they can count on the other person not being a dick.

I don't know abt the bad teeth, but definitely strange noises.. annoying if anything. However, I've never slept with a Japanese woman (don't plan to as I am a straight female).

…., there isn't a single soul that I wouldn't bang if I had a dick.

whats weird/strange/annoying for you is normal for 125m people.

And you can make those noises happen with your own god given female equipment… so you should give it a go… if only to make your opinion somewhat valid.

Do you live china? You must.

You mean people don't don't try and rip you off every 3 feet and are not in your face until you tell them to beat it? If that is the case…

Doesn't matter where you are, nobody likes an asshole.

Not sure if that has anything to do with sex being banned on the internet in china… along with Human rights [HTML_REMOVED] Freedom of expression. Although I have yet to google raping little girls in CH. Japan does have a bit of an issue here. Also fucked up sex is an international hobby and knows no borders.

7. It has every type of landscape, climate and recreation within its borders.

Japan slays both landscape and active community (BC has nothing on Japan's active numbers)… but china's landscape is also pretty stellar. Can't comment on the activeness of CH.

People should. China is to f'n noisy.

5. Bicycles own the streets.

There should be more. It's not racism its lame drunk and obnoxious-ism.

i would say this is not true 'everywhere'.

2. Beer is cheaper than water.

1. The women are hotter.

Disagree but biased. Both are fantastic but have to heavily lean to Japan on this one.

Who ever said they spent 4 days in Tokyo and only saw hot 3 girls is some sort of human fuck up. This is an impossible.

…. For the record i like China and am moving there in 3 weeks.

you folks and your seat posts have to remember that you live in downtown mountain bikeville. Your the club kids of AM mtb. Most of the market likely doesn't know or care these seat posts exist.

If your posting in this thread your likely a gear whore of sorts and need to see that most of the world just rides the bike they have. When your surrounded by the latest and greatest you tend to believe life is not worth living with out the best tool for the job.

It would not hurt to have it but for me and i consider myself average biker, would not have even thought twice about it… if Todd didn't mention it.

I think its pretty nice bike, looks nearly the same as my old Covert.