What gloves are those?

this is pretty cool:

images are not remote linking, dammit. just check the kickstarter:

Not available for purchase to USA or CANADA, so not that cool. And no 142x12 rear-end either. Solid B for effort but not perfect.

Thanks for the suggestions guys, figured there might be some trick to the pedals, guess not. But I am hooked. Researching better tires now. And footwear, especially socks.

First time riding in the snow today and it was epic. But how do you guys deal with clipping in the snow with iced up and snow filled cleats? It took forever to clip in when my Giro shoes got filled with that crap. Had to knock them a couple times against the pedals to clear them out and still was kinda hard to get in. Less tension?

I haven't posted any recent pics of my current setup, but not much has changed since the beginning, this season simply raised the bars 25mm and added a 40mm Chromag Ranger stem from the previous 50mm Thomson X4. Much better fit than before with the slammed stem. And finally went 142x12 Maxle Lite rear end after getting a new hub from Sun Ringle's great warranty department.

That's the number #1 limiting factor for me at the moment. I want to jump on a 111DL frameset and switch parts from my Honzo but that 18.3 seat tube is ridiculous. And as far as I know (and heard from Kona), the 2015 Process 111 has no geo changes, still the same short ST on the XL. The Banshee Phantom looks a lot better to me with their 21" ST.

Right now where I have my Reverb on the Honzo, it would be a few mm shy of the MIN insertion line on the XL Process. Makes no sense to me, sure drop the seat tube length on the smaller frames for smaller riders, but XL should be at least 19.5". At least.

And that Bandit I posted previously, yeah, it will be parted or sold as soon as I find a 2012 Bandit 29er frame. We both went on a Niner Demo Day and both rode RIP 9 RDO, first time a FS 29er for me (was completely blown away and I too want a FS frame now), but more importantly I have converted my brother to a 29er, even being only 5'10", he wants one. He was ripping it up on the 27 lb size Medium frame. I figured I'd get him on a 650B bike next year, but I guess we're skipping that wheel size altogether.

I have never really taken pics of my brother's recently built OG Transition Bandit V1 that I pieced together for him this winter. Some parts I transferred over from his first mountain bike that he started on 3 years ago, but most of the stuff has been upgraded. But still OG by today's standards. He's quite stoked and says it's night and day difference from the previous ride. 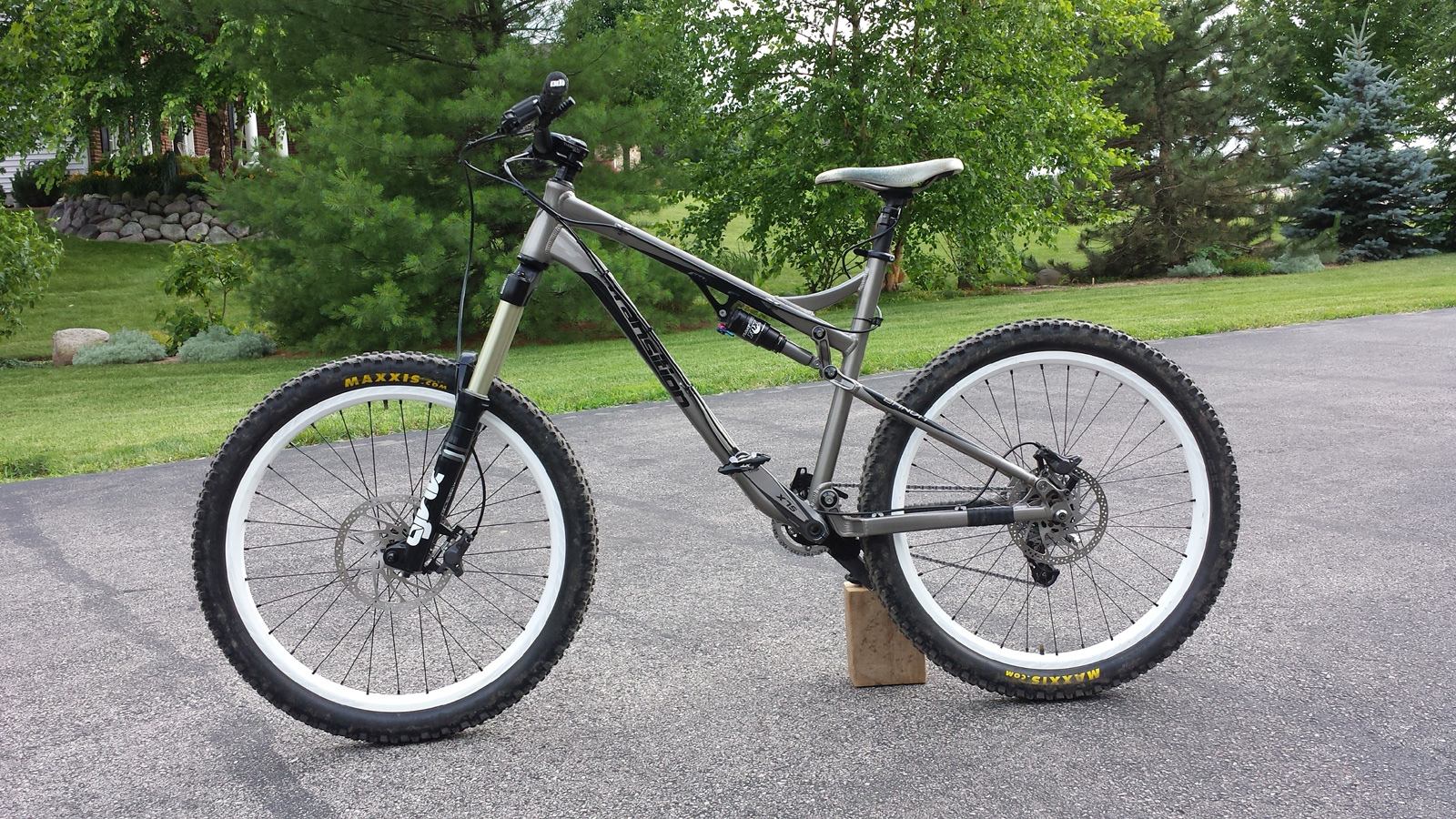 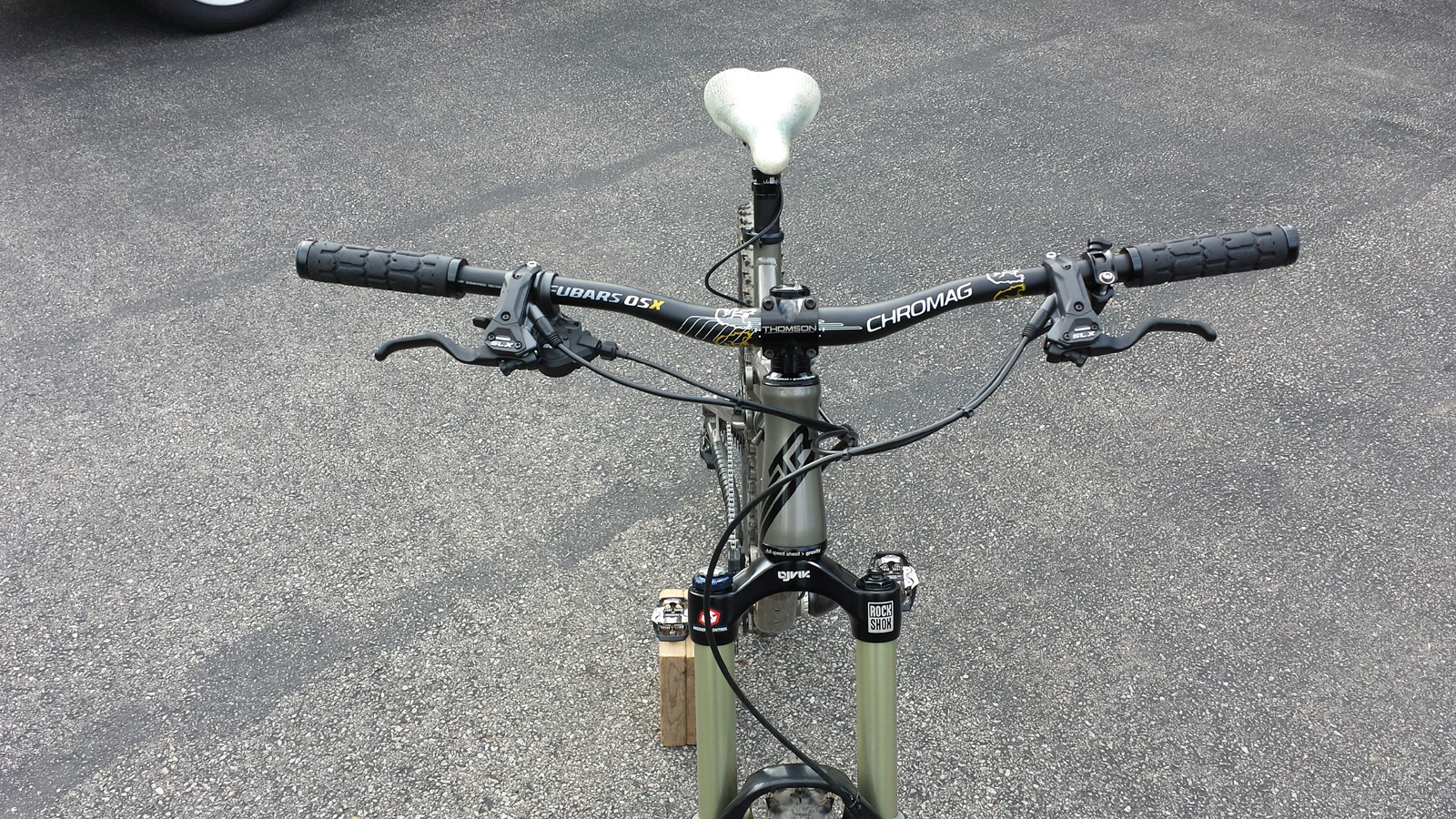 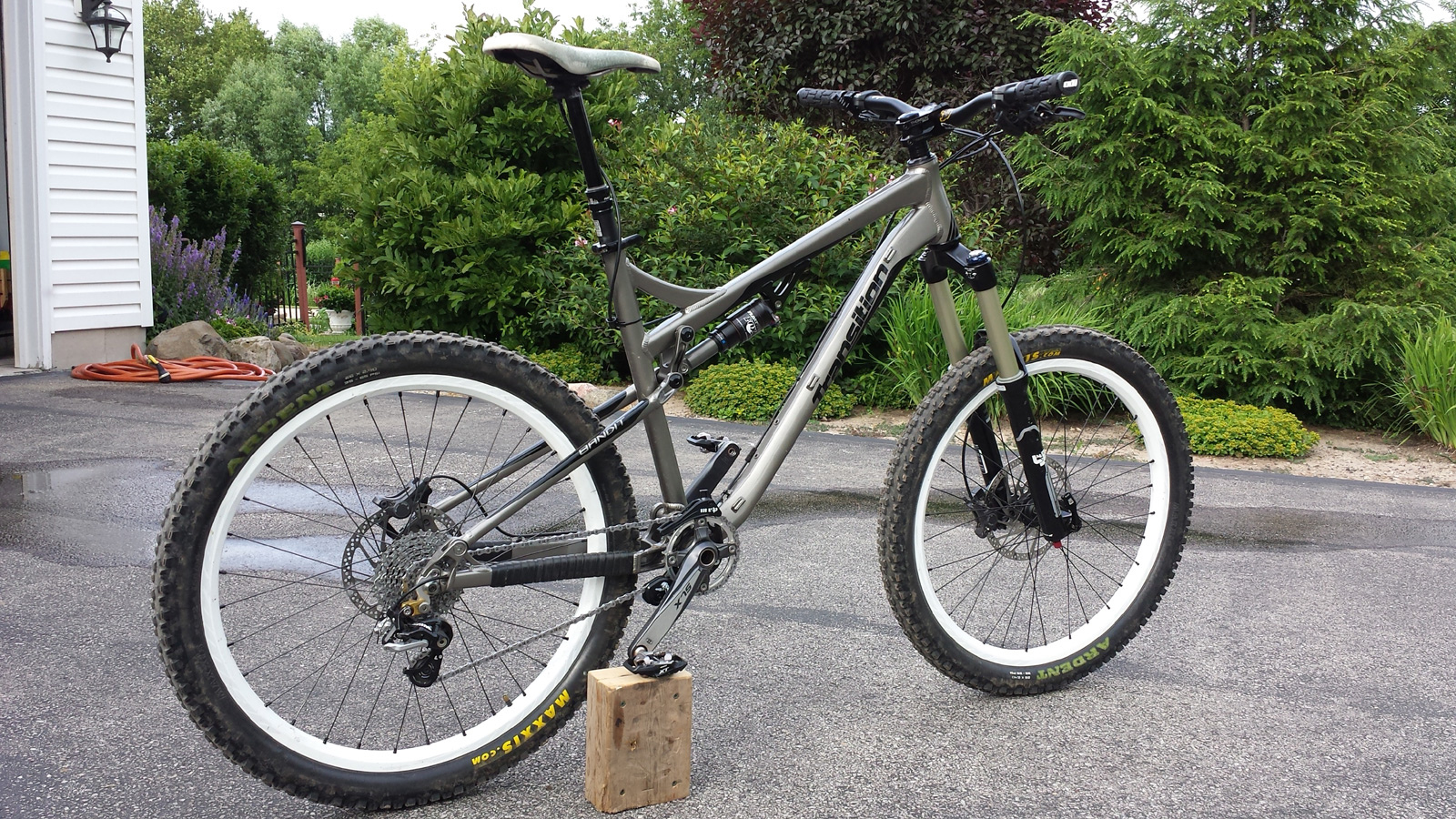 Kinda intrigued by this new Niner ROS9 Plus.

i've used rainbow before. it was a bit of a pita, both in terms of customer service and getting them to redo shoddy work. but the coat was even and durable once they got it right, which i appreciated

i bought a frame with a toxic paintjob and while it was absolutely stunning, it would chip and flake if you looked at it the wrong way

best bike frame paint job i've had was the textured black p/c on my chromag samurai. i can't remember who ian said did the work but it was beautiful, and super durable

Check out this Chromag Surface,

white frame, but still. available in may