Been there, that sucks. I'll keep an eye out for it when I'm on the Westside. If I find do you just want the bike back or the bike and the fingers of the perpetrator?

You know, it pisses me off that someone would steal a kid's bike.  Then I think about how desperate or angry this person must be, and feel worse that we've let it get to this point.

My Son's Spawn Kotori was stolen on the Westside of Vancouver yesterday. He left it unlocked for 2 minutes, so it's on him. Nonetheless, he spent a full summer mowing lawns and doing yard work to pay for the bike, so I told him I'd post. Hard lesson to learn. 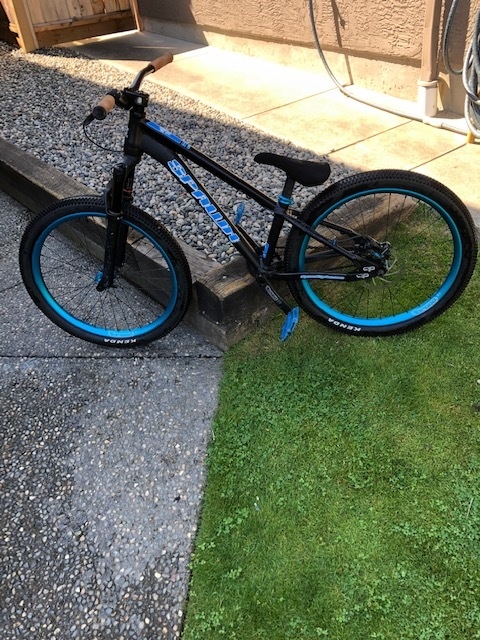 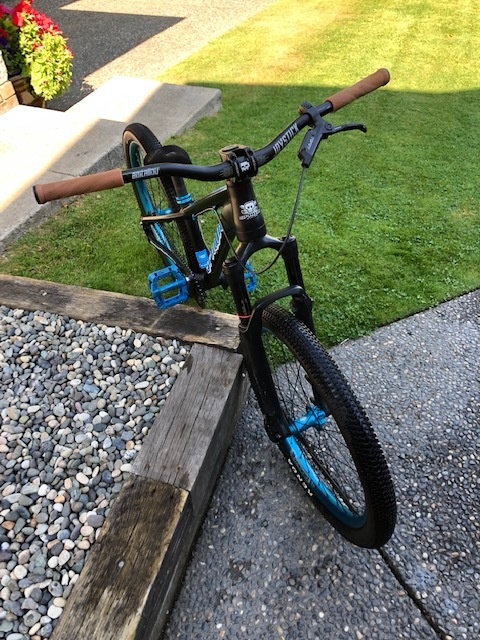 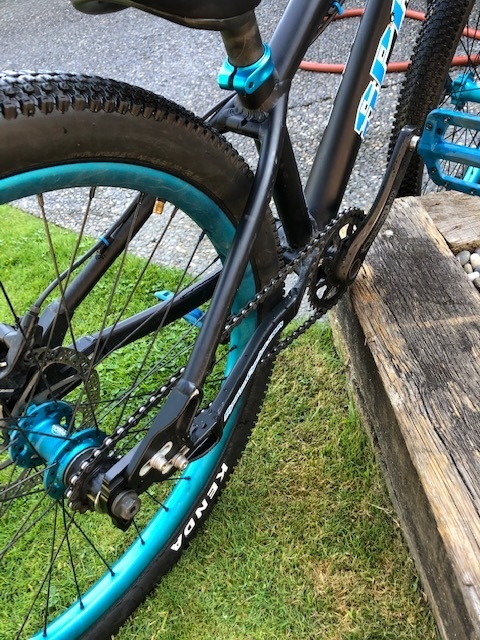 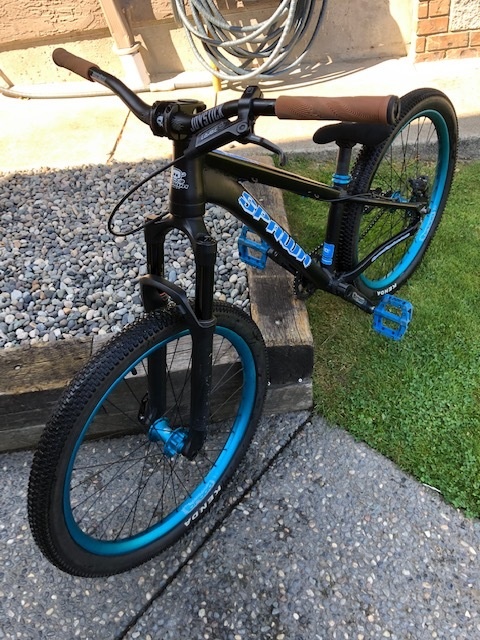 Re: Cypress - New Survey is up - TRAILS ABOVE 1200ft IMPACTED

Re: Cypress - New Survey is up - TRAILS ABOVE 1200ft IMPACTED

Pretty good slogan but somebody needs to add a like button, stat!

You don‘t know how tempting that sounds, Henry! (I currently live in Heidelberg, Germany)

I had the privilege to spend three summers in BC and even got to go to the Chilcotins and the backcountry, I will never forget that! Thanks James!

The people were incredibly nice and welcoming. And the biking was spectacular.

With the pandemic it seems as far away as another galaxy and another life.

And we will have our first baby in September, too.

Met you and James at Tyax campground in 2016?? Thought you'd make the connection on Lorna:-) Hopefully, Sterling Lorence is still featured on a wall in your house.

Congrats on your first. The young ones travel well!

The bike works on flowy and flat trails, but it is made for gnarly stuff.

-It needs proper terrain and trails (while it is fun enough on the occasional mellow trail, if you only ride blue stuff, get something else)

Awesome review on the sled, boss! One of my riding buddies is on nearly the exact same bike. May I humbly suggest a post-pandemic, Lower Mainland extravaganza? I have some very specific trails in mind :-) I even have a second bikepacking set up for a return trip to Lorna! Think about it ;-)

The G16 corners well. It's just that the G1 corners better :)

I had a G16 - the main complaint is not nearly enough BB drop so the bike never really corners properly. AJ said the same thing https://nsmb.com/articles/personal-rides-ajs-new-geometron-g1/.

HA! Well if you and AJ say the bike doesn't corner well, it must not corner well... because of the...wait for it... BB drop (desperately need emojis).

You couldn't pry this bike away from my cold, dead hands. I suspect that I would feel this way about any of the bikes mentioned in this thread.

The bike industry is fucking killing it! Carry on!

What would be the benefit of running at G1 in shorter travel mode? It'll still be a heavy bike with very aggressive geometry. You may as well enjoy the extra travel!

My preference would be to eventually migrate to Discourse forum software. See https://try.discourse.org/ for a demo. It's very feature rich, has a modern interface and I find it very pleasant to use. Have a look at the demo and let me know what you guys think.

Please be aware that right now this is just me thinking out loud. From a quick look we should be able to make it work with our site but it would cost time to set it up. Unfortunately, time is something I'm in short supply of. So I don't see it happening in the short term. But it would probably be a better time investment than trying to improve the current forum software IMHO.

Re: PSA - the bears are out too

Literally no one was wearing a mask in the village outside the lift lines. I was really disappointed tbh. The village was slammed with people to the point social distancing was not viable and no one except myself and a very small handful of others were wearing masks.

I went into the village Saturday to grab some food.  In addition to the lack of masks, the "I'm here to fucking party crowd" had definitely showed up in numbers.  Hope the park stays open during phase 2...

Re: Best riding/cornering technique vid ever!

edit: I don't know how to link to a specific time but aforementioned Australian is at 3:23. The whole video is gold!

Probably not his first (or last) rodeo.  Super classic!

Not sure if this has been posted here yet but WORCA is trying to raise money for the upper half of Chipmunk Rebellion. Flowy descent that extends LOTS to the valley floor. Given the hordes of people that ride LOTS, you'd think more than 49 people could find a couple of extra bucks.