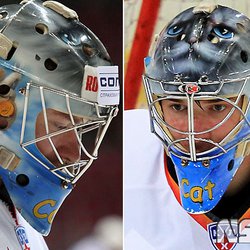 No. Just don't buy what you don't need or don't think is good; don't insinuate some evil plot when companies make more specialized products to better serve what they identify as potential markets. It's called capitalism and if they're wrong they lose money.

What you're aspire to describe but can't is a free market. The market isn't free if it's manipulated by an oligopoly composed of a small number of dominant manufacturers like Shitalized, Easton-Bell and Giant. And when that market is controlled by a single distributor such as Norco, the interests of the consumer are further marginalized. The free market isn't free when self interested corporations work to manipulate the market by obfuscating simple facts with marketing platitudes about 'stiffness'.

Personally I'd love it if companies just specced lowered 36 Floats on their aggressive trail bikes, but whatever, I'm sure 34s will be a big improvement over the 32s on some bikes.

As for the whole "OMG THEY'RE JUST TRYING TO MAKE MONEY" sentiments:
a) yes, they're a business, don't get mad at them for trying to succeed, just don't buy shit you don't need.
b) it makes sense for them to have a 32mm XC platform, a 34mm trail/enduro platform, and a 36mm freeride platform.

yeah shut your face you're just the consumer

8 months does not a life make. You also seem to have learned from your mistakes.

this isn't chastisement, this is internet retribution

fuck you alex! is chatisement

Perhaps you mean bear? I'm not sure what you mean by "however are your assertions equally stupid.' Do you mean as stupid as your assertions? I didn't make any assertions at all, (have a quick look back) so I'm finding it difficult to compare.

How was my question 'retarded'? Because it points out your flawed logic?

Calling them 'parents of the year' because of their son's actions is ridiculous. Good people, with good parents (who did all the right things), screw up all the time. Screwing up is what makes us human. Maybe have a quick look back and see if you are human as well.

lol are you serious? you don't like my spelling?

In a really perverse way, I sympathise a little with all you Alex Pro apologists. I mean, it's really hard to understand why anyone would get mad at a bunch of people lighting stuff on fire, breaking things and picking fights with cops. I also understand how many of you are willing to give Alex Pro the benefit of the doubt and yes, I understand, it's really easy to make mistakes especially when all your bros are with you goading you on (who wants to disappoint their bros???).

On the other hand, I implore all of you, the mountain biking bro, to try and understand my point of view, that of the tax paying citizen who has to endure all of your bullshit (for the second time in 15 years). From the comfort of your parents' basement, I would like you all to consider that I, like your parents, work very hard to pay for a roof over my head (and that of my family) not to mention taxes so that our governments (local, provincial, federal) have the money to pay our public servants to make our city, province and country secure. I think for the most part that they do a very good job and I don't mind paying for the services that our government has to offer. This is how we build community and a strong community is the bedrock for maintaining a high standard of living. A high standard of living is what gives me the opportunity to participate in frivolous middle class conceits, like ridiculous sports where I throw myself down a hill on two wheels.

When one of your precious bros gets together with his precious bros and starts having a big bro party which involves lighting stuff on fire, breaking things and picking fights with police, you're putting on a huge drag on my standard of living. Your bro party costs a lot of money, time and other resources. Not only are you making it hard for me to get home without getting tear gassed, you're damaging a lot of public property which is a drag on my taxes. You're putting the lives of a lot of cops at risk and if they get hurt, that's another drag on my taxes. When a cop gets hurt at your bro party, that means an ambulance that was on standby in case of other medical emergencies has to be pulled away to look after said cop. That puts other people at risk, like the old lady with with health problems or the motor vehicle accident victim or whatever.

Your bro party has a large fiscal and social cost which is entirely unnecessary. But I guess I can sympathise a little bit because 1) your hockey team lost 2) who doesn't want free stuff on robson street???

On the other hand, those of us who pay taxes, including your parents don't like the idea that money has to be reallocated in order to pay overtime for our deserving police, paramedics, nurses and doctors when that money could have been spent on improving services that we elect our government to provide (including parks which contain mountain bike trails, some of which Alex Prochazka may have ridden). Many of us taxpayers frown upon this sort of thing and those of us that witnessed the first stanley cup riot, really frown upon this sort of thing. In fact, there are several of us who don't want another riot to occur in Vancouver ever again regardless of the shame and dissapointment of losing a hockey game. And what better way to remind the bros of our resolve than to make an example of bros like Alex Prochazka? If Alex never finds another sponsor again I think it would serve to set a really good example for anyone who decides to throw another bro party the next time the canucks lose a stanley cup.

Sorry bros but I don't think Alex is done paying the piper. alex was 0.00004% of the riot.. it was over 6 months ago, he had something to lose, he lost it and paid for it. He will always shred and and you cant take that away from him.

When you did stupid things as a young person was it your parents' fault?

You're asking a retarded question. Of course it wasn't their fault, however are your assertions equally stupid, that parents bare no share of the blame in raising an asshole?

i can totally tell who here likes riding intense frames