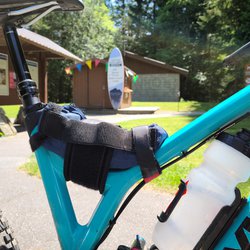 Since switching to tubeless, I think I've had two flats and one of those was when I thought my tire was a little flat and decided to practice using my C02. Turned out, I needed more practice than I thought. The only reason I carry tools/spares on local rides is because I can't convince myself not to carry my phone. Once I'm using a pack, or whatever to carry that,  I might as well jam in a tube, tool etc. 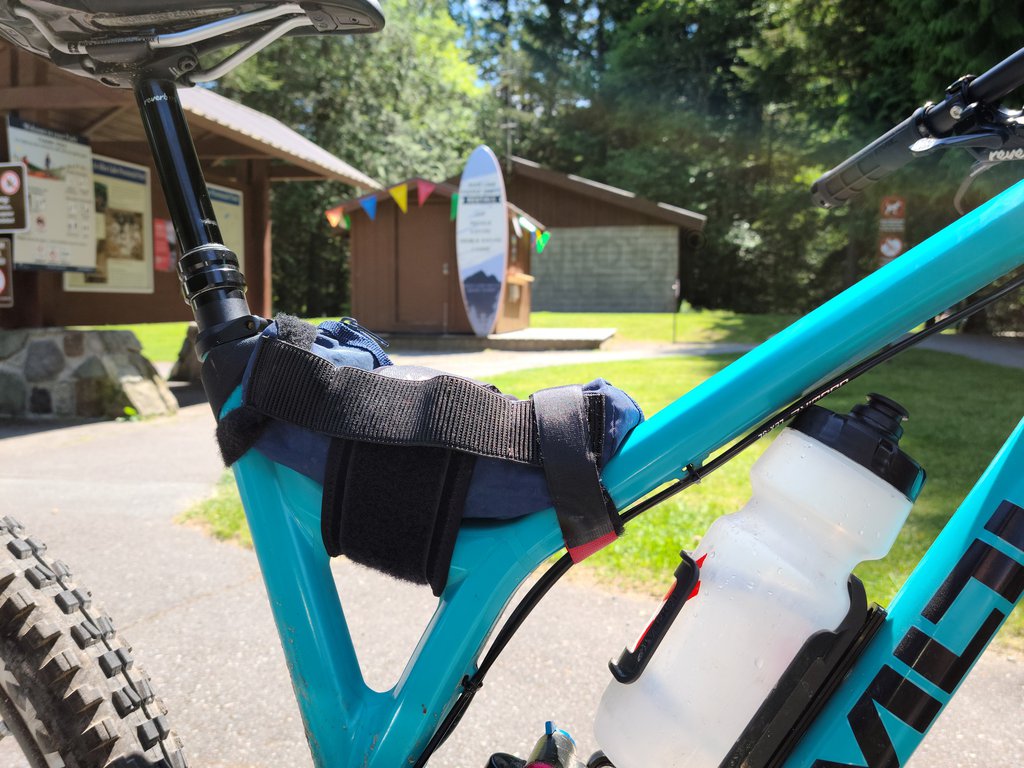 There's a big plan awaiting approval to put a big ski hill right beside Chilliwack, and they are planning on XC and DH trail networks. I'd say that's probably the best bet for a hill near by.

Depending on your location Whistler and Chilliwack are equidistant. (101 vs 213 km for me). The Wack has traffic to get through usually.

Whistler is that way 🖕 (but sideways)

I'm with you there. I just call the restaurant and get it myself. I've been going to Bhai sweets on fraser just south of 49th a bit too much recently if you're into indian food. And there are some decent parks just a few minutes away.

I've been hitting up the New Novelty and Dhaliwal Sweets, but have settled on New Novelty which is straight across the road from Apna Bhaia. Have you tried those - if you have I'm assuming you think Apna Bhaia is better?

The owners of those clubs have been making millions in profits for years. Still are, year after year. They aren't the ones with poor business practices. It's not about lost revenue during covid, it's just about guaranteeing the UCL/ESL money in future. In other words - greed.

I support most of what they say, but there is a high level of hypocrisy involved, given the way the top four countries have already carved up the "Champion's" League amongst themselves. The English League gets four entries minimum, while smaller nations need to jump through multiple qualifying hurdles. I've never heard Carragher or Neville talk about the injustice of that. The only difference here is the closed shop nature is written in stone, whereas now its not quite so blatant.

I've been grumbling about this approach all ski season. Essentially the Covid response is to set up a big Prisoner's Dilemma experiment.

Don't ski whistler because it's not a "local" mountain. But people from Vancouver can consider the North Shore mountains 'local' (huh?). Meanwhile, only the people that break the "rules" get the benefit of skiing a reduced capacity Whistler. So that leads people to the logical conclusion that breaking the "rules" is the logical approach.

We have community spread, so we need to stop community movement. Reality is, people aren't going to listen and are gonna go get their riding in. Also, outside exercise is (at least with Vanilla covid, not variants) low risk from all the reading I've done. Which makes a bunch of this finger wagging frustrating.

This is pretty much my take. Spent much of the winter “finger-wagging” at people heading to Whistler, and much of last week doing the same to people from the Lower Mainland who were riding in Squamish. Now, I’m pretty sure that if I jumped in my car, drove to Squamish, rode by myself and headed straight home after, there isn’t much risk to anyone except those easily offended by my poor riding skills, but if I did that, I wouldn’t get to wag my finger.

Watching, on my daughter’s Snapchat, how many of her friends were spending every weekend in Whistler was an eye opener and makes it tough to tell her that she can’t do the same.

So, drive 16km to ride the Shore or drive 13km to run my dog at the Endowment Lands? Probably more crowded at the latter. I think this might be where I start doing what most people seem to have been doing: making up my own rules.

Here you go. He talks about it in the third paragraph.

My reading of BC’s new COVID guidelines is that unless you live on the Shore you can’t ride on the Shore. The Mayor of the DNV is staying stay out of their Parks unless you're from North Van. Based upon what I’ve seen over the last year, I would guess about 20% of people will comply with that. Is anyone, who doesn't live on the Shore, planning on stopping riding?

I had a 2016 Instinct until recently and always felt I was getting a lot of rock strikes, especially when the Ride 9 was flipped into a low setting. I saw on your other post that you're running the Next SL's - I was always glad I had the boots on them.