I rode my mountain bike tonight with a bunch of my neighborhood bros. Full mooner, clear and dry. No watchers to be seen, nobody telling me I'm riding the wrong direction and importantly, nobody bitching.

Guess what? I get to wake up in 6hrs and ride again. And then again 10hrs after that. And plans are to go again 12hrs after that. There's lots of things that chap my @$$ but riding more is the focus. Right?

Watchers. They see you but you don't see them.

I'll be watching you in your sleep tonight…

Why do you like MTB-ing and why is it so special? 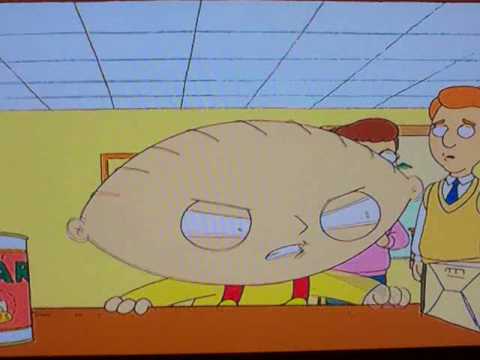 she does it right video...

Penticton, Kelowna, and I just had a request for Merritt.

Got four interested so far. Just gotta co-ordinate for dates.

I'm offering the low, low rate of $60 a day per person. The only catch is I need a minimum of 6 riders to make that work. We'd be starting early to take advantage of the daylight, and would be getting LOTS of riding.

Basically, ride 'till ya puke.

DH and AM style, just let me know beforehand so I can co-ordinate different riders.

Oh, and I've got all kinds of accommodation options available, from dirtbag squatting to full on luxury B[HTML_REMOVED]B's.

Get on it, the season is quickly fading.

More info at http://bushpilotbiking.com/fall-special-60day/ or just email me…

The Bog is open with some pushing through snow.

The Mice is clear to the Reservoir. Watch for the occasional deadfall as the snow was a bit heavier this winter. Lots of tamarack leaning across the trail in less traveled areas.

Rock Oven is clear all the way, although there is a pretty good washout on the climb.

Snowline is now over 3k' above the lake, and it's melting fast. Kobau should be good to go in about 2 or 3 weeks!

Time to get this party started!

3 Blind Mice - Some deadfall at higher elevations. Small snow patches at Cow's End. Reservoir is still snowed in, but we rode across Tripod to High Pony yesterday and no problems. I'm anticipating hitting Rainbow from the top either later this week or at the latest next week.

Carmi/Peat Bog. Lower sections are clear, with some new features. Upper Bog is still a couple of weeks from being clear.

Rock Oven - Good to go from the bottom, but the doubletrack climb has been badly washed out in a couple of spots. Ellis Canyon entrance is a good month from being clear.

Kobau - anticipate it being ready for the first ride on the May long weekend.

My groms are dropping me and telling me I'm uncool. My only recourse is to issue more chores, cut off their Internet, dock their allowance, refuse to fix their MTB's or moto's and padlock the fridge.

Any other sage wisdom from those who are closer to retirement than getting their driver's license? I'm heading out to the back 20 behind the house to continue digging berms into the horse trails…….. tell me what you know.

How about droppin' that bottle and cuttin' that throttle, Nardo? Might be all that twist in the wrist is impeding your performance levels.

Here's the Quiver Rock, about 3 minutes before it got it's name…

Some more shots and the story behind the guy with the big mustache and the tight pants over at:

And now, a rare interjection from your far seeing oracle of the future…

Dale's Trail will remain as is
Aftertaste will be rebuilt with some a few additions and enhancements
The PVTA lawsuit will quietly be settled out of court, allowing continued uncertainty regarding the current (untested) law.

It was insanely warm this week, but finally it's cooling off. Trails are as good as it's possible to get right now. Dry, tacky, no dust, no mud.

Seems like we're well into an El Nino cycle now. Warm and wetter than usual.

Trails are open up to about 5000'. A bit muddy in places, but nothing like the Shore.

Been exploring some different zones around the area lately, mostly on the lighter bike. Found some gems, that's for sure.

That's way too gnar riding there when it's baked in hard. I waited for some rain and snow…

You can even see the remains of the tracks the boys left in the background.

Monica Craver needs to get a life

1980's era North Vancouver will do that to you.