I figured we had a thread for conservative bashing so, in the interest of fairness and balance, we might as well start bashing the next party to govern Canada.
Let me start:
Trudeau Lite just shit the bed when he didn't condemn the Boston bombing, but instead suggested "we have to look at the root causes."
Cuz, I'm assuming, he thinks there just might be circumstances when using an IED on runners is justified?

Between him and Harper, my vote in the next federal election is going to be for the box marked "none of the above."

And Harper using this as Political ammo is a chicken shit play but business as usual for the sweater vested one. Harper's still pissed that his wife was at that charity event and saw JT took off his shirt and even more pissed he wasn't asked to be auction bait.

Explosions at the Boston Marathon.

My Wild Ass Guess (WAG) is that it's a homegrown nutbar a la Timothy McVeigh.

Thats kinda of what my gut says too. I know there are many potentials in play here but as Craig said there are similarities to Atlanta '96 as well.

Recommend me a steel, all mountain hardtail frame....

Where is this happening?

Explosions at the Boston Marathon.

Just sayin, a couple of bombs are a great way to distract the sheeple. Now excuse me while I put on my tinfoil hat…

Still no one claiming this bombing. That must mean that they no advantage to gain by being connected to such a cowardly act. Usually groups are falling over each other to claim responsibility.

Now obviously I have no more of a concrete idea about who did this than any average Joe. I do find the timing interesting. I'm really paying attention to who they do manage to pin this on and try to make sense of the crazy motivation that led to this act. Thoughts?

Well to be fair, Lu did stop one puck yesterday!

And then handed the puck to a kid. Class

I thought the Liberal party had been decimated?

yeah, he's talked about how alberta/oil is important, but not the only important thing in Canada.

He also said daddy's energy program was a mistake. That should make the blue-eyed arabs happy.

The joy of the Internet. Barely dead and not even buried. And the Trolls come out to bitch about someone's life they never actually met.

Please continue to spew the negativity at a medium pace.

Dude! She took milk from kids!

During her first months in office she attracted public attention as a result of the administration's attempts to cut spending. She imposed public expenditure cuts on the state education system, resulting in the abolition of free milk for schoolchildren aged seven to eleven. She held that few children would suffer if schools were charged for milk, but she agreed to provide younger children with a third of a pint daily, for nutritional purposes.

But THIS sums it all up perfectly:

When she left government, Thatcher became a "geopolitical consultant" for the tobacco company Philip Morris.

I say it was done by a Russian Caps fan…

Greatly embellished by Smith as well.

On another note, Nash got zero games for this:

Lupul should have got 1 but I'm OK with 2. Hansen's 2 games were a joke and Edler's is suspect.

Nash should have got at least 2.

To me it seemed like the NDP added that Point C in so they could point the finger at the Cons and say "They are against good science". (which they are) I actually would have liked to see points A [HTML_REMOVED] B passed. They are BIG picture and the Point C is small picture.

Because grocery store meat grows in the back room.

Electricity comes from the light switch.

The timbers in your house magically appear in lumberyards.

The sad thing is, most people who live in cities have no fucking clue how dependent they are on those of us who don't it isn't even funny. Yet we are chastised for producing everything that they use.

You're really lecturing on the deep inner workings of the world? Really?

BB I've always been a single speed fan. I think what appeals to me most is the silence and solid feel you get with nothing slapping around.

If you have a geared fully AM/Trail/Enduro and are building a hardtail as a second bike then I think single-speed is the way to go. I tend to error on the lighter side for gearing. You may spin out way too easy on downhills, but it helps with learning to keep momentum high when exiting corners.

A little late to the party and not a classic Clunker but I'd race it pretty much as is on fire roads (different Bars). Added v-brakes using a salvaged fork brace that is ghetto rigged on there. Works just good enough.

I call it the Street Clunker 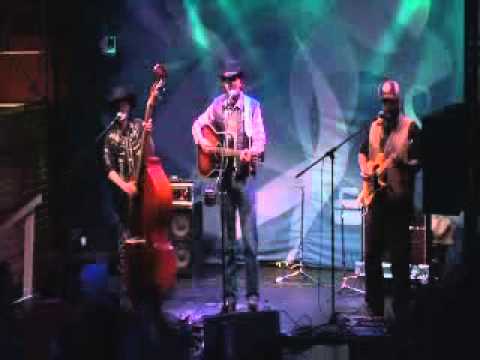 Stompin Tom asked Hus to tour with him in 2011 and has mentioned many times that he'd like to see Tim carry on the tradition of True Canadian Story tellers.

Stompin Tom was an original who did things his way and did them with principle. Canadian Legend doesn't do him justice.