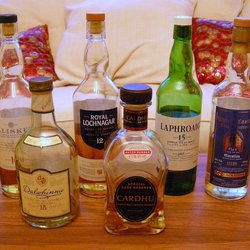 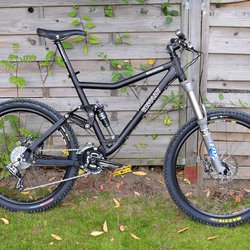 Title: My Bike
Posted by: 2CH

Well, after many test drives and much deliberation the X5 won out. I just picked up a gently used one for a great deal, was almost a straight swap for my Tacoma (man those things hold their value)! It's not the top trim every option pimped out model, but all the basics are there and for my needs and uses it will do just fine. Big back seat, lots of cargo space, handles like a (tall) sports sedan and it's the diesel so great fuel efficiency as well. Even taking into consideration the higher maintenance costs I figure this car will save me $700-800 a year just in fuel and insurance alone. Thanks everyone for the help and suggestions, good luck to the others that are still looking!

yeah when living in cowtown I always thought it was weird when people drove around their luxury vehicles in the winter. they get destroyed there. keep a beater around

Would I drive a 911 or M3 in the winter? Hell no! But a luxury SUV? Absolutely. That's what these things are designed for. As long as you're rinsing off the salt regularly (including the undercarriage) then there's really no issue. Not sure about other euro brands but BMW and VW have a 12 year unlimited mileage corrosion warranty and they don't restrict it according to the region where the car is driven.

I don't entirely enjoy the dealership experience and with that in mind I've got a relatively short list of test drives planned. I'm going a bit baller here and there, but I figure I may as well see how the other half lives. I'm also going small and big as I'm not 100% on which size to go with.

I too am interested in how these test drives go for you.

I think I've made the mistake of looking at too many luxury vehicles though… hard to go back to the "mainstream" brands now. So far top of the list for me now is the BMW X5. (Relatively) great handling for a large vehicle, all the whizz-bangs and doodads you can shake a stick at, and plenty of room for what we'll need to be hauling around for the foreseeable future. There are also lots of low mileage used ones out there for several thousand less than the price of a new Toyota or Subaru. I know service and repair costs will be higher, but I've owned quite a few German cars and have had good luck (knock wood) and I'm pretty diligent with maintenance.

The question now is: diesel vs gas? Diesel is cheaper currently, and the economy and torque are pretty great with them, but they do seem to command a bit of a premium, even used, and there are other associated costs with diesels. Plus a lot of my driving is still city driving so not sure if it's ideal having a diesel in these conditions. I'm still leaning this way, but can any diesel owners out there chime in with city driving experiences, engine warm up times, cold starting (i.e. proper winter cold, not Lower Mainland cold), any unexpected issues, maintenance costs, things you hate about them, etc?

I've got a spreadsheet going and it's proving helpful. It gives me an idea of what will be a lot bigger, what's likely to have enough headroom, and whether or not I should expect a noticeable difference in power.

With the weight of a Volvo it's no wonder they put a turbo and a supercharger on those things.

OMG! Can you send me your spreadsheet!? I made one up ages ago (when shopping for the Tacoma) but obviously priorities have changed now. Would be interested in which vehicles you're cross shopping as someone else in about the same boat…

The Forester looks pretty appealing to me too… my in-laws have an older one and it's been a great car. New ones can't be had with a manual though (?), at least not the 2.0 turbo version. And I'm not sure about the size, they seem on the smallish side, but would need to check one out in person.

So, I was able to test drive a Touareg and BMW X5d back to back the other day. The VW was the gas version, and it had adequate power but nothing to write home about. Handling was decent (for a 2 1/2 tonne vehicle), and the ride was super quiet. Handled snow and slippery roads like they were dry. The interior of the top trim level was super nice - all the creature comforts you can think of, tastefully done with high quality materials all around. Definitely a nice place to spend time on the highway.

The diesel engine in the Bimmer was awesome though. Tons of useable torque and it felt way faster than the VW… you could almost say it was fun to drive! (This has perhaps helped to solidify my preference for a diesel vehicle too…) I'm guessing that the TDI diesel would be similar feeling as the HP/torque numbers between the 2 diesels are pretty similar to each other.

The X5 is definitely more tuned for road driving, handling was actually pretty sharp and planted, less body roll and a bit stiffer, but without being uncomfortable. There was a bit of slip on icy sections but I'm gonna chock that one mostly up to the wide summer/all season tires it had on it, I'm sure with proper winter tires it wouldn't be an issue. Not sure if this car would handle the gravel/FSR roads as well as the VW (any owners here that actually take theirs off pavement?), and they don't come stock with a hitch so there would be that extra expense to add on. I'm not a fan of the run-flat tires either, would prefer a regular spare, especially if we're out in the middle of nowhere.

Both the VW and BMW were super nice cars… each had their pros and cons so no clear winner on the short test drives. There are definitely more used X5s around, and guaranteed most were likely driven gently on road by soccer moms so there are probably some good deals to be had on low-ish mileage ones. Since the dieselgate scandal VW has ceased selling all diesels in NA until it gets sorted out (and may never bring them back), and the Touareg was never a huge selling model to begin with so they are pretty rare and selling at a premium by the looks of things.

Don't know what maintenance is like on either of them, though like I say I've had great luck with my VWs in the past and have owned a diesel BMW before as well with absolutely no issues other than routine stuff. The best thing about the BMW we owned previously was that even at 120,000km+ it felt as tight as a new car. Not a single rattle or squeak etc. Not sure if that's typical but I sure can't say that about any of the other vehicles I've owned…

You mentioned the Touareg at the beginning… I bought a 2012 TDI new and still love it. Like most folks with an SUV, mine doesn't venture off maintained roads very often but I've happily taken it up FSRs when desired and it does so quite well without complaint as long as you don't have to forge massive water bars. Torque is great (fun!), fuel economy great for its size, drives pretty sporty (again, for its size), and it's very comfortable for the pax. Friends like it when I drive. I'm kind of waiting to see what happens with the whole dieselgate scandal and what they offer on the 3.0L diesels in Canada. But even if they offered me a bunch of money to buy it back, my biggest thing is that I don't see much else on the market to buy right now.

Great info! I'm still interested in the Touareg TDI - it seems to be a great blend between comfort, luxury, fuel efficiency, and mild/moderate off-road ability. How many kms do you have on it now and any issues with it? I've owned 4 or 5 VWs in the past and they've all been great. I know some people have issues with their reliability but maybe I've just been lucky with mine… And I have a great VW mechanic which increases the appeal and peace of mind a bit too…

How does fun to drive work in Vancouver anyway?

A. Don't live in Vancouver

B. Do a lot of highway driving

Looking for a vehicle with a larger interior than a Tacoma yet more fun to drive? Good luck. I've driven both the Tacoma and the LR4 extensively and the Tacoma is hands down more fun, unless by fun you mean "lots of gadgets to look at". The LR4 is planted and I enjoy it, but "fun" isn't the word for it.

Are you talking about the 6 speed Taco or the Auto? This only the second automatic car I've owned and I think that may be part of it, but I have driven the manual Tacomas as well and there really isn't anything special about that transmission - heavy clutch, awkward rubbery shifter etc…

Hey lots of good conversation here… Yeah I figured there really isn't anything that really fits all those criteria, but thought I would see if there's anything out there I haven't heard of or if anyone was in a similar boat etc.

G-Wagen yeah!! "Starting at $128k" for a new one is definitely more than I'd care (or can afford) to spend on a car. Although that thing would be sweet!

I do want to say that the whole parking aspect has been overstated a bit hahaha. It does have a turning circle that's just slightly smaller than the Queen Mary (I swear most full size trucks are better) but that's only one minor thing of a long list of items that bug me about the truck. But that wasn't my main point about the truck - that being that it is just no fun AT ALL to drive (on road, where 99% of my driving occurs). These sorts of things don't always reveal themselves on a test drive, or even months after owning a vehicle, it took a while to pinpoint what it was I don't really care for about the truck once the honeymoon wore off.

On the other hand, the Taco has been absolutely reliable, no issues in over 70,000km (bought it new in 2013), and as a transportation device it basically does what I need of it, just without the pace, style, handling, etc, etc, of our other car. I was just hoping there might be something better out there…