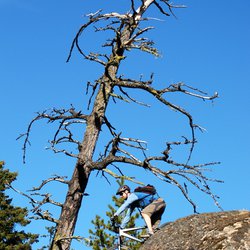 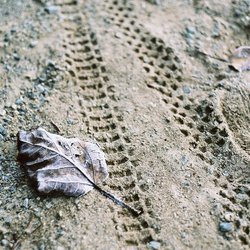 and personally I'd prefer full 27.5! haha

stoked to see this and hear more about it in the future, in an industry that's overall pretty underwhelming, this frame has been one of the few unique things that's caught my attention.

huh? the purpose of a bike is to ride it, good for you being happy to walk?

must go back there next year!

That was great, Dave! Really nice to watch a slide show and absorb the dank...and just in time to get me stoked for the annual Devil's night ride Friday!

yup, we had a facilitator for WORCA's strategic planning a few years ago who said "it may not be exactly what you want or how you'd do it, but can you live with it?" That really resonated with me and I continue to use that thought process in my day to day life.

I'll be voting for Armand, he's pretty pragmatic even if I don't agree with 100% of his positions. I think we have number of choices in a similar vein in Squamish, whom are able to see the big picture and make well reasoned decisions without emotional hyperbole.

For Squamish readers, I won't tell you who you should vote for, but I will say that the Squamish First 'slate' is sketchy AF, and their candidate for mayor is a notoriously reviled local property manager. They're also preying on peoples generally lack of knowledge about municipal policy and procedure, let alone ongoing projects to try and sway people with promises that don't really pass the smell test. When developer/realtor/property manager candidates start talking about 'pausing' development in a town that has critical housing shortages, and would result in even more scarcity and maintained high prices, that's a hard no.

Get out and vote, and also know that you don't need to vote for every available seat, only vote for those you absolutely support, or else a vote for a last choice could put that candidate in front your preferred choices. Local politics affects you daily, it's important!

yup, I love my outbound setup! the beam pattern is amazing and changed my night riding experiences a lot as well! I put a gopro mount on mine and works so good on the helmet, and it's sleek enough to fit in my small fanny pack or even pocket in a pinch.

Losing a dog is hard. Dogs are so consistent in their "love" for us, that constant companion. I miss my boy. He died Monday presumably from heart failure at age 7. I had to find him back on the trail and carry him out. I imagine Big Willie will leave a big hole in many hearts.

really sorry to hear that Andy, always enjoyed seeing you and the dogs on the trail...which I also miss since moving to Squamish

Yeah me too. We always shared a laugh or two. My mother in law is in Squamish now at the end of Mamquam Rd. Maybe we’ll be lucky and run into each other.

Losing a dog is hard. Dogs are so consistent in their "love" for us, that constant companion. I miss my boy. He died Monday presumably from heart failure at age 7. I had to find him back on the trail and carry him out. I imagine Big Willie will leave a big hole in many hearts.

really sorry to hear that Andy, always enjoyed seeing you and the dogs on the trail...which I also miss since moving to Squamish

2 rides in the past week and 2 negative run ins with ebikers. I was climbing up Jack's one evening earlier in the week, which some will know is a heavily used climb/two-way multi-use trail, and 2 jocky broped-ers sprinting down the trail almost cleaned me out on a blindish corner, skidding to an uncontrolled stop just in front of me. Then Saturday afternoon I was 2/3s of the way up Into the Mystic thinking about how nice it was I had only seen one other rider on the climb when I was jolted out of my thoughts by a mixed boomer group descending some low vis sections with basically zero etiquette, no yield, barely slowed down, almost ran me off the trail and of course half of them (the men) were on boomer scooters.  The lack of etiquette generally, especially whilst e-poaching, is pretty disappointing, though it isn't particularly unique to ebikes these days as we just generally seem to have created a self absorbed society. More than anything it's just made me seek out less high traffic areas and trails, and a lot more solo riding in those places, although that's always getting harder too with the people blowing up down low trails and areas on social media and strava and the sort.

and yet you prohibit ebikes in alpine areas. whistler really offers a strange message here. going up by taking the heli while emitting a shit ton of co2 COOL. climbing up a mountain by ebike, BAD.

I would guess the eBikes thing is much more about a) overcrowding issues and mainly b) having people who have no bike skills way out there in the middle of nowhere without the skills, plans or any idea what to do when their ebike breaks down. The amount of punters you see heading up the climb trail, already completely blowing up by the halfway point is insane. I'm talking about people pushing more than half the climb.

That's exactly right. fitness and/or the patience to get to the top of the Sproat network is a major squirrel catcher for that remote area. It's not perfect, there are fit people who make it up fine and can't back it up on the decent, but it's an important part of the puzzle.

Sethimus has been told previously that the two issues are not at all related to one another... yet he continues to conflate them.

heli access isn't allowed anymore. People hike up both via 19/skywalk, or up the trail itself.

So that's been "replaced" with the new Alp-X trail that Blackcomb helis are doing now?

heli access isn't allowed anymore. People hike up both via 19/skywalk, or up the trail itself.

lots of places in the sea to sky, even close to town, drop cell signals frequently so I almost always have my inreach mini in my pocket or pack. been a part of many incidents that while even close to town could easily have gone sideways quickly, so it's nice to have the extra peace of mind.

I wouldn't call it 'corrosion issues' personally as I really like the effect, and don't think it affects the frame's integrity.

btw a quick way of shining up a raw Al frame is to polish it with citrus pumice hand soap (you know the kind that actually gets grease off your hands, "fast orange" is the off brand name that I use). I mean, silver polish and 3 days of labor will get the best results, but 15 minutes of fast orange will get you 90% as shiny.

100% agree on aluminum. Have seen some polish jobs on older frames that were so sweet too.

For steel there’s a reason companies don’t generally offer those clear finishes anymore. See BTR for a high end example (they recently had an in-depth explanation) but other brands experimented with it as well and abandoned the finish because of rust issues.

I like the patina look personally (going from my ‘02 Balfa Minuteman that had a clear-over-raw finish). Was going to go that way on my V1 Walt but Harald really advocated against it hence ending up with the pink/purple dirty fade.

I would love to raw / clear coat the front of my Murmur (with a black rear end) but I have read so much advice against it.  Joe from Starling mentioned that the clear lacquer is much more porous than paint therefore rust builds up underneath.  Saying that I wouldn't be adverse to having it re-done every year as part of a yearly rebuild.  Waxing / oiling sounds interesting tho.

I've got a double clear coat over raw on my 2013 Samurai65 and it has a very cool spider web patina that's developed under the clear coat on the low impact areas of the frame, elsewhere like the bottom of the downtube where more rock strikes have impacted its more just solid rust-like patina. Have considered repainting a few times, but it's pretty unique imo.