The funny thing is, how much physical skill is there in riding a skinny? It's just a straight line. It's all a mind game. I don't mean that to belittle them, or the people who like them (I went through a phase of trying to conquer them but I just don't feel the need any more). Sure, anyone can ride around a berm and feel like a pro, but it takes a shit load of physical skill to nail a berm like Brian Lopes can. I don't really see why people are shitting on differing styles. They are just different.

That's cool RH. I'm not mad… it's the internet, for all you know I might be sea wall rider.

Yes there is also the business side. It also ties in with the strength in numbers argument; more riders = more likely trails will remain. The trails are even more likely to remain if they are not technically challenging and pose little risk for serious injury.

Dave, you never fail to speak the truth.
The difference with 'you should do this' and 'I'm going to do this' is pretty massive on these here boards.
The world is run by those who show up.
Then guys with the old 'dumb down' shit…just laughable they can't find any more gnar.

Just my opinion and not looking to start an argument (this means you, Woodro) I'd bet that if individuals were ALLOWED to maintain and revitalize the woodwork and bigger moves on some of the old trails, they would step up and do it. Knowing they would not get the stamp of approval (which I understand, due to liability concerns) likely keeps many folk away and focusing their efforts elsewhere.

Structures/Skinnies are going the way of the dodo bird for 3 reasons. Land Managers don't like them, nobody maintains them and most people don't want to ride them.

If you can't ride a few "slick rungs" then please go ride burnaby mountain or the sea wall.

Sadly enough the times of dangerous dan and the likes of 10 foot 4" skinnies to terrible transitions is gone, some for the better some not. What we are seeing now is the last remains of how the shore came about. A place where people were scared to ride some days. With the growing sport, more people and now sanctioning bodies that means this type of style is now unsafe or dangerous to the DNV.

What we have now is the nsmba, which is like whistler. Trails for all but none that someone could get seriously hurt on(if an actual good rider). There are some double black diamonds in nsmba's bag of goods but in reality most trails are blue and mayyyybeeeee black.

Case in point, boogieman. Once a knarly double black, only thing on that trail now that is double black is the last rock face section. Progression yes, since long gone is the possibility that someone might actually think about their skill level and relate it to the trail sign and difficulty.

You can't stop a sport from evolving but you sure can bitch about it like woman. Take it with a grain of salt but we are heading into the berm busting shralping GAY time of mountain biking. You know, when a sport get's so popular that people stop giving a fuck about trails and just destroy everything. Don't worry, after all the fan boy tld onezee wearing posers leave the shore will return, maybe not on the north shore but I know a lot of technically badass trails that make the best of today's north shore look like stanley park trails.

Would be interesting to see the stats if at all possible.

Amount of riders vs nsmba members in 2004

amount of riders vs nsmba members in 2012

The fact of the matter is that skinnies (TTF's) are strongly frowned upon by the district, therefore maintenance or rebuilding does not generally happen. If you were to show up to a trail day and declare that you want to build some skinnies, you would not be allowed to do so.

It is also quite simple to remove skinnies from a trail whether they were built on legal or illegal trails; just fire up the chainsaw and slice through the wood. Examples of this type of decommissioning would be: Cypress Chainsaw Massacre, Whatchamacallit, Groovula, etc.

Since skinnies are not being rebuilt as numerously as in the past, they are slowly disappearing; since there are less of them to ride, people lose their "skinny skills" or don't develop them at all, so even though they can rip down Bobsled in 2min, they suck at riding skinnies and don't find them fun.

Bobsled-like trails (bench-cut, flat) are good choices for modern trail building because they are less subject to water erosion, are "safer", and make beginners feel like pros even though they have very little skill. Skinnies and eroded "no flow" fall-line trails take skill, patience, and dedication to master, they are also not as "safe."

Yeah, we'll all seen that. Welcome to last week;)

It's still funny though.

Nice to see it's the usual shit slinging bullshit on here. Some things never change!See you on the hill fackers!

I smell the beginning of a "stay outta my way on A-Line" thread..

I love the idea but have two problems:

1/ Apparently I spent too much on my bike so I likely can't afford to ride A-Line
2/ Leggatt is fast, faster than me so I'd have to mow him down at the entrance to A-Line! 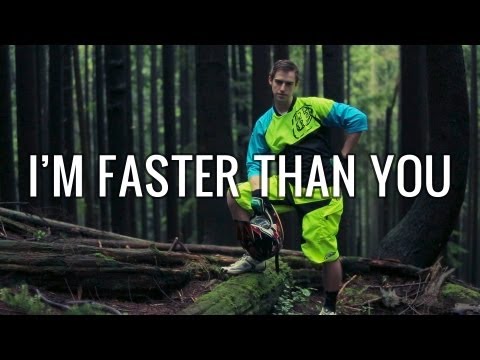 "In my personal opinion, there isn't a discussion about what character Starfish would be. It would be an old-school, woodwork based, tight, techy and slow trail.

Why you ask? Because that's how it was, because it leads into Boundary for a consistent experience, for the heritage value, because it's in the right location on the mountain for an expert level trail . . .

And because of Jerry Rig. "

the terrain that starfish is on is excellent for any kind of trail you could want the gradient is very consistent and quite gentle. the fact that Jerry Rig is there has nothing to do with the character of starfish.
the character of a trail is decided solely by the person with the shovel.

as for the fact that it leads into boundary is funny. they have no relation to one another.boundary was one of the best trails on that side of the mountain until a person that thought trail building was about building jenky structures and not moving earth turned it into something else.now its now a washed out mess between crappy falling down ladders.

now we bring up heritage.i don't use a buggy whip to make my car faster,i never use an abacus to do my books, i'm definitely not writing this on a typewriter. why you ask. because they are obsolete.if that style of riding was still valid circus, walk in the clouds,gmg,12 bridges and starfish would have never fallen into disrepair.

Boundary is still in great condition as it has ongoing maintenance. It's my favourite trail for riding teh skinnies.

This thread needs life.. how bout 5th horsemen on a hardtail ??

5th Horseman on a horse?

The name of your bike violates your pornography definition:

You have a sexual act written on your bicycle.

Who's the one with higher morals now?? lol

:???: How does "Cove Shocker" fit the definition of pornography?

Edit: Nevermind I Googled the "definition." You must have a dirty mind to get excited by that :lol:

Bling and status. Ended up with a composite D3 last summer, and got dropped off all the cool kids contact lists. 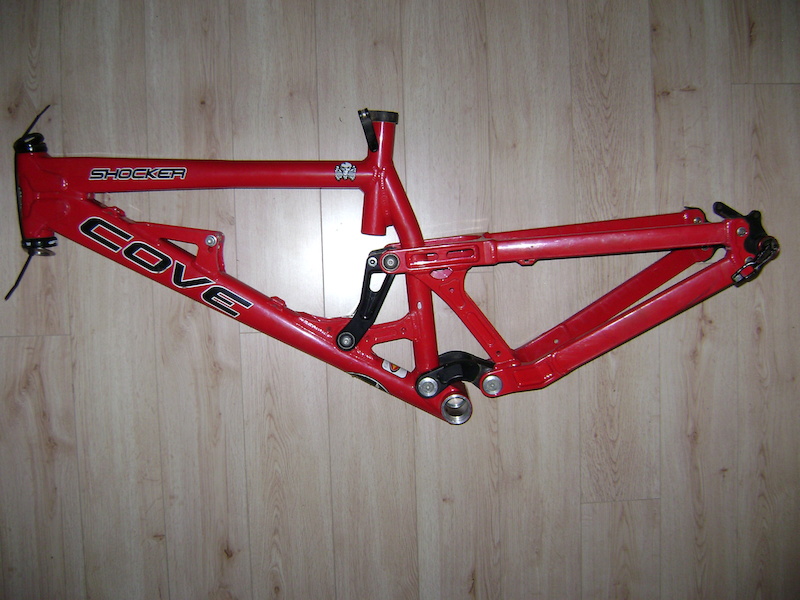 I will be gradually completing the build as the year progresses.

^ Tilt your seat so it's level, then you'll be able to lower it another inch.

I personally would like to see a Dirt Merchant/Aline style trail on JR 2.0.

This I approve of.