Looking to sell my cross bike and am wondering if there are any groups/boards/forums that someone can recommend to post to? I picked up a Norco Threshold for something to ride while I was recovering from an injury and couldn't MTB, but haven't touched it since I was able to get back on the trails.

Anyone going out to the DonkyCross race this weekend (www.donkeycrosscx.com)? Im going to go - just to watch - too much of a wuss to give it a try yet.

IIRC you park on North Rd just north of Chapman. The gravel road cut the N Road Trail in two. If you head south it leads to Jim's Jungle which you can ride back or loop back on the gravel road. Or head north on the N Road Trail. It's on a pretty level grade. Both options would be good starting points for a noob - though I'd go preride them first.

Thanks for this. I might give this a go by myself tonight (you're right, a pre-ride is always a good idea!). Looks like I could do a few laps pretty quickly .... though thats just me looking at a map, so who knows! haha.

Try the Delta Water Shed. It's one of the few legitimate XC areas that I've come across in Greater Van. Took my wife on a few rides there and she enjoyed it. Mellow grade, short trails, smooth and flowy. Perfect spot to build confidence (there are also a few jump trails and features there as well).

This is intriguing. Never would've thought of this. I just looked up the maps on Trail Forks but any other info would be super useful, thanks!

Im posting because Im determined to get out a try one race this year (or maybe just watch). Ive said this every year for the last 10. Anyone else in the same boat?

You could also hit up Circuit 8 in lower Seymour as start.

Honestly, Ive been though this in the past and my #1 recommendation would be to sign her up for a beginner women’s class and keep your distance until she has found her bearings. When things go awry, and they will, it’s just better that you’re not there. She will try to do more than she probably should and not tell you that she’s scared, and also too soon, and you’re not going to be as helpful and understanding.  And That will be the end of her wanting to mtb.

Fully agree on the class... she's keen to do that - but the season has kinda gotten away from us due to injuries and travel.

Circuit 8 looks like a good option.... but it also, from maps, seems like a bit of a maze? Is it relatively easy to follow once you're on/in it?

+1 for Circuit 8, or maybe Burnaby Mountain?

+1 for Burnaby Mountain. I took some noobs there with good results. The trail features are widely spaced apart and the grades are pretty mellow so they can deal with one challenge at a time. Never underestimate how terrifying and difficult this activity is, especially when you're dealing with a romantic partner.

Yeah, thats exactly it. I feel Half Nelson or Bobseld would be great intros.... but all evidence and experience to the contrary!

Any trails on Burnaby mountain that you'd recommend? In my limited experience there, Ive found it hard to 'figure out'? (i.e., everything from where to park to a good loop/sequence).

Why does it have to be the Shore? There are lots of spectacular places out there that are very newbie friendly....for instance Whistler has some great trails around Lost Lake.

Yep, totally agree. IMO, Squamish is the best place for a newbie to get started... but Im biased having lived there for a while. I was just looking for something that would minimize the driving.

Recommend me a Fromme lap (or two) for my GF

Short story is, my GF is relatively new to mountainbiking and its been a year since her last . She really wants to enjoy it, but is feeling scared after her last outing. I dont know the North Shore mountains as well as most of you, so would love your suggestions for a nice and simple lap that could build her confidence. Something akin to the Corners in Squamish would be great.

Im sure others have been in a similar situation before with someone getting into the sport, significant other or otherwise. Just trying to make this as pleasant as possible, so I dont end up sleeping on the couch and having to post her bike on CL.

Had my first ride on Fromme in about 2.5 years! I was all excited about being on a new bike and getting back to ride. In the mix of that, I made a mistake and clipped my glasses onto my pack while I was sorting out my new shock/fork.. and then started to ride. Bye-bye sunglasses. Hope someone finds them!

They're basically an older version of this.

Re: Awesome Day or Weekend Hikes

How bad does the road get for Brandywine? I.e., do you need 4x4 to get to the end?

Rainmaker, the Baye's book you recco'd was great. However I can't imagine recommending it to anyone else.. I suspect this was the first time you suggested it to a stranger. In my opinion Bayes is in the same stratos as Einstein, but I don't know what it would take to make people feel the same way.

Yep. It was. Ive recommended it a lot of fellow econ nerds and they've enjoyed it. I think you'd need to already have an interest (and at minimum a cursory understanding of different approaches to statistics) in Bayesian analysis to enjoy it. That said, it provides great examples/context/history to round it out and make it as close to a page turner as it could be (IMO).

I dont think so. A lot of there 6 packs and such have been around for a while, but their 650s change every month and still rank among the best.

Hmmm, that used to be on my wish list but has disappeared! Thanks for the reminder…

I'm a believer of "paternal libertarianism" and "choice architecture".. that said, I think Nudge could have been chopped in half.

I'd love to hear if:

Brings anything new to the table…

You mean 'libertarian paternalism'? ;-)
Ive got some issues with it, but Thaler did a good job addressing them in Misbehaving. If nothing else, I think it adds to the 'debate'. I've yet to read any of Cass Sunstein's individual efforts but I might have to give one a go just for sh*ts and giggles.

Also, if you like economics and such, and you're a fan of Thaler, this might make your head explode. Hal Varian interviews Thaler at Google :love: 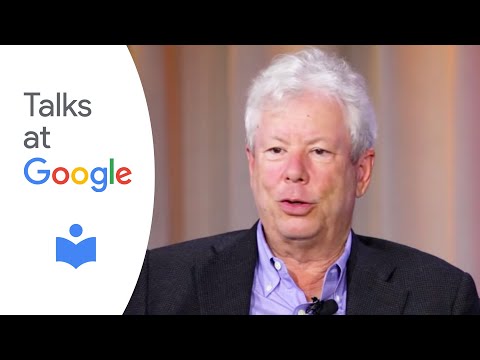 The Signal and the Noise: Why So Many Predictions Fail - But Some Don't. Another book on probability and why it's the "right" way to think. The baseball section dragged on for me but the explanation of Bayesian Probability was one of the best ones I've come across.

Misbehaving: The Making of Behavioral Economics A book by Richard Thaler, a dude who worked a lot with Daniel Kahneman who've I've yet to shut up about. Behavioural psychology, good stuff.

I assume you've read Nudge too? In a similar vein, I just picked this up, which is a bit duller/slower than Thaler's stuff.

Also in behavioral econ, this is out in the UK, but I cant seem to find it here yet. Bound to be some interesting stuff in it.