You guys see this shit?

Sweet baby jesus I hope that's a fake headline on the lower one.

Just saw this on a car forum - goodbye camshafts, hello torque and fuel efficiency. Imagine how much this is going to make them in licensing the patents. :drool: 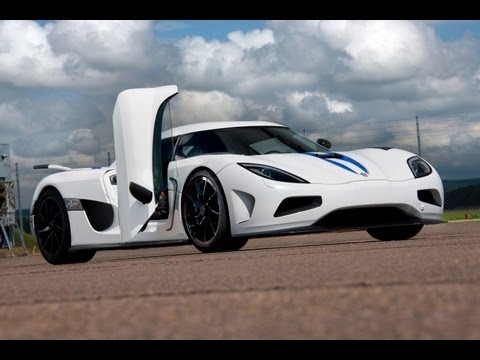 This is one of those things, that when you consider modern tech it's amazing it hasn't been invented yet. Servos have been around for a long time, and yet cars still use camshafts. Definitely a "duh! why didn't I think of that?" moment.

Very excited to see where they go with it.

The Walking Dead...dragging on so far in season 2 (merged)

I loved how buddy popped a headshot from a couple hundred yards off the get-go, and then the next 5 minutes was them wasting ammo at each other, and hitting nothing.

Vstrom is probably the touring bike I would most consider, go 650 or 1000?

It's actually the SV650. Smaller and lighter than a V-strom, but shittier for touring.

Hah. All my overpasses are A-okay.

Your response is a an excuse. You attack when faced with a mirror.

The Technology is already right now. 10 or so major Heliostat sodium paste solar power plants that are a closed loop system would power the entire planet. 20+ Tera watts.

These systems are 100% clean and not under pressure. combine that with Geo-Thermal Storage of the Sodium paste which can be heated to 1000C with a 98% percent efficiency will run 24/7 even in darkness when put in the right places. Canada has such places for this now.

I would much rather be working to polish the mirrors of such a system than doing harm to our ecosystem.

Cool! I'll have to read into them!

I really don't see what excuses I was making for myself. I don't work in the oil and gas sector.

"if we don't supply then someone else does" attitude.

Not an excuse. I make no apologies for my lifestyle.

Do you hunt and gather your own food, or do you buy it in a store? Is it local? Even if it is local, I bet there were plenty of fossil fuels expended to bring it to your table. Where did your bike come from? Was it made in Asia and shipped to you here? How about the buildings you live in, streets you ride on, etc…

Biking is a great start, but the only thing that will truly help is new technology. (or having a global population a fraction of its current level)

Have to quote the man here on this.

Do you really want to be a further part of this?

Or be the change…

So who is at fault for our current state of affairs? Is it the people working to supply a product which is at high demand, or is it the spoiled westerners living our plush, north american lives?

Those working in oil and gas are merely working to meet the demand of our society. If you want to change anything, get researching [HTML_REMOVED] lobbying the government for subsidies in green technology.

Other than glowplug faults (replce them all[HTML_REMOVED] the harness,use contact enhancer) I never had any electrical issues are they showing up now that the MK4's are getting so old?

""I'm keeping my eyes open for a mk4 5speed tdi wagon with low km. They don't seem to exist on craigslist… ""

the 2003 jetta wagon is the last yr of the ALH so the most reliable and is considered the holy grail of TDi's which is why you don't see them, bascily there is a list of things that always wearout/go wrong which should be considered on a car that old if the seller has done them its money, I deffered maintenance issues on mine and left them for the next guy … the selling price reflected that choice

btw hub city motors in PeeG is not cheap but they are a VERY good dealer there are LOTS of TDi's in that city in spite of potential cold starting probelms up north, I have seen 3 TDi's in a row at stop lights

I figured that was it. Same reason I want one. I'll probably end up getting a mk5 at some point.

I'm keeping my eyes open for a mk4 5speed tdi wagon with low km. They don't seem to exist on craigslist…

I was up in Haida Gwaii in September and lived on scallops for the week I was there. So fresh - goddamn they were good.

I enjoyed a Hoperation yesterday. Where did you pick up the Phillips glass?

Edit: Sorry, Tapatalk is doing weird stuff tonight. I'm sure the two Herminators and double of Bushmills have nothing to do with it.

I have a couple. I think I got them when I worked at a pub in Vic a few year ago.

I'm looking forward to the hoperation. I had the train wreck tonight.