That was so great, and inspiring to watch. Thanks to those who make this program happen. Also, love the jerseys with each kid’s name and number on the back.

Here is a route guide that is often referenced.

Interesting! Well, it did have a beautiful ride quality.

I’ve had some nice steel frames (and lousy ones too) over the past 30ish years and the Cove was one of the best.

Sometimes I could swear I heard it singing.

Maybe that was the Dekerf magic.

It was the original paint. I think this one was built by Yess Products in Surrey but I’m not 100% sure.

Here’s a photo of me on the Cove, at far right.

Hopefully that explains the circus bear comment I made.

I regret selling it, but the 20" frame was far too small for me. I looked like a bear atop a circus bike.

I'm grateful for the time we got to spend together.

That perfectly sums up my experience on a 27.5+ bike, the 2018 Norco Torrent. It was a pig on flats and buffed trails, but a joy on rough roots, slow hard lines and downhill chunder.

Looking back, I should have tried a lower rolling resistance tire in the rear. The stock Maxxis Minion DHR II was a slow tractor of a tread. That may have noticeably livened up the bike. Hindsight…

Our 15 year old son has a 27.5+ bike with faster tires, and he loves it. Gives him extra confidence but still rolls quickly.

Yeah, the Paradox looks to be properly sized in the XL version. Adequate stack, reach and seat tube length for tall people.

My Kona Explosif was this bike. I rode it at the bike park, commuting, trail riding and gravel. Although, the Bomber Z2 was never removed. I also rode it geared and SS. 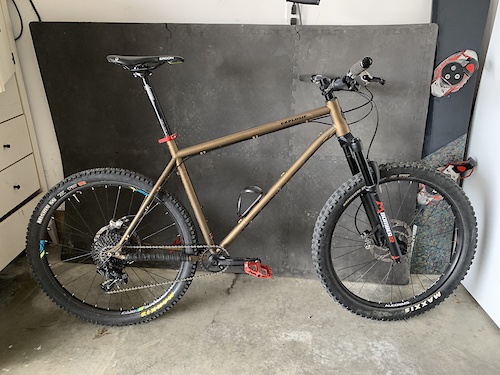 Another vote for Loam Goat from me!

If you’re open to other brands, VelociRAX works for road, gravel and mountain bikes. A friend of mine has one and it’s pretty sweet. We used it this past weekend to haul 6 bikes for an enduro one day, and the day after, 6 gravel bikes.

I'm 6'3" with a 37" inseam. I've broken multiple frames in the same spot as you, on the seat tube. I've also bent seat posts. Hence, long droppers and short seat tubes scare me.

I personally would no longer buy a bike with anything shorter than a 530-540mm seat tube-wise but those are getting rare outside of custom frames.

Beautiful bike and great job on the decorating. That’s an Aspero, correct?

Rollers are great for improving balance and learning how to hold a line. It only takes a short while to get used to staying upright.

When we used to have parties, that is.

@thaaad That’s good to know. I think they basically have the same suspension design but of course, the Fuel is more trail-oriented. I’ve also read that this version of the Fuel is what the Remedy used to be.

@Hepcat I live in the Yukon and today it was -35 C outside. I keep all of our bikes in the garage throughout winter and have for decades. I know a lot of other cyclists up here do too. To my knowledge, they seem to be fine. Then again, the only bike I actually use at this time of year is my fat bike and that thing has gone through some serious cold weather punishment in the 6 years I’ve had it.

In October I made the unplanned purchase of a 2022 Trek Fuel EX 8 in size XXL, and so this is what I'll gleefully be riding in spring. 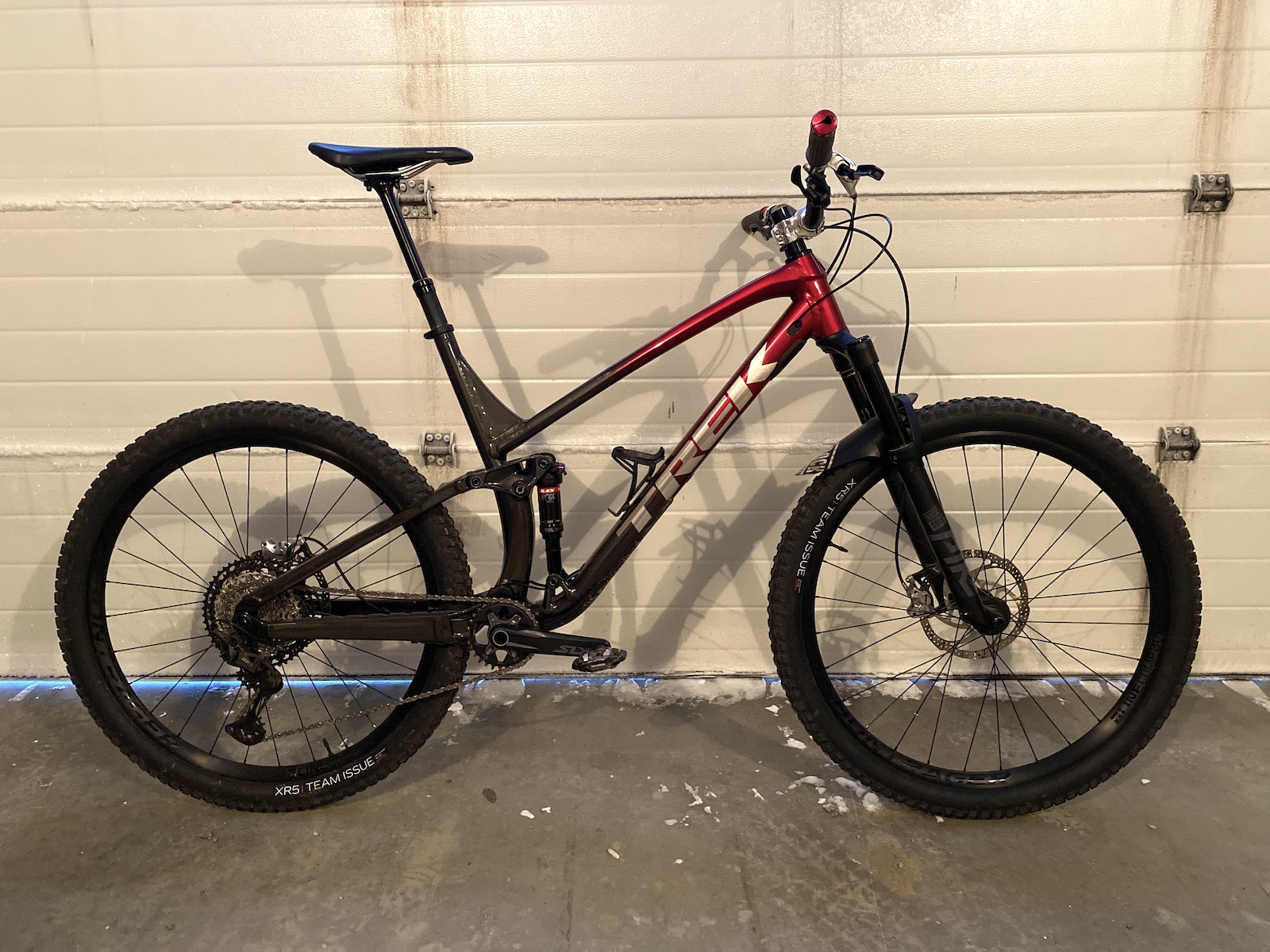 I'd phoned my local bike shop to inquire about putting a deposit on an XXL model, thinking it wouldn't arrive for a couple of years. I was surprisingly informed that a bike in that exact size and desired model - originally ordered in May 2020 - was due to arrive the following week.

The shop built it up and I took the Fuel for a test ride around the block. I've never been on a bike that was so gloriously big and actually felt like it fit me for once. The XXL has a healthy stack height, solid reach and a long seat tube, the latter which is increasingly hard to find (outside of custom frames).

Took me a month to decide (and after several more test rides) but once I chose to sell my too small XL Kona Process 153 - the Process sold in less than a day - the transition to new bike ownership happened very quickly.

I moved over my beloved TRP G-Spec brakes, swapped out the stock Fox Rhythm 34 for a Rock Shox Pike (more beef) and bought a Chromag HIFI V2 31.8 to go with my 50mm rise Enve handlebar. The rest is stock.

I only went on 2 short bike rides before the snow hit, thus I'm understandably excited to get out come spring.

For now, it's snowmobile and snowboard season and the Fuel hangs in our very, very frozen garage.

i also cannot for the life of me figure out how to post a photo.

Here's the steps to add a photo to your forum post.

@Vandy, I appreciate and applaud your energy and dedication.

Presumably, a real bike ride and then early to bed tonight. Or at least, that’s what I’d do!