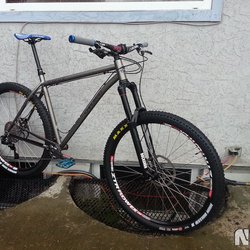 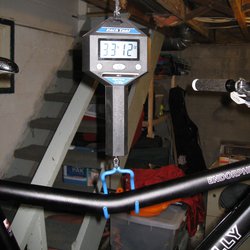 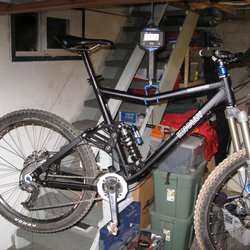 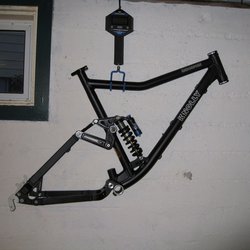 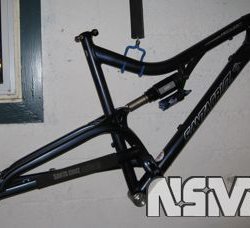 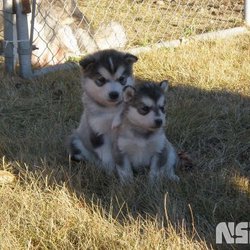 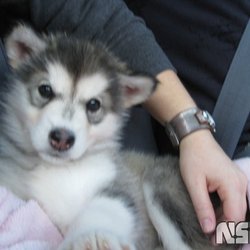 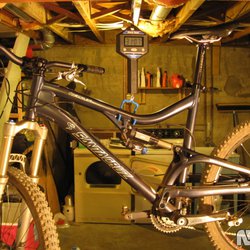 Although I guess I really should try one before I commit. Anyone mid-island have a Surface or Rootdown in L/XL that they'd let me cruise around on for a few minutes?

Beauty. Makes me really consider converting from Stylus to Surface (or just buying a Surface).. We'll have to see what finances look like this summer.

Used to run one of these (the RRP version) but I found that most of the stuff that would have been flung onto my face would build up on the crud catcher and then drop onto my fork seals. Changed to a mucky nutz fender and both problems disappeared.

Still doesn't address the big hurdle: family. I would love to ride every day, but I think my wife would leave me and I wouldn't get to spend all the time I do with my little guy. At this point it's a balance, but hopefully when my boy is older we can start hitting the singletrack together, at least some of the time.

Looks great, but the single pivot hardware looks lighter duty than it was on the older Hecklers, and I managed to break two of those. Santa Cruz, you have my interest but send me a test bike to thrash in Cumberland and if it doesn't break you'll have sold me.

Morgan, how tall are you?

I keep trying to convince a friend that we need to check Quadra out.. Hopefully this will give him the extra push!

That V10 price is MSRP, so I'm guessing that a shop could move on that a fair bit (percentage margin means more to play with at $14k than $7k), whereas the YT price is set in stone. Could that impact things? Lets not get into the intangibles that an LBS brings, just overall price to price comparison.

If anyone has some experience/advice on getting their kid to make the transition to pedal bike from run bike, I'd sure like to hear it. My guy just turned 5 and he still prefers his run bike - and it's getting way too small for him!

Trouble is, he's so fast on the run bike he can keep up to friends on the pedal bikes, so no real incentive to make the jump.

I took the pedals off of my son's pedal bike, he used it as his run bike for a while to get used to it. Then I started re-introducing the pedals. It was a little tough as he couldn't figure out which direction to spin the pedals at first (Spawn Fuji with a proper freehub in the back), but combined with me giving him a push to start, eventually he started with just his feet on his pedals and then started actually pedaling. Now I'm trying to teach him that he doesn't have to pedal at 100% the entire time. As with all things involving children, patience is key.

I would like to see that. I'm sure it'll get online soon enough.

Looks like it takes a few days to come online, but they replay them on CPAC. Should be the 6 Feb edition.

Question period today was one of the best I've seen for a while (it's usually on over lunch here). Nathan Cullen basically asked the PM why he doesn't have the courtesy to at least blush when he lies to the Canadian people, and another French MP mumbled something about the smell of smoke and the PM's pants being on fire.

On the Canadian trump-o-meter, I think Kellie Leitch is well ahead of O'Leary.

This. She's working from the Trump playbook, trying to woo every disenfranchised right wing racist out there.

Same bikes I had last year: Now if only my Pro 2 Evo freehub bearings would stop exploding.

Did your wife find the Pathfinder too big as well? We test drove one of those a few months ago and liked it, but couldn't get a good price for our Santa Fe so didn't end up pulling the trigger.

I can't tell you what's the best, but I can tell you what I see more than any other modern bike platform when I ride the shore: Rocky Mountain Altitudes. I suspect the owners aren't the ones with high post counts here, but they have the numbers. I own one. It rips up and down with me being the limiting factor. You can't buy one now but I'd bet dollars to donuts you'll read about a revised version at SeaOtter. YMMV.

Didn't realize that they were done. It was always my plan that upon leaving the riding shithole that is northern Alberta I'd pick up an Altitude for wherever I end up next. A few years back I picked up a Chilcotin then a couple of months later demo'd an Altitude, worst thing I could have done because I could never forget that bike. The Pipeline looks good too but there's a big price premium over the Altitude for a lesser spec.

Republicans "voting their conscience"? Trump has brought then the presidency, house and Senate for the first time since 1928. 2 weeks ago Paul Ryan was distancing himself from Trump…today he's talking about "making America great again". I wouldn't be surprised to see the GOP move even further to the right now.