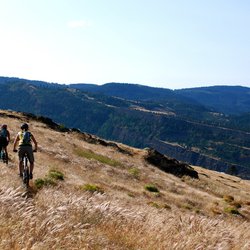 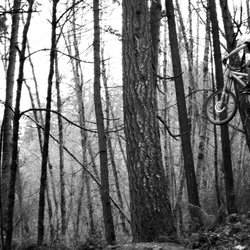 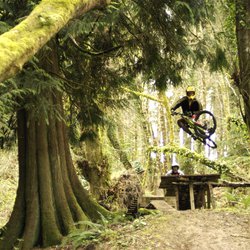 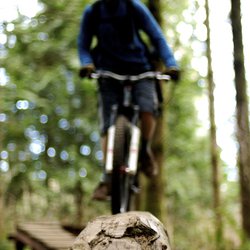 Holy shit there were some people who got bent by this that I did not expect. This was fucking hysterical and an amazing bit of socio-cultural satire. If you make women-specific products and got your panties in a twist about this, I can't help you…

I think it's been a great discussion. The other bit of (larger) context that most folks wouldn't have is that this video aired at an event in Bellingham where a bunch of other videos were also shown. There were quite a few of them that either included or featured women-so for the people there watching, there was more of that balance you're after. I'm not saying that addresses the valid points you bring up, just that sometimes an individual vid won't tackle everything at once. 🙂 These are a couple others that have taken home awards from the same event, like this:

As one of the wives of one of these old dudes, I'm fine with it. These guys do let us out to ride, too! But that wasn't the point of this particular video. 🙂 I'm always advocating more media showing women in mountain biking myself, but there's nothing wrong with celebrating the dads doing their thing.

Spot on with pretty much every point, except one. Women ride bikes too, dudes. (And we're as ridiculous about it as all these guys. Right down to the burr grinder for my coffee.) Carry on…

Here's some of Shasta and Baker (RIP), who were the best of buds and all-time most awesome trail dogs, so I don't seem to have any photos that don't include both of them! Baker passed a year ago, but Shasta is almost 10 years old and still tearing it up on a near-daily basis. Seven summits a few years back. Shasta, Eric, and Baker. First of the Seven Summits. Dogs love building as much as riding. They both were there for just about every build day on this trail, so we ended up naming it after them. Eric followed by Baker and Shasta, looking as graceful as always… Ah, here we go. A solo shot of Shasta. Such a charmer.

Hey Cam, thanks…I'm the bonus winner. Very psyched! To those with the constructive criticism, you're pretty spot on (if not a bit cranky). Like Cam said, I've learned a ton just hearing how the judges assess everyones shots. For what it's worth, I've been doing this totally on the side for less than a year with basically no prior photo experience, so I'm a total noob and learning tons every day. I spent some time setting this one up, but it was tricky b/c I was shooting with a prime 50mm lens so my feet had to do all the work-in the end this was prob the best spot I could get for the composition I wanted. Greg and Khristian train so damn tight I was hoping to get them both in the air, but that's just how it came out with K's head in the background. Super sweet trails those two are building down there, even with the ghetto stunts!