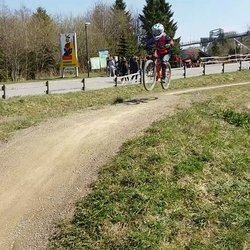 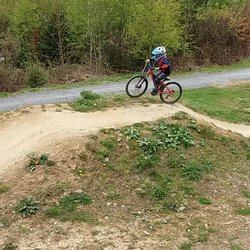 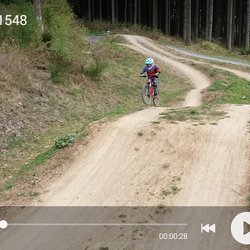 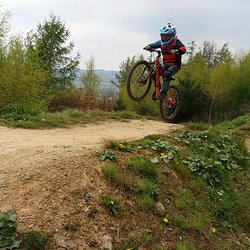 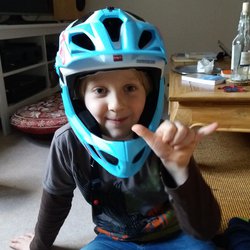 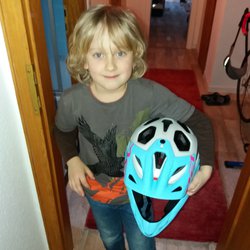 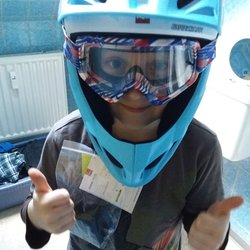 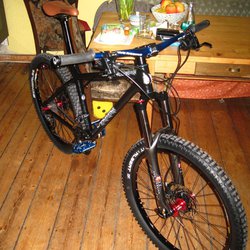 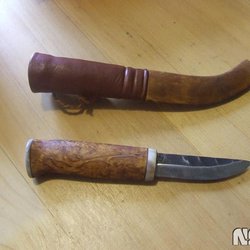 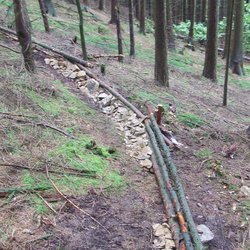 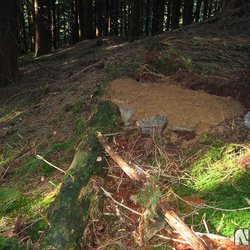 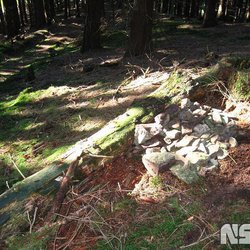 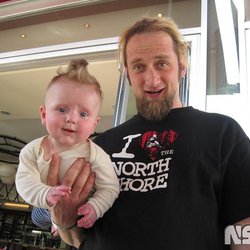 Title: Who Is The Ogre Holding Me?
Posted by: Mic 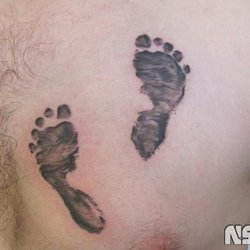 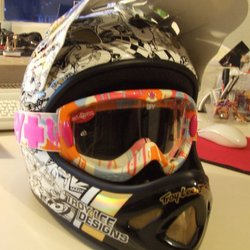 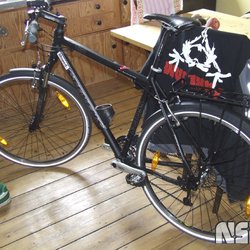 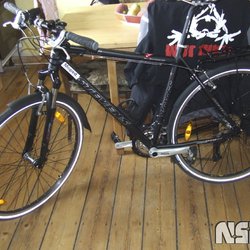 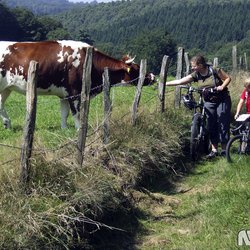 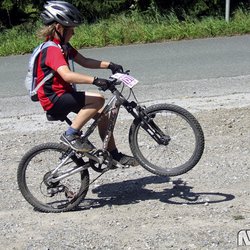 I definitely let you know once he got it. Am waiting for the delivery myself. Sooo excited.

That book is a really great idea, ordered it a few days ago.... My son is turning 10 in two weeks, he loves riding his mountain bike...he is not a native speaker of English but reaally curious and open....and loves good stories and pictures.

Now I need to check them out.

Oh....and I still rock a pair of Roach pants in dark blue where the knees are like in indigo. Almost look like a normal pair of pants. A bit baggy but still awesome. Bought them at the original Cove in 2001 I think. Had a few seams replaced by a professional. Can not kill them.

Riding in pants is wesome. I bought a Fox race pants two seasons ago, and it was such an eye-opener. Riding regularly in them, but am a bit worried about crashing in them. The material seems to be easy to tear, are the Royal race pants any different? Guess these are the ones that the 50 to 1 are wearing.

Done. Did not come up with a fancy name though. Albus was my choice....hopefully a grandfather to other trees one fine day. And I hope they plant Western redcedar. Such beautiful and powerful trees once fully matured.

I am really intrigued by the beast...I love hardtail riding so much, apart from bikepark shredding. Still, I think I would love to test ride one but live on the wrong continent, and my plan is to buy a new ht in two years, and I think I would go with a Stylus again, this time with 27.5 wheels. I like it playful and nimble.

Still...awesome way to go for Chromag.

And does it hold a water bottle and spares?

Thank you for that feature, I really enjoyed it. I can still remember an interview with Jared in the old Dirt Mag when it was still paper, this interview literally made me taking up hot/cold showers after a practise or training session. Really inspirational.

Thanks for that tale, the name Pulp Traction kind of always floated there in the back of the English-speaking mtb world, now I know why.

Any chance The Moment will be available on dvd/blu-ray?

Not sure if it's been mentioned, but this is a good read, the footnotes alone are worth it.

Bought a Ragley Trig at the beginning of last year after my commuter decided to bite the dust. I really like the geo and it doubles as my roadbike although I would love to have bigger gears.

Apart from that, am pretty happy about it, still run the stock parts, only switched to Continental Contact Speed tires since I mostly ride tarmack and bike paths, the whole gravel and fireroad thing is still somewhat alien to me.

Added a rack for pannier bags since I am really tired of a backpack for my commutes.

I would always prefer a proper mtb for such long rides through forests.

Just fiished a two-day big ride, yesterday 160, today 180km. Rode home from the North Sea in the south of the Netherlands.

Next week alittle bitofparkand in two weeks a solid 6 days in Austria with my kid...keeping my fingers crossed, Delta and all that considered.

Why should the US gov't talk ooenly about possible secret weapons programs? Would be not that much of a secret then, would it?

I honestly think the residential school system was enforced and put to practise because of colonialism, ideas of white superiority and blatant racism, and, ultimately, control of the country, sort of like the white settlers acted in the US.

By the way, there are quite a few reading lists on FN (non fiction and fiction) floating around the web for those who do not know where to start.

I only know about the 1UP crew.

The heat wave in BC made it into our local newsfeed....stay safe. 🤙

And yes, Adam West, it might be the norm in a few years, I agree.....and we are back at the question, what can we as individuals do. Is it only up to the people in power, the big players and multinationals?

Man have to say.. Did no one give a shit when this was going on? Or was it another crimes against children show starring the catholic church?

It seems like the further back in time you go, the less anyone gave a shit, but the churches (not all of them were run by Catholics) did have the ultimate responsibility of making sure they were cared for and I would assume that the families of the kids were informed as to there well being.  Their attitude was so callous though I wouldn't doubt that they didn't even keep track of who the parents were.

I saw on IG a Catholic priest publicly stating in mass that "we should not forget the good things" that residential schools brought to these children.

I literally had to watch it a few times to make sure that I did not misunderstand him.

And I think even today quite a few do not understand, do not want to do so, play the history of the residential schools down or are openly racist towards FN.

Ultimately it all comes down to perspective, and if a person acts out of a position of (perceived) superiority and privilege, well, there is not much anyone can do except being in educating them again and again for a long time.

Where do you get a nice IPA in Germany?

Last time I was there, that style of beer was not on the radar afaik (granted - that was a 5ish years ago)

Quite a few breweries have caught up if in Berlin or in Hamburg or my area (near cologne). Difficult to get in Bavaria, but they got some nice stuff in some places apart from their wheat beer.

I never understood pilsner to be honest, there are times I have a czech Budweiser for memory's sake but other than that I try and be as open as possible, and find gems.

Belgian beer is really good, too. La Chouffe is all time.

well there is a lot of beer out there, this guy is hardly a beer aficionado so if he wants to go all we are cherman and we will rule ze beer world ... go back to baveria

I honestly have no idea what you are getting at.