Everyone has their skills. Me, I am a master at Internet sarcasm

However, I am completely lacking in mechanical and heck, other life skills

I want my kids to grow up knowing how to survive a few days if lost in the woods, find the big dipper, know what a wrench is (and maybe even how to use it)

I know the real answer. I have to learn that shit and pass it on… But should I have them in scouts or are they brainwashing kids and telling em to hate gays and gypsys?

I always thought boy scouts was the lamest thing ever until I found out that there were rock climbing trips involved. Joined in fifth grade and through the trips I was introduced to rock climbing, kayaking, mountain biking, skiing and other things that were completely foreign to my family members.

The brainwashing is very subtle and easy for a smart kid to resist. Plus it only came from a few of the leaders that I knew to avoid. Quit after a few years once I had more friends and a different support network to make trips to Tahoe etc.

Some very lame things in scouts but definitely a good way to be introduced to the outdoors.

Can we go back to the middle of the last century with our culture? Only in our hospitals and steno pools though… I have black, gay, lesbian, and arab friends who I'd still like to be friends with. Girls can wear sexy uniforms though… please and thank-you.

How do you feel about this recent pic?

A full body shot would have been better to showcase the sexy uniforms (as I imagine them to be) they're wearing. :clap:

And our leaders want high gas prices too. How much do they make off taxing our gas?

At the federal level, gas is taxed at a fixed rate per gallon, not as a percentage of cost. Lower oil prices would generate more tax revenue since consumption would increase.

Local sales tax revenue would increase with higher prices but states and counties don't quite have the same clout when it comes to invading countries to destabilize markets.

Last US Troops leave Iraq today. Surprised no one is talking about it….. nevermind, I see that the Golden Globe nominations were just announced.

That explains why I've been seeing a lot of this today: 1. All the hard to read looking books piled up on and around his desk

A few of which he probably wrote. Including this gem:

Try calling a few of the developers listed on their site to get an idea of price and development time.

Is this show worth getting into?

I enjoyed the show for a few seasons but now the story lines are so effed up and stupid that it's at the level of soap opera writing.

So if you're looking for a soap opera where the characters shoot and stab each other then let Sons of Anarchy be your guilty pleasure.

Thanks, it's posted on my Lava Life profile too.

I hope this project helps you hit every piece of ass on Lava Life. Nicely done. :beer:

The Fabric of the Cosmos

cmon, me and my buddy were talkin bout this shit in grade 9 when we were smokin weed in the woods next to the high school

Hey, why not? It would be selfish of us to insist that the only universe out there is the one we live in.

His thoughts aren't that crazy, those smart meters really can grab a lot of information and it's definitely not known that they will be protecting that info.

On another note its the first step towards charging people premiums during the peak usage hours.

Yes, rejoice! There will not be a party like this until Internet Explorer is defeated.

Yeah what are these guys talking about? You'd think that Steve jobs ran a company that was a huge part in flashes downfall or something by the way they are talking

It is crazy talk. Adobe did not concede to Apple (because Apple never cared anyways). They conceded to their own unilateral war. The downfall of Flash is due to Flash itself. Aside from a few games, it sucks.

there was a blazing saddles in seattle for a while and their bikes were shite. def. geared toward tourists (you even got a free water bottle!) dont know who else might rent down there but blazing saddles=scary

Yeah the tourist bikes definitely look crappy and they have those stupid annoying bells on them. A friend rented a decent road bike from them for a triathlon which is why I think they may have a few decent MTB's.

I can't really think of anywhere else that might rent. Maybe search for something in Fairfax. Tamarancho is there and very popular (and also very fun) so a local shop might have rentals.

If you end up riding Waterdog then also try to ride Corte Madera (park at Skegg's point on Skyline). My favorite XC trails and it's not that far from SFO either.

You're welcome to join me and a buddy on a road ride tomorrow as well. Paradise Loop:

I know, it's road, but it's awesome! San Francisco for road, North Vancouver for mountains.

All the tourists rent from them. I'm sure they have a few decent MTB's for rent.

Maybe he's trying to crater his campaign since he thinks he might actually win the GOP primary? 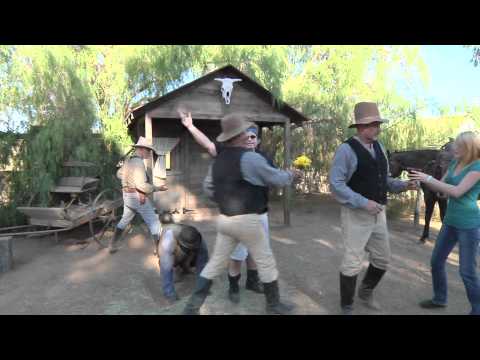