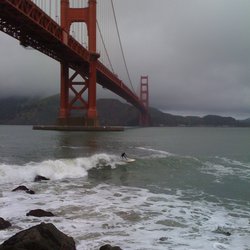 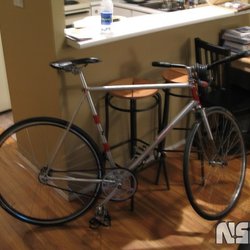 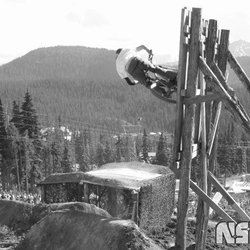 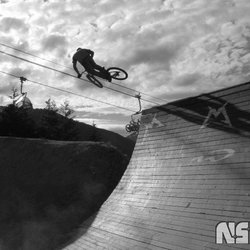 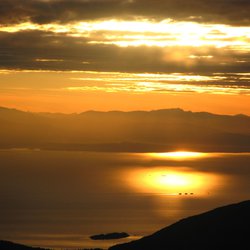 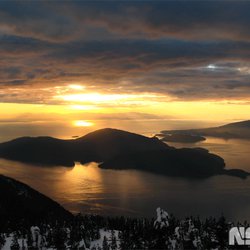 This shot reminds me of E.T.

Not sure who the rider is. If anyone who was at Bearclaw 2 knows then let me know please. thanx.

> > haha… mmmmmm GLC burgers are sooo good! kinda expensive though > > all the more reason to stay for extended play and get the GLC voucher.
>
> :japan:

nah dude, the chocolate cake at glc is the best! hey, how many people actually picked up their brocard glc vouchers? i'm guessing less than 10%. i only made it to step 4 of 6.

The Americans that are acting scared and stupid are the same conservative psychos that have always acted that way. They've just been acting really fucked now that Bush has been replaced by an African-American. Some of the antics are enraging but most of it is so far out there that it's just funny to watch. I don't think the psychos are growing in number…I hope.

I feel like things are going to improve under Obama. He's pushing a really ambitious and smart agenda so hopefully come re-election time we'll see a lot of progress and the Fox News sheep will have to STFU and GTFO.

I could be wrong though. After all, I am a brown man living in San Francisco so what the fuck do I know about "Real America" or how "Real Americans" think.

Lucky Lager when I'm in BC.

Bring back the Money Shot contest! That was my favorite thing on this site (Airprentice being a close second). Loved seeing new pics everyday and critiques from the pros.

That kept me checking the site multiple times a day.

too young for early retirement. too old for the jersey shore.

my little bro is friends with t.schragg

bro told me that it was like 90 percent acting

i met him once. seemed like a nice enough dude

i'm backing t.scragg in this. mainly because i like the clean dot notation in his name.

"i like free drinks and not waiting in line."

that's kinda hard to read. is my house on there?

Back to this mental health theory a few posted about…

I have a question - what do you mean by "mental health", only such behaviour that might be a serious threat to society (split personality et al.), or those minor issues, such as inferiority complex issues, low self-esteem and the like as well?

No I said they're making far more than me right now. I should have said, I need it more than
them right now (money that is).

or alternatively, say nothing at all.

"having less guns" is a naive notion. It's like wishing for a nuclear free planet. All
we can do at this point is mitigate. We know making them illegal won't work (look how
well that worked for booze or weed, or any other drug) even the death penalty won't stop
the illegal sale of guns http://www.niqash.org/articles/?id=3117, not producing them
won't work Pakistan hills a good example. Making guns isn't hard

Saying "it'll make them harder to get" is BS. Is it any harder to get heroin now than
40 yrs ago? How about weed? Cocaine? There's a lot of money spent trying to stop that
trade and a lot of people dying because of it, how many will die if we did that? Or how
much money would it take?

The Washington Post blog that Playhata posted suggests that having less guns is not a naive notion.

A lot of great points made in that post. One of the most informative posts I've seen in the last two days.

I'll fully support a ban on assault weapons. So shameful that we let the ban expire in 2004. I'm feeling optimistic that Feinstein's bill will pass, again.

Great to see you guys stoked on the Giants! So fun being in San Francisco right now. The vibe here is at it's best. If any of you were planning a trip down here then now is the time to do it!

The win in 2010 and the parade after are probably the two most memorable days I've had at home here. So much fun. Lost my voice and woke up sore after both of those days. Let's do it again!