Then don't check the thread. How simple is that? More importantly…it's other people chatting about THEIR interests. Your criticism means shit.

How can yea hate on Georgia Florida Line? They even did a song with Nelly, super sick.

I dont but Slayer does: 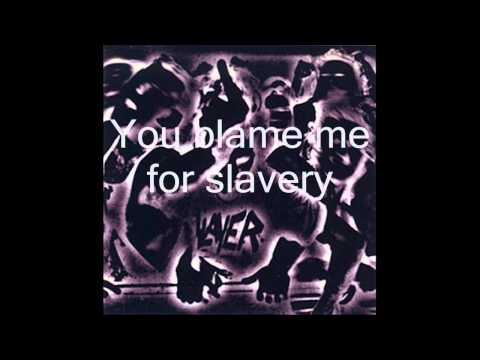 this should be your theme song :D

Slayer didnt even write this song… It's a Minor Threat cover.

^Agreed, super talented (all artists at Gastown are though).

Ignore the clique first. I find it ironic they parrot the same thing they make fun of - way to be individualistic NBR.

So for skytrain access, Funhouse along Cambie near 14th does good work from what I've seen (two to three pieces) and heard. If you're in the downtown area, Craftsman tattoo has a great rep but I was less than impressed with what He drew up for my foot (didnt have any aspects of what I said I wanted - shark on the foot was there, no black eye or blood in the gums. Hell it didnt even have an open jaw).

A little further in East Van is Electro Lady Lux (I think). They did my sisters and bro n law's pieces, which for the NBR cool kids, was to commemorate my sisters still born.

That's all I know of in the area listed. If you're out in Langley or can get out there, Lady Luck on Fraser Hwy is highly and personally recommended.

Electro Lady Lux is good, they're on commercial I believe. There is another all female tattoo shop in Gastown called Liquid Amber and they do great work as well.

The whole notion of "white privlidge" is a load of garbage, it is particularily offensive to the success that many people have through hard work and a good plan in life. The whole notion in an academic creation to perpetuate the victim mentality. The next nonsense concept will be "Asian privlidge", especially in Vancouver. I look at who is buying expensive homes and fancy cars, I don't make up some notion of one group being privlidged to explain it.

"White privlidge" is a nonsense concept like "rape culture". Does rape occur? Unfortunately yes. Is there a culture of rape? Not a chance.

I read the article. It is well written, but falls apart when you consider demographics and, well, reality. For example, the IRS did in fact intentionally target a lot of white people when they went after tea party and constitutional defense groups.

And to stay on topic…. I still believe that the shooter was a racist piece of evil that should spend the rest of his life in jail. Earlier I said "fry in the chair", I'm going to take that back, I don't believe in capital punishment as a punishment.

LOL to the fact you think white privilege is a nonsense concept and that rape culture is a false idea, cause both are very real things.

Just going to post names of some shops that I know that have artists who do great work/friends work out of. Sanitary Electric Tattoo, Gastown Tattoo, Black Medicine Tattoo, Strathcona Tattoo. There are many other really great tattoo shops in Vancouver though. I dunno if these ones have artists that match exactly what you're looking for, but they're ones my friends work out of or go to.

Rennie says it's time for everyone to give up on the home ownership dream.

In other news, Rennie has some condos he'd like to sell you.

They don't do a traditional pepperoni pizza, but the best slice I've had in a long time was from Don't Argue!

Just don't expect good service or the young, cooler-than-you, hipster employees to give any fucks. It's what's stopped me from eating there. Take out only.

Lol, all those people are my friends // my friends sister is the owner of that place. Would recommend it, but also dont wait to be served on, gotta go up and kinda get service for yourself.

As for a place, would recommend Fire Pizza on Commercial and 4th (believe it's 4th, could be 5th).