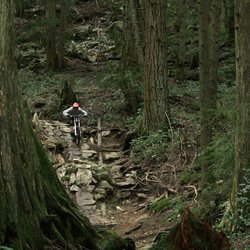 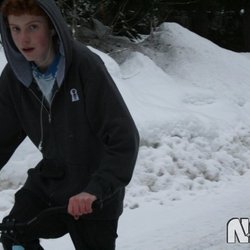 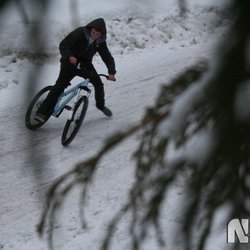 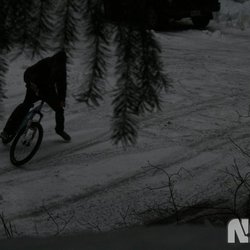 i wish we still had a world cup in bc

Punters beware… I'm coming for you.

You wanna know why early crankworx this year cause all the racers can make it this year ,normaly in aug it interferes with there other race plans .
Yes it will be a soupy mess i wount ride till end of aug .
Mid mountain has everything to offer plus you can get more laps in iff you stick to mid.

Early August is the wind-down time before the last part of the season, it was perfect for racers. Crankworx this year was planned during the UCI set dates for multiple National Championships. If anything it interferes with a lot more races than in previous years. Still don't understand why it's so early this year.

well, anyone thinks its time yet? Not the whole way up but from the first entrance?

Why is everyone complaining? It makes it possible for Canadian racers to race it due to Nationals and a Canada Cup in Pano during Crankworx. Whats racing without racers? Cheers to Seb for working around the CCA and finding a way to make things work!

Pretty much to the bottom I think. Lots can change in 3 months though

I recommend they actually have racers that race at an elite level on the trail crew, after some shenanigans last year us juniors had to do some trail work with the trail crew and it was embarrassing how little they knew about maintaining and taping a downhill track. The course itself is good but lacks features and could be improved, MOAR HUCKS! If liability is an issue just have the pro lines open to elites/jr. expert. And please please do something about that finish, take that berm out and just have a super booter towards the village for a finish.

I find anyone saying they didn't enjoy it insane, its time that theres a movie that captures the true vibe that surrounds riding, not just racing and kids hitting dj's. I was cursing myself halfway through looking outside at the snow. Stance Films give yourselves a pat on the back, that was the best bike film I've ever seen! Also having riden half the trails in the film gives me a big appreciation for it, makes me want to move to Nelson/Rossland!

I do curls, and sit ups. My beach bod is lookin good, my biceps are bigger than yours.

To everyone hating on Zink and thinking Gee should have took it, look at the progression of big mountain skiing in the last 10 years. It's manditory now to trick your way down while still hitting the gnarly lines. The winner is the best at every aspect of skiing the line. Now don't get me wrong, Gee and Claws lines were amazing. But Zink's line was the most diverse in my opinion. That run just set a new benchmark for what can be done on a mountain bike. I'm already excited to see what Rampage 2012 brings us.