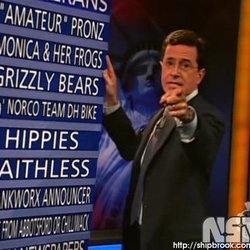 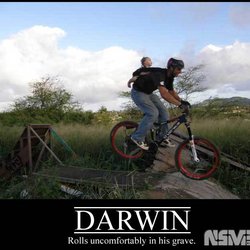 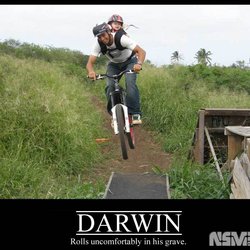 I own 2 Vapour Jackets, the OG Digi Camo and a flat black jacket. Both size small, both fairly roomy on a stick figure like myself. Camo for bikes (and it smells the part) black for around town and when acting like a beater on skis.

Minimalist freeride based jacket, with stretchy materials. The hood is/was meant to be worn over a half-lid or under a full-face on the original versions. Doesn't breathe well like stated, so I often climb up without a jacket, then throw the Vapour on for the down.

Giant CF road bikes use the same 2 bolt collar. I wonder how many cracked seattubes from over-tightening before they went to a 2 bolt?

The regular Trance solves the issue by specing a 140mm fork and 67˚ HTA. SX model is a beefed up version

You forgot Flannel shirts, and Chromag anything

Walking out of some chicks hotel room sunday morning.

Yeah the baggies and visor held her back.

Giant did have the Trance 29 a few years back. Then they went all in on 650b. I recall Giant 29s having long CS compared to the competition in the respective categories. Others can explain in more depth.

A Zee grade drivetrain and brakeset can be had so cheap it's not funny.

YT is also one of the top 3 OEM purchasers of SRAM , RACE FACE , and I think FOX .

LOL. Any actual facts to that claim or is that just a good sound bite?

Also regarding SC early days, almost every damn bike broke in those days.

That isn't what I said.

Quit thinking that SC bikes are still welded by SAPA in OR and that they're owned by a massive investment company.

The Tues Pro is $5799 CDN.
https://ca.yt-industries.com/detail/index/sArticle/1320/sCategory/436
Going to be difficult to touch that price. I had good experience with the Guide brakes on the Slash 9.9 I demo'ed. Even not wanting to gamble on SRAM brakes a swap to Saints would be under 6gs.
I'd install pedals and maybe TLD ODIs and ride.
How much is a 40 FLOAT cartridge? :lol:

A Glory Advanced 0 and Reign or Trance is probably close to the same price as the V10CC isn't it?

Price of carbon could be decreasing but constantly retooling molds is a huge capital expense. Are bikes even getting a 3 yr life span out of a mold now?

For DH and Enduro racing carbon frames are a terrible application. You kill current model sales as soon as a future model test mule is spotted by the public.

I can only hope Trump can use the strong leadership skills he displayed in "The Aprrentice" and "The Celebrity Apprentice" to clean up the MESS he inherited and #MAGA.
https://twitter.com/realdonaldtrump/status/832945737625387008

How long has "Atomic Football Roger" been the nuke carrying cat? Took less than a month of Trumpism for that info to come out in public.

His lil spat with Mark Cuban the other day was cute. Divert to that while N.Korea tests missiles.

No need to make things up when Trump is perfectly capable of doing that on his own.

I use the amazon.ca Visa for everything. Failing that I hit up a proper bank machine to get that slow money.