I heard about that [HTML_REMOVED] forgot, is that all summer or just for events like bike races ?

All summer from what I've seen the last two years. Try and get a spot on the right side of the lot, its shaded in the morning and you'll get some extra sleep.

I've also slept in the back of a truck in the gravel lot at the bottom of the lift, we were a far enough away that the golfers wouldn't see us roll out of the truck in the morning. As long as you're not doing anything crazy I don't thing its a big deal.

Silverstar you can stay in the parking lot. When my friends stayed there 2 years ago they had a power outlet and a communal fire pit available.

There is an RV/tent lot at Sunpeaks. I think it's parking lot 4 up by the pool.

hipsters on road frames with 700x23 and flat bars

I thought for sure Tungsten was a hipster.

Kid cheats in class, gets kicked out, parents sue

My dad's mantra was, "I brought you into this world, I can take you out". And, of course:
When you're 18, you can move out or pay rent.
When you're 18 you are moving out or paying rent.
When you're big enough to kick my ass, you can do what you want.
When you're paying for the food, you can eat what you want, until then eat everything on your plate.
If your mom slaps you, you take it, if you raise you arm to block it next time I'll slap you.
If you were stupid, I wouldn't care what grade you got, but your not so do better.
If you want to go to college, you better do good enough to get a scholarship because I sure don't have that kind of money.
The worst was when he'd look at me while grinding his teeth so loud you could hear it
in the next room he was so mad.

In all my years growing up, he never hit me except for spanking. But I never once felt
the threat wasn't real. I hear kids today yelling at their parents and cursing them out
in public. If I were to do that, I'm sure all of the above threats would have come to
pass.

My dad was similar. He helped with college but it wasn't a free ride. No grinding teeth just a look that I should know better than to do that again.

I have the same expectations of my kids that my parents did of me. If I don't teach them to be respectful, polite and honest who will?

Probably very few. Redford one a stronger majority than Klein's first. That cannot happen in the face of a competing right wing party in this province without deep seated party loyalty - there isn't any disputing that, but you have to be from here with a loyalty to the PCs to understand. This was an election in a boom. Everybody has a job, everybody's job is paying well, people who are starting businesses and not leveraging themselves out of work are doing great, we don't have any debt, our students rank amongst the best in the world, our health care system is awesome outside of the major urban centers, and there's an abundance of just about everything a guy could think of. Right now in Alberta it's pretty much impossible to be a fuck up, unless you tinker with drugs, and Redford's continued funding of community action programs in Edmonton is proving very successful in dealing with that aspect of our culture - finally, we've got somebody that doesn't just ship them to you. People don't vote with their head in the sand here.

The polls were only targeting disgruntled or stupid people - why? Because when people who are happy with the government get a call, it's usually at a time when they're busy with work or play, and they just hang up. Even stupider are the Newspapers who believed them. The PC party had internal projections predicting almost exactly this make up of the Assembly… media polls are garbage - and the Wildrose are dirty.

Amen to that. I got at least 5 calls and hung up on all of them.

The PC's in AB know the majority of people here aren't far right bigot morons. The WRP will hopefully die out now.

Oh sweet Jeebuz. more Mormons in politics. I cringe at the thought on Romney getting in down South.

I don't know many people that are going to vote for the Wildrose. Hopefully they'll end up being a fringe party.

i know that when im about to die, my one regret will be that i didnt spend enough time at work.

I'm lucky and don't spend countless hours at work; I drop my kids off at school in the morning and leave early to pick them up for sports and dance.

The difference is that here people can work a normal amount and be comfortable (house, newer car, savings and a retirement) or bust their ass and have more.

As for the douchebags; we have lots of them but so do you. They're everywhere you can't get away from them.

While someone already pointed it out, I prefer this site as it allows you to pin-point almost exactly where Albertans actually pay less (over 125,000ish) up until then BC is a lower income tax prov.

Good thing I make over $125K/yr and have for the last 6 years. Most trades people I know make over that a year in AB. It's not hard when you want to work for a living.

It's a race bike with lights, high maintenance. Really nice ride though. KTM has had some real bugs with the 350 motor. It will be a great bike once they get it sorted. I am thinking of getting the 2013.

Oh and good luck finding one on the showroom floor. They are sold out everywhere.

I can do the maintenance myself so that's not a big deal. I've heard about issues with the FI that scare me a bit.

There is at least one in Edmonton that I know of and I saw 2 in a shop out in the Valley last weekend.

I haven't had any bikes with motors in 10 years and this thing seems like the best of what I'm looking for. Something I can rip up to the grocery store on or throw in the back of the truck when we go camping.

Silver Star to get a BC Cup

The guy that's putting on the SS race is the same guy that does the Western Open. I'm betting it will be awesome. 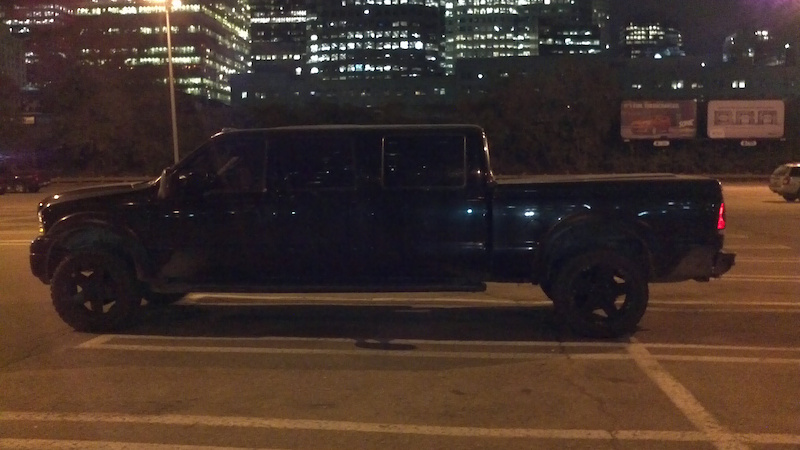 From what I have read…

Lots of the people work for state run companies and they have tons of social programs and services but no one pays taxes to pay for the services.

People are pissed because they've had it good and haven't had to work hard or pay for it. Now they're broke and they're F'ed.

Sounds like Italy and Spain will be in the same boat.

I don't understand the not paying taxes thing; I mean I hate taxes but I like roads paved and hospitals more than I hate taxes.:)

Just like everyone else on here - please help me win a contest! [BOOBS INSIDE]