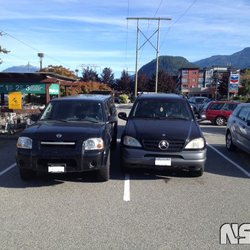 Title: Getting Close
Posted by: chupacabra 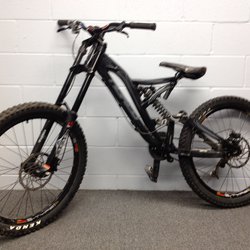 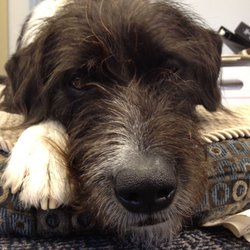 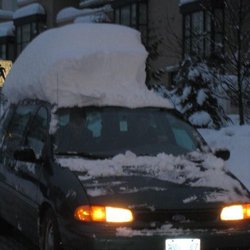 "A New York jury found the Trump Organization, a group of business entities owned by former President Donald Trump, guilty of tax fraud and other crimes."

Justice may be blind, but damn can she smell money. How can an organization can commit fraud for a decade and get a slap on the wrist and no charges for the executive? It is bullshit. Does anyone else here own a company and think they would skate by pleading ignorance? Even Weisselberg is only getting 6 months and a fat bonus from the Trumps.

Not sure if any of you follow the weekly show/podcast This American Life, but they had a great episode this week that included a section on the election deniers in the US and what one guy in a Texas district is doing to push back against them. It's a fascinating look into the minds of the deniers and also a great look at how effective Texas elections administrator Heider Garcia is a dealing with people that try to disrupt the elections process. It's 25 minutes and well worth the listen.

I haven't listened to it in a while.  3 hours in the car today too.  I need to add it back into my podcast rotation.

Not up to speed yet but listened to a quick snippet about what the premier of Alberta has been trying to do in the legislature. Isn’t that the kind of thing the convoy folks have been rallying against? The powers to ram new policies through in private away from public scrutiny. Also the ability to ignore whatever federal policy she doesn’t agree with. Feel free to straighten me out. Now back to bleeding my brakes.

They should be pissed (but won't be).  From what I heard it not only avoids public scrutiny but also sidesteps all elected officials.  You know, people's rights.  Who needs those?

This is how I see it as well.  They should also stop the gun-banning bullshit while they are at it.  I am cool with banning handguns but there is no need to piss off every hunter across the country.

The gun ban BS is such a joke. Earlier part of this bill tried to include Paintball and Airsoft gear in it. It was pretty much laughed at.

Hey while we are at it....Can we get Ottawa declared as a separate Capital territory?

Ya, I am surprised at how far they have taken this.  They already scored their political points, why keep going?

Can't he just have a stroke already?  I don't want to wish anyone harm but nothing else will get him off our TV screens.

I was living in a house that had about 8 wooden steps leading up to my porch at the front entrance when a cop came by and knocked on my door.  I can't remember ever having the cops come to my door before that, but I knew it was a cop immediately just from the deliberate intimidating slow stomping that they often do.  There was about a 10-second delay before he knocked as well.  That is their style.  They want you to be a little nervous.

Turns out he was just there to give me a ticket.  Someone had called in and reported me for passing them on a double solid line and the guy must have had some serious clout for the RCMP to pay me a special visit for a traffic violation the police didn't even witness.  That was a first too.

My mom and borther are the exact same way. my mom never gave a rats ass about politics and now its the same story as above. I really dont get it. I saw this thing where a baby was having a heart operation or something and the parents canceled it cause of the possibility of donor blood having come from a vaccinated person.

How fucked do you have to be to risk your baby's life over a vaccine?  Don't they wonder how so many of us have received several boosters and manage to survive?

If the liberals were smart they'd put a new leader in place now so they they'd have a fresh look for the next election. That might extend their run vs. trying to sell Trudeau to the voters again.

This is how I see it as well.  They should also stop the gun-banning bullshit while they are at it.  I am cool with banning handguns but there is no need to piss off every hunter across the country.  The longer they wait, the harder it will be and they might end up in the post Paul Martin doldrums again.  The Conservatives and NDP are not resonating with that many people so it is a good time to take a risk.

But they will all probably do exactly what they shouldn't and make us all hold our noses at the ballot box.

I guess dinner with white supremacist Nick Fuentes and anti-semite Ye is a bridge too far?

Or maybe not for the worst of the worst in the GOP.

The funniest part of all of this is that Ye asked Trump to be HIS running mate in 2024.  Holy shit!  I would have loved to see Trump's reaction.  Can you imagine the train wreck that would be that campaign?  Or worse, that administration.  I think someone ought to consider making this an alternate-history flick.  Assuming of course it doesn't actually happen... it can't happen right?  Right?  Oh god, could it happen?

I recall a certain esteemed nsmb member confidently telling us that Trump could not win the election.

Exactly.  I realized as I was writing that anything can happen in a US election.  Lessons were learned.

The supporters have whipped themselves up into a victimhood frenzy.  My sister is a supporter of the hippy healing crystal variety and I have back-and-forth text conversations with her over it all.  My brother quit our chat because he just gets too mad about it.

Just this morning she said "So hard to see friends and loved ones being totally OK with me having my rights taken away.  This may sound extreme but I don't think anyone would save me from the gas chamber."  WTF?  This is how insane their sense of victimhood is.  She is wealthy and as far as I know, the only hardship was that she couldn't go out for dinner when the passports were in effect.

This is from a woman that would get mad if we argued about politics at Thanksgiving a decade ago.   She is totally fucking brainwashed and sends me links from crackpot Youtubers but nothing makes her reconsider a thing.  She rails on about the lying CBC and mainstream media, then sends me a Youtube video hosted by a couple that is going on about how the left covered up that COVID was a man-made virus from a lab.  I show her that we don't know where it came from and that even if it was a lab leak it could still be totally natural.  I show her the that hosts are a married couple that used to be hosts on Fox and MSNBC and had to flee the country after ripping people off in Real Estate.  She just thinks I am shitting on her and I don't care about her rights.  Logic be damned.  What rights exactly?  She can't really say, but Trudeau is 100% a tyrant.  It is super frustrating.