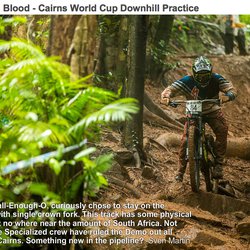 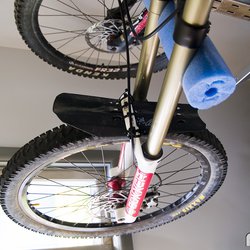 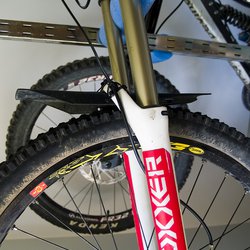 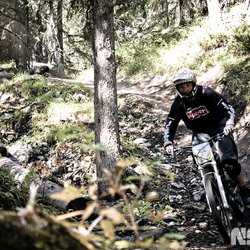 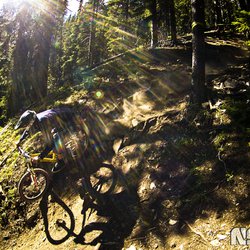 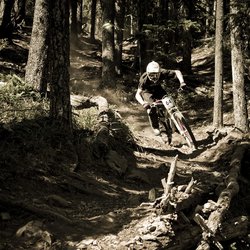 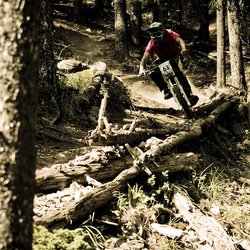 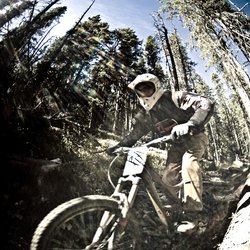 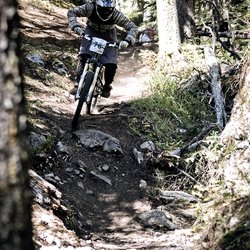 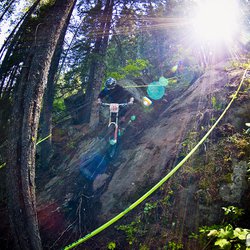 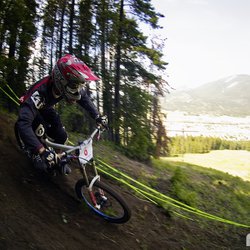 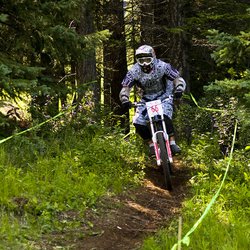 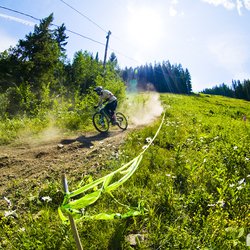 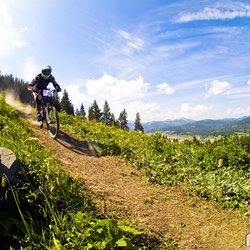 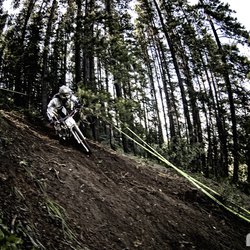 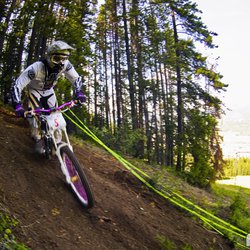 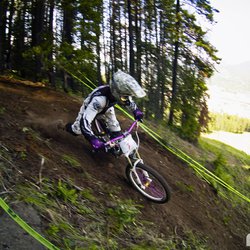 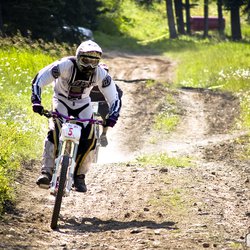 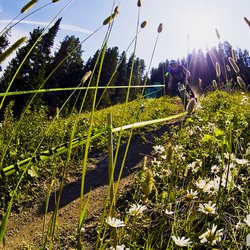 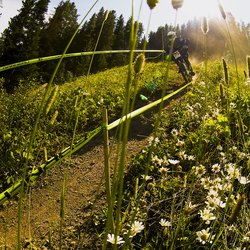 That was the best coverage of the event by far. I'm amazed at the level of bike control these pros have, how they can get into some of these lines is amazing, especially at these speeds on such a tight course. Looked like a great event.

I can't wait to see this movie. I have no idea what's going on here, which makes me want to see the movie more.

this is a crazy good shot. is there no snow in montana right now?

nice picture. i think if you clean up that wood and green from the gap, and a little bit of the clutter along the ground around the jump, that would add to the picture.

very nice. i don't know how you get edmonton to look that good. i really enjoy all your b and w's.

very nice composition. i usually don't like park shots, but this is very unique.

i love the lighting, but looks like more of an xc affair than a full-face helmet mission.

Haven't run the hillbillies, but have used the maxxis shorty extensively. They come in a larger variety of sizes/compounds, including some nice higher volumes. They roll surprisingly fast for what they are, I often pair a shorty on the front (2.4) with a rock razor on the back. This review had the combo of shorty with dhf rear come out on top for enduro tires: http://enduro-mtb.com/en/the-best-enduro-tire-seven-combos-in-comparison/9/

I've had a few orders take up to a month, always held up by customs. One order never arrived though, and I filled out a simple form and they shipped another and received it within a week. You can consult their website for details on the process and wait times before filing a report.

Would snow and off-road performance be better in a Highlander or a Forester?

I think it likely comes down to tire choice. The highlander does come with a snow button, which actually works surprisingly well, alters the program, shifts power ratio between the wheels, and it also has a descent control which is fun. Clearance is an issue with the hitch rack, as it's after-mounted below the bumper. Not sure how that compares to the forrester, but I'm sure subaru folks would tell you the forester has a better 4 wheel drive system, it just felt a lot more like a minivan compared to the highlander. But depends on off-road requirements. I've seen two wheel drive cars in a lot of places that surprised me.

He posted a few pages back. 10l/100km consistently and is a good vehicle.

not sure on the newer generation Highlander, we have the 2013, v6, non-hybrid. It's been great, drive lots for biking, Calgary into BC each summer, have over 150k on it from Dec 2013 already. We get about 8.5 to 11.5 combined without the ratrack and 4 bikes, and usually between 10.5 and 13 when I'm driving like an asshole with bikes loaded and shuttling mt. 7 or Fernie. It's a great road trip vehicle, back seats lay flat, can fit a full double size bed in the back if you build a plywood cover over the wheel wells, with room for drawers under for all the bike gear. And it seats seven if needed. Brother in law has a forester, and it's significantly smaller and less power than the highlander.

hows the ridgeline off road? shit, im sure.

but I don't think it would great for city driving.

I've seen a few of the new Ridgeline's in person and they are smaller than a Taco. Better for Van driving, worse for rear passenger space? On paper it reads like a Honda. Practical, not huge power, more car than truck, etc.

"When it comes to comfort, these two trucks aren't even close. The Ridgeline's crossoverlike construction grants it a plush ride free from the rigid, bouncy body motions offered by the Tacoma, which only get worse when its off-road trim levels are specified. The Honda's cabin is also exponentially more comfortable and spacious than the Tacoma Double Cab's, not only in the back seat, but up front, too. Not only does the Ridgeline offer a highly adjustable driver seat, but the Tacoma has an awkward, incredibly low driving position with no height adjustment"

I've spent a lot of time in the original Ridgeline, and it's great for probably what 99% of people need a truck to do, even if they think they'll be towing giant boats up mountains and not just going to the mall. The new Ridgeline seems to be an improvement in every way, especially looks, compared to the original. I have a Taco for a work truck, and am not very impressed, besides reliability. I own a highlander, which has been great, way more fun to drive than the tacoma, but I think the next vehicle might be the new Ridgeline.

I had it once but it hasn't been a problem since.

And after posting yesterday that I hadn't had this problem my axle backed out last night, so now I've got that to look forward to

[INDENT]No axle issues so far, and I run a vivid coil which I've been very happy with, so no issues on getting the monarch setup
[/INDENT]

What's the best avenue at the moment to donate directly to help out? I understand Redcross has been one spot - What's NBRs thought on this before I donate?

I would use the lockout on fire roads only. With the right sag setup actually quite efficient. The vivid coil i have on now has no lockout, and i thought would suffer the climbs, but iI haven't noticed it really at all. My biggest problem with lockouts forgetting take them off.