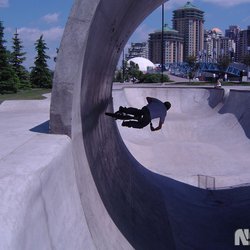 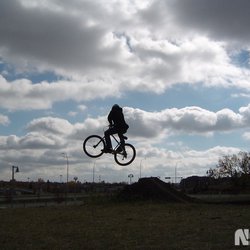 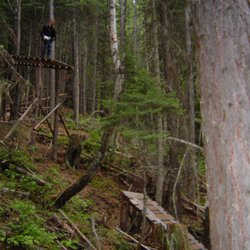 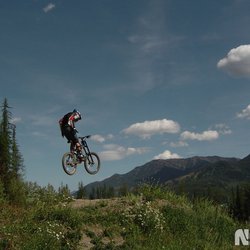 Title: no hander in fernie
Posted by: ferniebiker

Love the first video! I totally agree, I've never been able to sit around and watch sports it just doesn't make sense to me. I'd rather be doing than watching any day of the week!

I think the development of stores like bow comes down to economics. I think there are more people in Calgary with more disposable income and than Vancouver and that allows these shops to have huge stock. I think CC is like second or third for moving the most Santa Cruz bikes(in the world). Lots of cash + close to the mountains = people want to play

One thing that can absolutely ruin a ride or weekend is people not offering some cash for gas. I own a truck, lots of my friends do not. I don't mind shuttling, heck i don't even mind my truck being dirty ALL the time. Bitch about $15 vs $10 for gas or worse, don't even offer money at all and I may just boil. For the amount spent on insurance and maintenance alone there is a reason that these deadbeats don't own trucks. Don't bitch about pitching a couple bucks.

I met him yesterday up on cypress, gave him a ride back to his truck. So weird to see this article today.

Legendary! Those kids know how to get er done!

There should be lots of space (since we have more seats than tickets), but come early if you want to make sure you have a seat as I have no idea how many people will come.

What time will the movie start? Didn't include that in your post.

Tickets are now ready to be purchased at Dunbar Cycles!!!!!! UBC Cycling Club presents: From the Inside Out

Written, directed and edited by The Coastal Crew and produced by Anthill Films, From the Inside Out was filmed entirely in British Columbia, the birthplace of freeride, and features some of the worlds best freeriders, including: Brandon Semenuk, Steve Smith, Thomas Vanderham, Matt Hunter, Graham Agassiz, Mike Hopkins, Kenny Smith [HTML_REMOVED] The Coastal Crew.

This is going to be a ridiculously good film and we're excited to premiere it here at UBC. Presented by UBC Cycling Club with sweet schwag!

When: Tuesday November 15. Doors at 8:00pm, show at 8:30pm.
Where: UBC NORM Theater
Cost: $10 at the door. Tickets now ready at Dunbar Cycles. First come first serve. $5 for members
All ages: yes.
Beer:At the Gallery
Only $15 for students to join the club and take advantage of our sweet perks.

Invite as many people as you can so we can make this a rad event!!!!

The ubc cycling club will be hosting a second showing of the film hopefully the week of nov 7 so if you can't make the premier, never fear!