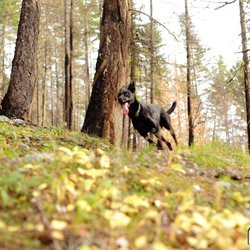 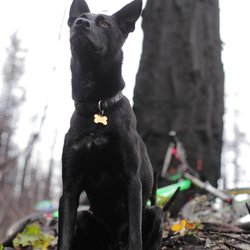 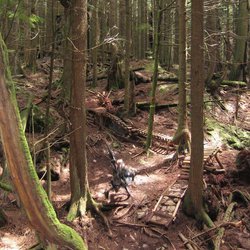 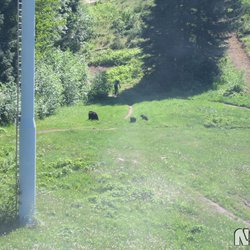 Haha great comments.. Been year's since I've thought of this picture.

"Guess you should have tried the hard line.. " - Johnny Smoke post crash

> Not one I'd poach and hang on my bar room wall.

Err, that ain't no poach son.

Nice one Willy And Kendall !

Said the one whos never hit it…

Well, they're out in farwell.

Lots of cactus that explode..

Kenny Smith shreding it up!

Weather will likely be good.. but have a back up plan ready. Our late Sept. WArner drop got cancelled last year due to low ceiling.. Good luck!

Yeah before and after a couples times each. Meh.
I put "epic" in quotes for a reason.

Well Clark, from what I've read Sandy Fowler in 1922 was working on the trail for miners. That trail was built for a purpose, not to be a mountain bike epic but a trail that has been enjoyed by generations of Pemberton family's. I think it's pretty cool how enjoyable it is today in a way never intended on nearly a century ago. I bet the original builders wouldn't be able to conceive how we we're able to enjoy their 'day hike' descent to the meadows in 20 minutes!

I wouldn't really consider it an "epic". Climb all the way up and down JTR is much more of an "epic" in my opinion

Are you pedaling Tenquille up the old hurley or shuttling and comparing apples to oranges?

How about next time you've got to be on the same type of bike that you're a part of a team for… Oh yeah I forgot, it totally makes sense that a team specialized rider won it for the 'team rocky mtn'! :P

Awesome event which thanks to the format I thought was definitely more fun for everyone this year, see ya next time. Thanks Wade [HTML_REMOVED] co

Its not the junctions, its all the trails going off to the left at the bottom… we stayed on the one going straight across and ended up on the main road.

Well, that is a junction. Moosejah [HTML_REMOVED] Crosstown intersect at that spot, where Moosejah goes down to the road to finish. Crosstown builders wanted to continue on to Mission Impossible but would be run over by people descending down the bottom of Moosejah, thus the second higher bench. Unfortunately we can't exactly hold people's hands when they switch from trail to trail..

But if that bothers you, you should probably never ride NIMBY's as it's becoming straight line paths between the hairpins these days. Stay on the trail people!

the whole province is really. just more racers/capita here in the lower mainland

very very fast riders elsewhere in the province. there just isn't a race scene and they have no interest in pursuing it

like i said before, i know several joe shmo hometown heroes who could lay it down on both bc and canada cup circuits

Hate to break your heart, but just cause your fast on your local trails doesn't mean you can hold that speed on a race course.

For example, many who crush Phat Wendesdays come out and find themselves being pack filler at BC Cup's. Not to say it's hard competition necessarily, but being able to shred your local trails or a bike park doesn't mean your able to 'bongtoke' your way to first place.

Spoke with the big man… Potential weekend after Thanksgiving. Looks like qualified first aid could be the hang up, if anyone has any leads regarding FA let Trev know.

No more FB Challenges unless someone else wants to organize it.

I will look to get more details before claiming it.

As last year's Champion, I was extremely disappointed to show up to the first BC Cup of the year and have to sport the #500 plate.. I guess there was two more important cross country races, so we couldn't get a proper set of plates? That opened my eyes to the condition CyclingBC was in After-Tanya.

Also, thank you very much to everyone who volunteered to help BC downhill racing.. In no way is this directed at the field staff. Cheers!

they were up on the site about 2 hours ago…

And yet again, half-assed cycling bc drops the ball.

Nothing regarding a BC cup on the front page with race results hidden deep in the site, and apparently no one in BC races have any sponsors. Way to help grow your series CyclingBC..

PS; We all miss you Tanya!

I'm guilty in this case and really regret being part of that group that was in no rush to sign up early. Sorry Karla [HTML_REMOVED] Dan.

I would like to extend a big thank you to Greg [HTML_REMOVED] Denise, Karla [HTML_REMOVED] Dan and every single one of the volunteer's who helped make Red Mtn an exceptional stop every year it was held.

there's a Shore Toonie race July 16, which came about because a lot of people asked for it. just sayin…

That has nothing to do with the vast majority of Canadian DH racer's not pre-registering. Darryl is trying to make a point, which more of us should heed. Toonie races are sweet, but not even close to the issue in this case..